Far more of Timbuktu's priceless ancient manuscripts were saved from Islamist attacks than previosly thought, according to information from the German Foreign Ministry.

More than 200,000 of the documents, or about 80 percent of them, were smuggled to safety, says the ministry, which aided in the operation.

The ministry said many of the manuscripts, some of which date back to the 13th century, were driven out of Timbuktu in private vehicles and taken to the Malian capital, Bamako. Some of them were hidden under lettuce and fruit in an operation led by the head of the Mamma Haidara Memorial Library, Abdel Kader Haidara.

The German embassy paid for the fuel and procured archival boxes to store 4,000 of the manuscripts. German Foreign Minister Guido Westerwelle said the priority now was to catalogue the manuscripts and preserve them for posterity.

"We are ready to support the reconstruction of the library in Timbuktu," said Westerwelle.

Timbuktu was captured in April by Tuareg fighters whose separatist rebellion was later hijacked by Islamist radicals who imposed Islamic law. The Muslim militants torched a world famous library in January. They also destroyed dozens of ancient shrines in Timbuktu that are sacred to Sufi Muslims, calling them idolatrous and un-Islamic.

France launched a military intervention in Mali, its former colony, in January to stop an offensive by Islamist fighters who seized control of the north last year.

Along with their African allies, French forces drove the rebels out of urban areas but now face the threat of a guerrilla war. They are fighting the rebels in northern Mali's mountainous border with Algeria, and casualties are mounting. 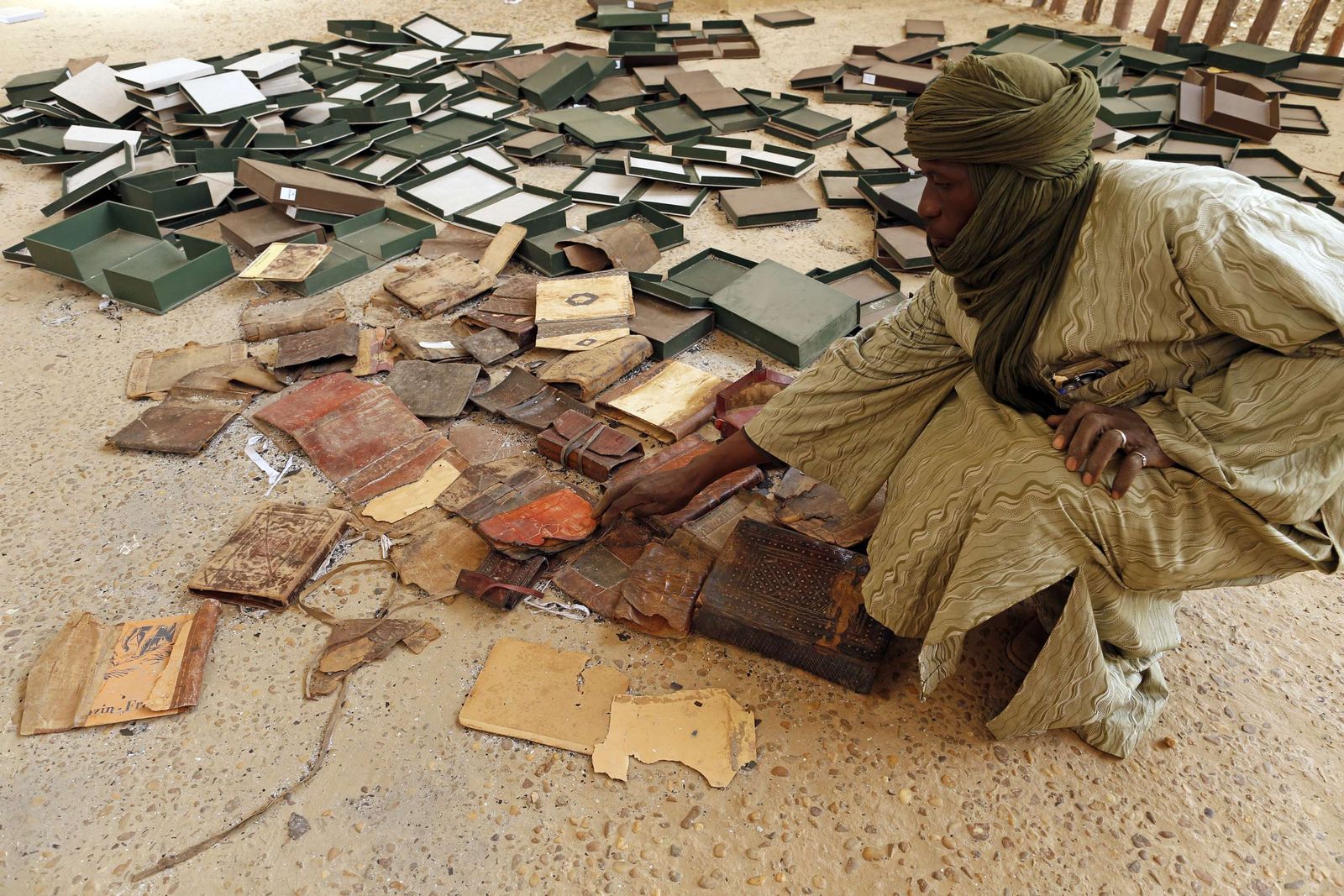 A museum guard with boxes of ancient manuscripts partially damaged by Islamists in Timbuktu in January.