SPIEGEL ONLINE: Ms. Dalelv, your pardon was announced very suddenly on Tuesday. Do you have any idea what led the government in Dubai to make the decision?

Dalelv: The Norwegian government, but also the social networks, created pressure to pardon me. That's just my personal speculation because no one told me the reason why.

SPIEGEL ONLINE: The news of your pardon must have come as an immense relief. How did you first find out?

Dalelv: My lawyer, an Egyptian who has been living in Dubai for 16 years, got a call from the prosecutor that they wanted us to come in for a meeting the following day. So we went there -- my lawyer and me as well as two friends and the Norwegian ambassador.

SPIEGEL ONLINE: Were you given an apology?

Dalelv: No, I was not. They only pardoned me. And for that I am very grateful.

SPIEGEL ONLINE: People around the world now know a lot about you. They know your name, your face and where you come from. Why did you decide to come forward publicly with your story?

Dalely: In the past months, I was in frequent contact with my family. Together we decided that we shouldn't contact the media at that stage because it could hurt my case -- that they might use me to set an example.

SPIEGEL ONLINE: At the very latest, that did happen with the verdict …

Dalelv: … and it couldn't have been any worse after that. So we then decided that we would have to go public and let everyone know what had happened. My father actually said, "Marte, now you have to talk to everyone." So I did. I was fighting for my life.

SPIEGEL ONLINE: Reports in the Arab press claimed that you withdrew your rape allegations prior to your trial, that you admitted to having had consensual sex. Is that true?

SPIEGEL ONLINE: Why did you do that?

Dalelv: The police and prosecutors told me that this case was extremely difficult to prove, and that there was no way anyone was going to believe me, not even the courts. They said the best thing for me to do would be to withdraw my accusation about rape, which would make it easier for them to close the case and get us out of Dubai. Even my boss at the time encouraged me to do this.

Dalvev had worked since 2011 at an interior design firm in Qatar . She was also in Dubai doing work for the company, and the man she accused of raping her also works for the firm. According to her account of events, she took a taxi with the colleague to a hotel after a party in March. She was drunk and asked him to take her to her room. Instead, after a bit of persuasion, she went to his room, where Dalelv fell asleep. She alleges that she was attacked the next morning.

SPIEGEL ONLINE: Suddenly you were accused of being a criminal because extramarital sex is illegal in Dubai.

Dalvelv: That was a huge mistake on my part. At that point, I just wanted to go back home. Later, in court, following the advice of my lawyers, I went back to telling the original account, that it was rape.

SPIEGEL ONLINE: But the judges didn't believe you.

Dalvelv: I got the impression that they did believe me. We had evidence -- a DNA match, surveillance camera video and also a witness. When we got the verdict, we were very surprised.

SPIEGEL ONLINE: You never publicly named the man you accused of rape. Why not?

Dalvelv: Out of respect for his family. I will only say that he is from Sudan. We had been colleagues for a year and a half. I don't want to give any information about who he is -- that is entirely his decision.

SPIEGEL ONLNE: Have you been in contact with him since that night?

Dalvelv: No. However, he has been to every court hearing, so I have seen him every time. He got a sentence of 13 months, but he was also pardoned like me.

SPIEGEL ONLINE: When did you go to the police? Was it right after the fact?

Dalvelv: Yes. I was being raped when I woke up. There was someone at the door and he was answering it, and at that point I just ran for it. I ran to the reception and immediately called the police.

SPIEGEL ONLINE: How were you treated afterwards?

Dalvelv: My experience was that they did not believe me. There were lots of question that I based that feeling on. There were questions about the intercourse and they said that they didn't believe it. After I had given my statement, they asked me if I called the police because I didn't like it.

SPIEGEL ONLINE: Your employer fired you several days ago.

Dalvelv: That's true. I was suspended after my arrest because of "improper behavior." And after the guilty verdict, they fired me. The suspension letter was hard, but the termination letter was even harder. It was a very hard message.

SPIEGEL ONLINE: The most recent reports in the press suggest your boss wants to give you your job back. How do you feel about that?

Dalvelv: I have seen that article and I think this is something I need to discuss with my boss before I give a statement about it.

SPIEGEL ONLINE: Ms. Dalvelv, you come across extremely diplomatically -- we thought we would be speaking to a person who would be far more outraged. You even had friendly words for the government in Dubai before you left. Did anyone seek to intimidate you?

Dalvelv: This whole time that I was in Dubai, they could have done whatever they wanted with me, and that was very scary. But we also have to be honest here: The emir pardoned someone before that person went to jail and that has never happened before. I just choose to be happy about the fact that I got to go home and didn't have to go to jail for 16 months. I don't want to think about all the other issues.

SPIEGEL ONLINE: Could you imagine ever traveling to an Arab country again?

Dalvelv: Here, too, I have to give you a very diplomatic answer. There are so many places in the world that I haven't seen yet, so I wish to explore those places before going back (to Dubai). 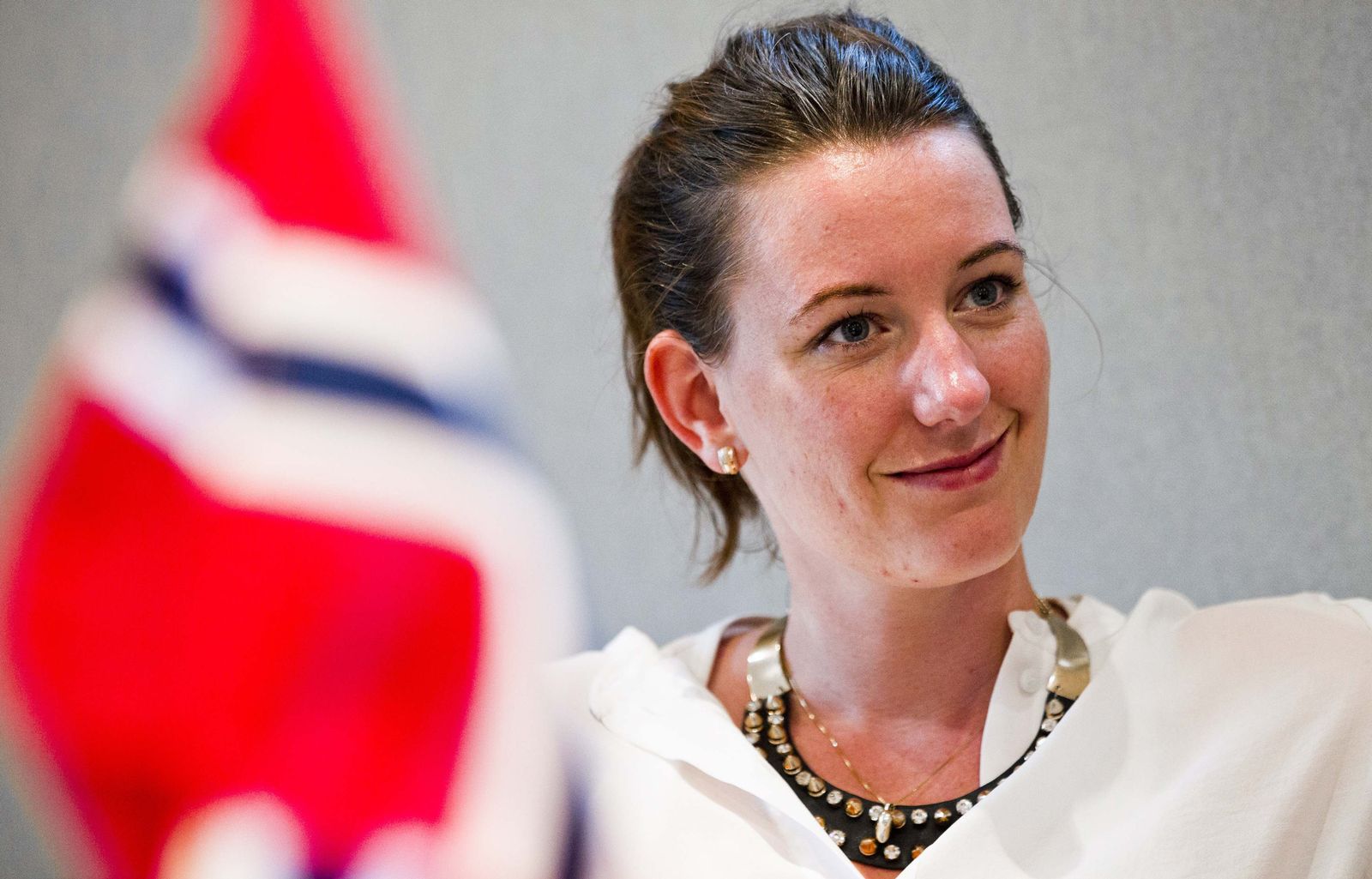 Marte Dalelv at her mother's home in Norway: "I just ran for it."