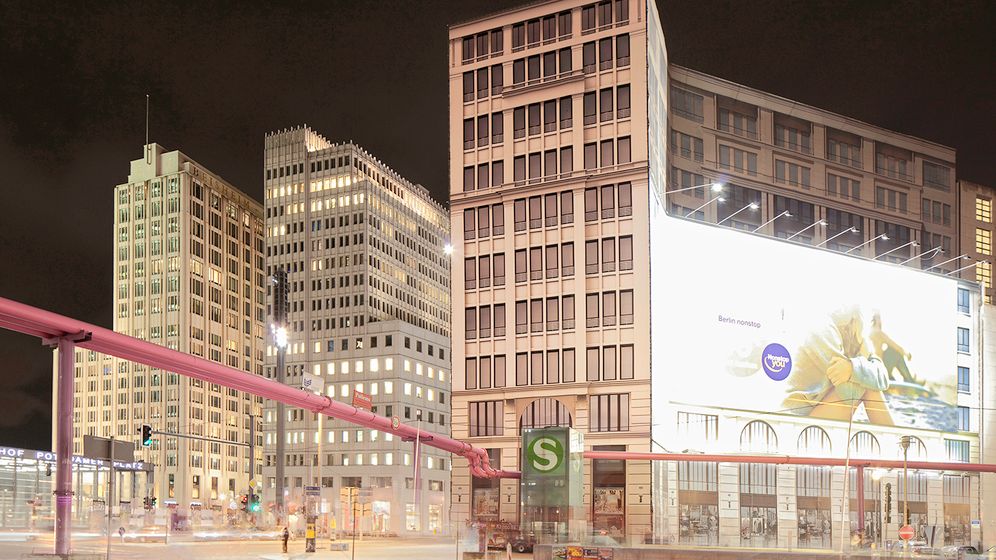 SPIEGEL ONLINE: Why should a Marxist be concerned about major cities instead of the working class these days?

Harvey : Traditional Marxists admittedly see the avant-garde of the revolution in the industrial working class. However, since this is disappearing in the wake of Western deindustrialization, people are starting to grasp that urban conflicts will probably be decisive.

SPIEGEL ONLINE: Over the course of the debt crisis, wages have decreased and social benefits have been slashed in Greece. Meanwhile, general strikes haven't generated enough pressure to reverse the changes. Can this be viewed as evidence to support your theory that the traditional proletariat can no longer paralyze a state?

Harvey : Yes. Today's working class is part of a wider configuration of classes in which the struggle centers on the city itself. I replace the traditional concept of class struggle with the struggle of all those who produce and reproduce urban life. Unions must look at the urban everyday existence -- a key for the social conflicts to come. In the United States, for example, this has prompted the AFL-CIO federation of labor organizations to start collaborating with domestic workers and migrants.

SPIEGEL ONLINE: One of the basic theses of your book "Rebel Cities" is that urban development solves the problem of surplus capital. One builds streets and develops property on credit -- and thereby attempts to escape recession.

Harvey : A report from the Federal Reserve Bank in San Francisco recently put it that way, saying that the United States has historically always surmounted recessions by building houses and filling them with things. Urbanization can solve crises -- but, more than anything, it is a way to get out of crises.

SPIEGEL ONLINE: Are there current examples of this strategy?

Harvey : Where are economies currently growing the fastest? In China and Turkey. What do we see in Istanbul? Cranes, everywhere. And when the crisis broke out in 2008, China lost 30 million jobs within six months owing to drops in US imports of consumer goods. But then the Chinese government created 27 million new jobs. How? The Chinese used their enormous trade surpluses to mount a gigantic urban-development and infrastructure program.

SPIEGEL ONLINE: Isn't such a short-notice crisis strategy aided by having an authoritarian regime like China's?

Harvey : Just imagine Obama ordering Goldman Sachs to give money to developers -- good luck! But when a Chinese bank gets an order from the Central Committee of the Communist Party, it lends as much money as is desired. The Chinese government forced the banks to furnish development projects with large amounts of money.

SPIEGEL ONLINE: Is this kind of urbanization necessarily a bad thing?

Harvey : Urbanization is a channel through which surplus capital flows to build new cities for the upper class. It is a powerful process that newly defines what cities are about, as well as who can live there and who can't. And it determines the quality of life in cities according to the stipulations of capital rather than those of people.

SPIEGEL ONLINE: At the same time, in Istanbul, the state housing association Toki has built several large housing estates for the poor. Does this contradict your thesis?

Harvey: No, because the residents of the so-called Geçekondus, the informal settlements lying at least on the city's outskirts, were summarily transplanted into developing areas 30 kilometers (19 miles) from the downtown area -- a massive expulsion.

SPIEGEL ONLINE: The subprime crisis in the United States arose precisely out of the attempt to incorporate the lower classes into home-ownership. Reckless financial products were created so that even the poorest could obtain loans.

Harvey : Give credit! -- This battle cry pushed through the neoliberal agenda. But that's nothing new. During the McCarthy Era after World War II, the ruling classes already recognized that home ownership plays an important role in preventing social unrest. On the one hand, left-wing activities were combated as un-American. On the other, building was promoted with financial and mortgage reforms. In the 1940s, the proportion of owner-occupied homes in the United States was still under 40 percent. In the 1960s, it was already at 65 percent. And during the last real estate boom in the 2000s, it was 70 percent. In the discussions about mortgage reforms at the end of the 1930s, a key sentence was: "Indebted homeowners don't go on strike."

SPIEGEL ONLINE: In their book "Commonwealth," philosophers Michael Hardt and Tony Negri claim that the city is a factory for the production of common goods. Do you agree?

Harvey : A lot revolves around the definition of "urban commons." The fact that central squares are public is significant in terms of the right to the city, as the Occupy movements in New York and London demonstrated when they took over privatized parks. In this context, I like the historical model of the Paris Commune: People who lived on the outskirts returned to the city center in order to reclaim the city they had been excluded from.

SPIEGEL ONLINE: Should Occupy movements push for a right to the city? House by house, park by park?

Harvey : No, for that you need political power. But these days, the left unfortunately shrinks away from large-scale projects requiring state policies -- voluntarily yielding power, in my view.

SPIEGEL ONLINE: You are a Marxist and social theorist. In your latest book, you refer to the "art of rent," that is, when capital makes extra profits from local discrepancies. What exactly do you mean?

Harvey : Simply put, a monopolist can demand a premium for a sought-after commodity. These days, cities try demanding premiums by advertising themselves as culturally unique. After the Guggenheim Museum was built in Bilbao in 1997, cities all over the world followed its example and began developing landmark projects. The goal is to be able to say: "This city is unique, and that's why you need to pay a special price to be here."

SPIEGEL ONLINE: But if every city had a Guggenheim Museum or a philharmonic like the one currently being built in Hamburg, wouldn't there be a sort of inflationary effect when it comes to such flagship projects that would lead them to fail?

Harvey : The bubble has already burst in Spain, and many of the huge projects remain only half-finished. Incidentally, major events like the Olympic Games, the soccer World Cup and music festivals serve the same purpose. Cities try to secure themselves a prime position on the market -- like a rare wine of an exceptionally good vintage.