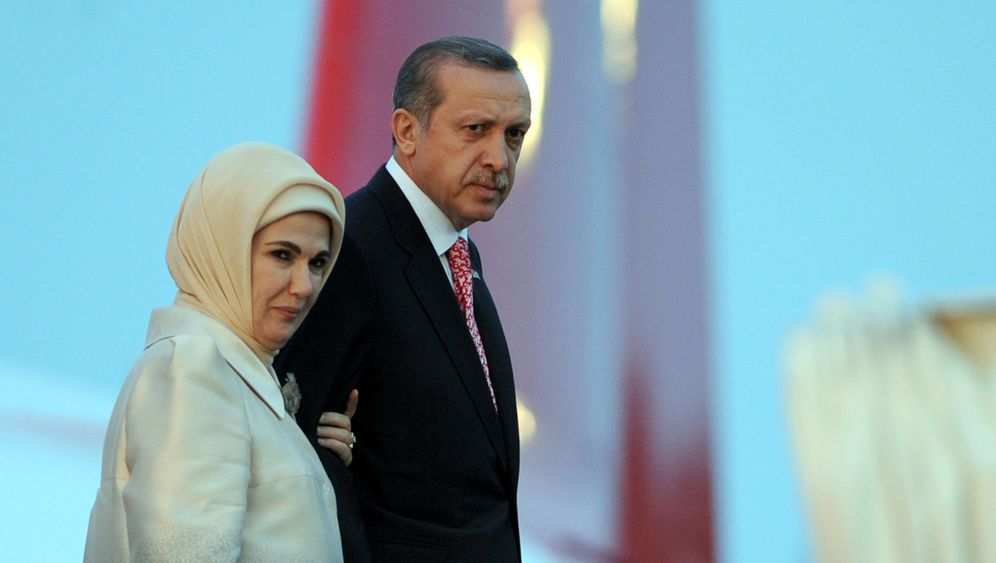 It was mostly angry office workers from Istanbul's Maslak banking district who appeared on Monday, June 3, during their lunch break at the editorial offices of the NTV news channel. "Stop acting as if nothing were happening," they chanted, as they railed against what they called the "bought media." "We can pay you, too," the roughly 3,000 demonstrators shouted, mocking the NTV employees who had managed to completely ignore the anti-government protests that had already been going on for three days. The protestors had glued Turkish lira bank notes to their banners.

The editors at CNN Türk also fell short of expectations. While CNN International showed live images of the dramatic clashes between police and protesters, the Turkish channel aired a documentary about penguins. Many newspapers complied with the de facto news blackout. Whether the journalists were following government instructions or simply suppressing the news in an act of preemptive obedience is still unclear.

Freedom of the press and diversity of opinion have been in jeopardy in Turkey, and not just since the current unrest began some two weeks ago. After years of persecution, no other country in the world -- not even China or Iran -- has more journalists in prison than Turkey, which hopes to be accepted into the European Union. It's an embarrassing world record.

The group Reporters Without Borders was able to verify that 36 journalists are currently behind bars in Turkey. The country's journalists' union puts the number of media representatives in prison at 62, while the European Federation of Journalists says that there are 66.

Still, Prime Minister Recep Tayyip Erdogan and his Justice and Development Party (AKP) deny that journalists are persecuted in Turkey. "Some of these negative reports are written on commission," Erdogan stated on television. "Their sources are wrong."

Zeynep Kuray can only laugh derisively at Erdogan's claim, as she sits in the garden of a café on the Bosporus and talks about her experiences with the Turkish legal system. In December 2011, at 5 a.m., five plainclothes police officers presented her with a search warrant for the apartment in the Istanbul district of Kadiköy she shares with her mother.

Kuray, 35, was only one of 36 primarily Kurdish journalists arrested in Turkey that morning. After she had spent three days in the Istanbul police prison, a prosecutor informed her that she was being accused of being a member of a terrorist organization, the media committee of the Union of Communities in Kurdistan (KCK). He claimed that the KCK was a cover for the Kurdistan Workers' Party (PKK), which wanted to create a Kurdish nation with armed force. It took eight months until the public prosecutor's office filed charges, which finally enabled Kuray to learn the details of the accusations against her. According to the indictment, she had disparaged the Turkish state and fomented unrest among the Kurds with her reports for a Kurdish news agency and the left-leaning Istanbul daily Birgün.

Kuray was released on bail at the end of April, but most of her fellow journalists are still in custody. In its 800-page indictment, which relies on dubious evidence, the public prosecutor's office accuses Kuray and 45 other journalists of membership in a terrorist organization or spreading propaganda for such an organization. The trial has been underway since September 2012 in the court building at the Silivri prison complex, 60 kilometers (37 miles) west of Istanbul.

"Turkey's counterterrorism laws are archaic and repressive," says Christophe Deloire, the general secretary of Reporters Without Borders, whose international operations are based in Paris. Under Article 7, Section 2 of the country's anti-terror law, spreading "propaganda for a terrorist organization" carries a penalty of two to seven-and-a-half years in prison. However, it can already be seen as propaganda when journalists report on demonstrations in Kurdistan, quote Kurds critical of the government or even speak with them.

The defense attorneys' options are limited in the mass trials, which involve dozens of defendants. The judges on the "Tribunals with Special Powers" can interrupt trials as they see fit, and for as long as they wish. As a result, the accused can be held in pretrial detention for three years or more, which amounts to preventive punishment without sentence.

The case of the Berlin correspondent for the left-leaning daily newspaper Evrensel, Hüseyin Deniz, shows how tenuous the charges can be. Deniz, who had long worked for Kurdish dailies, visited his sick mother in Istanbul in late 2011. The police arrested him on the same morning as Zeynep Kuray.

Deniz, 45, has now been in pretrial detention in Kandira Prison for 16 months. With one monthly exception, he is allowed only one visitor a week, who can then speak with him by telephone on the other side of a glass wall. According to the indictment, Deniz was part of the management of the supposed terrorist media committee. In that position, he allegedly attended a secret meeting in northern Iraq. The accusation is based on a statement made by a witness identified only by her code name. But his sister says that he was in Berlin at the time of the alleged meeting in Iraq, and that the stamps in his passport prove it.

Activists with the Turkish journalists' union demonstrated in front of the palace of justice in Istanbul in early May, on World Press Freedom Day. They flew 62 kites, as a sign of protest against the imprisonment of 62 journalists. Before the event, the union had complained about the "massive pressure and threats" emanating from representatives of the government.

Prime Minister Erdogan ordinarily perceives criticism of his administration's policies as a personal attack, and yet he isn't above publicly attacking individual journalists. He has reportedly called upon publishers -- repeatedly and successfully -- to dismiss insubordinate editors.

In response to the liberal daily Milliyet's publication of a secret document, he raved: "If this is journalism, then down with your journalism." The premier, in office for the last 10 years, also likes to use laws governing the press to take action against journalists. He has ordered three new lawsuits to be filed this year.

"The Islamists don't want diversity of the press," says noted investigative journalist Ahmet Sik, 43. He had conducted extensive research for a book on the Islamist Gülen movement, but he was arrested shortly before its publication. The leftist author spent more than a year in prison because of the absurd charge that he was part of a right-wing military conspiracy. He and two fellow authors were kept in complete isolation in a high-security wing of the prison in Silivri.

When he was released on bail in March 2012, he said angrily: "If the police officers, public prosecutors and judges who forged this plot are imprisoned here one day, justice will have been served." Sik has now been charged with threatening and defaming civil servants, offences for which he could face up to seven years in prison.

When Gezi Park at Taksim Square was being cleared, the police shot a tear gas cartridge at his head at close range. Sik collapsed, covered in blood. According to Reporters Without Borders, at least 14 journalists have already been injured, some severely, during reporting on the protests against the Erdogan government. "All journalists in Turkey are afraid," says Sik, "afraid of being fired and afraid of being arrested." The government, he adds, is trying to intimidate and silence all critics, which leads to self-censorship.

Sik, who teaches journalism as the private Istanbul Bilgi University, says that he can only advise his students to work in the profession once the media are given significantly more freedom. Of the 20 students who have completed his courses, 18 have soon turned their backs on a media career, he adds.

In addition to facing government persecution, journalists see their lives complicated by the patronizing attitudes of publishers and editors-in-chief. Large companies with operations in various sectors own the majority of Turkish media organizations. Management routinely demands that journalists favor the government in their reporting, so as to improve their chances of securing lucrative government contracts, for example.

The more or less systematic suppression of journalists in Turkey is so obvious that even the European Commission and the US Department of State have expressed concern over freedom of the press in Turkey. Memet Kilic, a Green Party member of the German parliament, says: "Erdogan is kicking free speech with his feet." But such accusations have fallen on deaf ears and been just as unsuccessful as more diplomatic efforts to intervene. When German Chancellor Angela Merkel visited Ankara in late February, she said that she had "pointed out that we would like to see journalists able to work freely and not be kept in custody for so long."

Erdogan flatly contradicted the chancellor at the joint press conference. "No more than a handful" of journalists had been arrested in Turkey, he said, and "not because of their articles, but because they are putschists, arms smugglers and terrorists."

If Turkish prosecutors are to be believed, investigative journalist Sik is also a dangerous putschist. He expects that he will be sentenced toward the end of the year, and he could very well be sent to prison again. His 12-year-old daughter has urged him to turn to writing cookbooks.

But that isn't a future Sik wants for himself. Instead, he is currently working on a book about the Turkish judiciary.