The debate over climate change is often a contentious one, and key players in the discussion only rarely switch sides. But late last month, Lennart Bengtsson, the former director of the Hamburg-based Max Planck Institute for Meteorology, one of the world's leading climate research centers, announced he would join the academic advisory council of the Global Warming Policy Foundation (GWPF).

GWPF, based in Britain, is a non-profit organization and self-described think tank. Conservative politician Nigel Lawson founded the organization in 2009 in order to counteract what he considered to be an exaggerated concern about global warming. The organization uses aggressive information campaigns to pursue its goals.

The lobby group's views markedly differ from those of the UN climate panel, the IPCC, whose reports are the products of the work of hundreds of scientists who classify and analyze vast amounts of climate knowledge accumulated through years of research. The most recent IPCC report states that man-made emissions of greenhouse gases are leading to significant global warming, with serious environmental consequences.

Bengtsson was known for maintaining moderate positions even during the most vitriolic debates over global warming during the 1990s. In an interview with SPIEGEL ONLINE, he discusses why he made the shift to the skeptics' camp.

Swedish meteorologist Lennart Bengtsson, born in 1935, served as director of the European Center for Medium-Range Weather Forecasts in England from 1981 to 1990 and then as director of the Max Planck Institute for Meteorology in Hamburg, one of the world's leading climate research centers. Since his retirement in 2000, he has worked as a professor at the University of Reading in Britain. Bengtsson has been the recipient of numerous awards including the prestigious German Environmental Prize bestowed by the German Federal Environmental Foundation (DBU). His work is focused largely on climate modelling and weather.

SPIEGEL ONLINE: Mr. Bengtsson, why did you decide to join the Global Warming Policy Foundation, an organization known for its skepticism about climate change?

Bengtsson: It is important to allow a broad debate on energy and climate. We must urgently explore realistic ways to address the different scientific, technical and economic challenges in solving the world's energy problems and the associated environmental issues.

SPIEGEL ONLINE: Why do you think the GWPF is particularly suitable for that goal?

Bengtsson: Most of the members of GWPF are economists and this is an opportunity for me to learn from some of these highly qualified members who are active in areas outside my own expertise. At the same time, it will allow me to contribute by my own meteorological knowledge, to broaden the debate.

SPIEGEL ONLINE: The people at GWPF don't exactly have a reputation for reconsidering their opinions. Have you become a so-called climate skeptic?

Bengtsson: I have always been a skeptic and I believe this is what most scientists really are.

SPIEGEL ONLINE: But weren't you one of the alarmists 20 years ago? Do you think your position at that time was wrong?

Bengtsson: I have not changed my view on a fundamental level. I have never seen myself as an alarmist but rather as a scientist with a critical viewpoint, and in that sense I have always been a skeptic. I have devoted most of my career to developing models for predicting the weather, and in doing so I have learned the importance of validating forecasts against observed weather. As a result, that's an approach I strongly favor for "climate predictions." It's essential to validate model results, especially when dealing with complex systems such as the climate. It's essential do so properly if such predictions are to be considered credible.

SPIEGEL ONLINE: You think there's a need for climate research to do some catching up in this regard?

Bengtsson: It is frustrating that climate science is not able to validate their simulations correctly. Since the end of the 20th century, the warming of the Earth has been much weaker than what climate models show.

SPIEGEL ONLINE: But the IPCC report discusses these problems in detail.

Bengtsson: Yes, the scientific report does this but, at least in my view, not critically enough. It does not bring up the large difference between observational results and model simulations. I have full respect for the scientific work behind the IPCC reports but I do not appreciate the need for consensus. It is important, and I will say essential, that society and the political community is also made aware of areas where consensus does not exist. To aim for a simplistic course of action in an area that is as complex and as incompletely understood as the climate system does not make sense at all in my opinion.

SPIEGEL ONLINE: In the past, you have complained about what you described as a strong tendency towards politicization in climate research. Why have you now joined an organization that is inherently political in nature?

Bengtsson: Throughout my life, I have been fascinated by predictability and frustrated by our inability to predict. I don't believe it makes sense for our generation to believe or pretend that we can solve the problems of the future because do not understand what these problems will be. Just do this thought experiment: Imagine you're in month of May 1914, and try to work out a plan of action for the next 100 years! Hardly anything will make sense.

SPIEGEL ONLINE: So do you suggest we should carry on with business as usual just because forecasts are complicated?

Bengtsson: No. I think the best and perhaps only sensible policy for the future is to prepare society for change and be prepared to adjust. In 25 years, we'll have a world with some 9 to 10 billion people that will require twice as much primary energy as today. We must embrace new science and technology in a more positive way than we presently do in Europe. This includes, for example, nuclear energy and genetic food production to provide the world what it urgently needs. 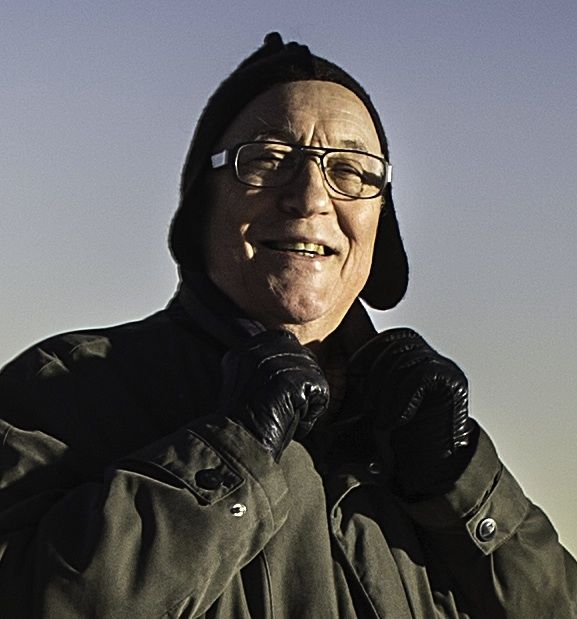 Lennart Bengtsson: "I do not believe it makes sense for our generation to believe or pretend that we can solve the problems of the future."