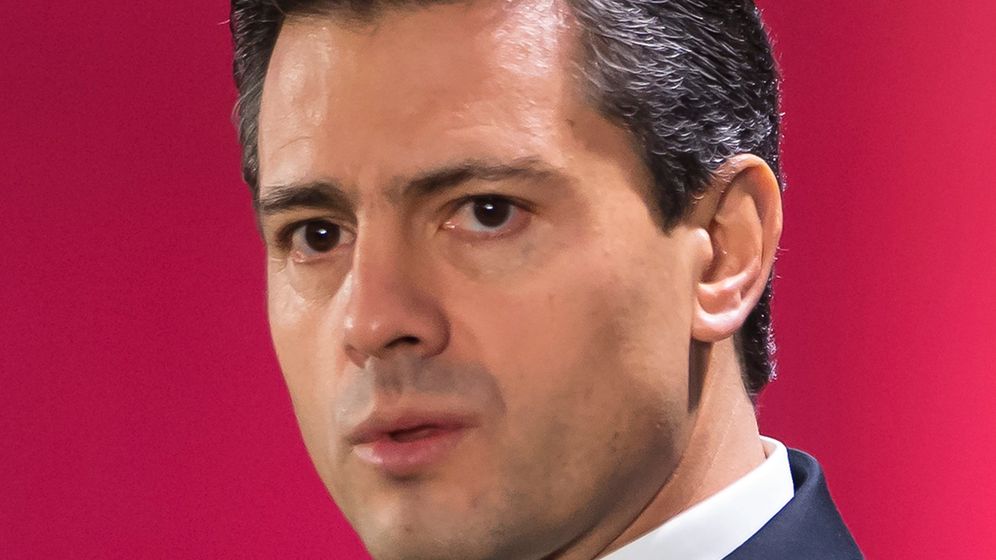 SPIEGEL: Mr. President, more than 60,000 Mexicans have lost their lives in the drug war during the last six years. You have been in office for two months now. How do you propose to end the carnage?

Peña Nieto: We must fight inequality and poverty if we want to re-establish peace and security. Seven million Mexicans live in extreme poverty, which is why I have launched a crusade against hunger. We also have to improve our educational system and stimulate economic growth.

SPIEGEL: Social policy alone will hardly be enough to come to grips with the problem.

Peña Nieto: We will strengthen the security forces and the judiciary. Cooperation between the central government and the individual federal states has already improved. We will professionally train and equip the police. And where there is a lack of police officers, we will provide security personnel with military training under civilian supervision.

SPIEGEL: The number of murders and kidnappings recently went up in the capital. And in the State of Mexico, your nearby home state, criminal gangs have recently been dumping bodies again.

Peña Nieto: The situation won't improve overnight. Mistakes were made in the past, and we have to learn from them. The violence will decline in the medium term. I have made that promise to Mexicans.

SPIEGEL: Is it more important to you to reduce violence or track down the drug lords?

Peña Nieto: Our top priority is to reduce the number of murders and kidnappings. But we also have to crush the mafia. Many murders happen because the criminals are fighting each other over markets.

SPIEGEL: Your predecessor, Felipe Calderón, deployed the military to fight the drug mafia. Will you pull back the troops?

Peña Nieto: Only when the security situation improves. At that point, we are obligated under the constitution to withdraw the military.

Peña Nieto: We have passed a law that awards compensation to the victims of violence and obligates us to clear up the crimes. This will compel the security forces to respect human rights.

SPIEGEL: The residents of some regions are now forming militias to protect themselves against gangsters. Hasn't the government already lost control of the country?

Peña Nieto: The population in some parts of the country is so frustrated that people are resorting to vigilante justice. We have strengthened the government's presence in these areas. Vigilante justice only leads to more violence.

SPIEGEL: The drug cartels also derive their power from the fact that they bribe police officers and mayors. This is especially applicable to your party, the Institutional Revolutionary Party (PRI).

Peña Nieto: It has nothing to do with party affiliation. It also affects regional governments headed by the opposition. Some cartels have accumulated enormous amounts of money and weapons. We are now taking action against money laundering and, in doing so, we will cut off the cartels' lifeblood.

SPIEGEL: Your predecessor also promised to fight corruption. Why should Mexicans believe that you will succeed this time around?

Peña Nieto: It isn't solely the president's responsibility. The regional governments have to cooperate. We are willing to assist them.

SPIEGEL: The United States is boosting its military aid to fight organized crime in Mexico. Will you allow American military advisers to be stationed in Mexico?

Peña Nieto: We want to expand our cooperation with Washington, but without violation of our sovereignty. Cooperation cannot be limited to the security situation. We want to take advantage of our proximity to the United States to press ahead with economic integration.

SPIEGEL: Most of the drug mafia's weapons come from the United States.

Peña Nieto: That's why Mexico supports US President Barack Obama, who has come out in favor of stronger controls on the gun trade. The most important thing is to regulate the sale of large-caliber weapons and assault rifles.

SPIEGEL: Some US states have relaxed the prohibition of marijuana. Doesn't that deprive the drug war of its credibility?

Peña Nieto: It should at least encourage a debate. I'm opposed to legalizing marijuana because it acts as a gateway drug.

SPIEGEL: Apparently undeterred by the drug violence, foreign companies are investing in Mexico more than ever before. VW has just opened a new engine plant and plans to produce the new Golf model in Mexico. Audi is also building a new plant.

Peña Nieto: Mexico offers a stable economy, the debt is minimal, inflation is below 4 percent, we have almost no budget deficit and we have a thick cushion of foreign currency reserves. This, of course, attracts investors.

SPIEGEL: Can Europe learn something from Latin America?

Peña Nieto: We want to expedite integration with South America and the Caribbean, so that we can compete more effectively with other economic regions. Mexico can grow at an even stronger rate than financial experts predict. Europe should take advantage of our economic boom.

SPIEGEL: Mexico used to play an important role as a mediator in Latin America. Can you help with potential political reforms in Cuba or Venezuela?

Peña Nieto: Our foreign policy has lost some of its punch in recent years, partly because of internal problems. In the future, we want to put more of an effort behind the integration of all of Latin America. But we will not interfere in the internal affairs of other countries. We want to expand our relations with Cuba.

SPIEGEL: Your party ruled Mexico for more than 70 years, until the opposition replaced you in 2000. Mario Vargas Llosa, a winner of the Nobel Prize in literature, once described the PRI's virtually monarchic system of control as "the perfect dictatorship." Does the party's return to power rule out the possibility of democratic reforms?

Peña Nieto: Our democracy is stable. My administration has reached an agreement with all of the major opposition parties, the "Pact for Mexico." It calls for reforms and democratization. This process isn't complete yet.

SPIEGEL: Why should Mexicans believe that the return of the PRI isn't synonymous with a return of its authoritarian behavior?

Peña Nieto: Mexico has changed. There is no room today for the mechanisms of the past. The PRI, like any other party, will submit to the democratic rules of the game. We are part of a pluralistic, critical and informed society. There is no chance that we will fall back into the past.