Larry Vance, 67, a Canadian flight accident investigator, has worked on more than 200 airplane crashes, including that of Swissair Flight 111, an MD-11 aircraft that crashed off the Canadian coast in 1998, killing all 229 people on board. Vance concluded the four-year-investigation with a report detailing how a fire had started inside a cockpit panel, probably due to some faulty wiring. Since retiring from Canada's Transport Safety Board in 2009, he started a career as an independent investigation consultant, and also teaches accident investigator courses worldwide. Now Vance has focused his attention on the mysterious disappearance of Malaysia Airlines Flight MH370, which had been en route to Beijing on March 8, 2014 when it vanished from radar screens.

SPIEGEL: The search for the missing Malaysian airliner will soon be abandoned and no trace of the wreck has been found. Although you weren't part of the investigation team, you claim to know exactly what happened to MH370. Isn't that a bit presumptuous?

Vance: In over 30 years on the job, I have learned how to read evidence from the parts that are available. The evidence here is pretty definitive.

SPIEGEL: Only a handful of pieces of MH370 has been found. How can that be enough to reconstruct what happened?

SPIEGEL: What do they tell you?

Vance: Flaperons and flaps are high-lift devices. Pilots deploy them when they need to fly at lower speeds during the final stage of the flight. The photos clearly show that the trailing edges of these devices are severely damaged whereas the leading edges are virtually unharmed. This is an extremely significant piece of information.

Vance: There is simply no other conclusion you can make: The flaps were extended when the aircraft hit the water. The trailing edge was dragged over water for some time -- some seconds -- to erode the trailing edges of those pieces. This evidence is easy to read. The pressure from being dragged through the water exceeded the structural strength of the attachment points of those pieces. They flew off, fell back in the water and presented themselves in the state they are in.

SPIEGEL: Assuming the flaps were extended -- what exactly would that prove?

Vance: A lot. Hydraulics and electrics must have been available. One engine at least must have been running. The airplane did not run out of fuel as is often said. And most importantly: The flaps were selected that way. Somebody in the cockpit did that.

SPIEGEL: Couldn't they have been deployed automatically?

Vance: No. Somebody pushed the lever, there is no other way to move the flaps. Somebody wanted that airplane to land on the surface of the ocean in such a way that the fuselage stayed intact, so that everything would go to the bottom, never to be found or seen again. All this talk of this being aviation's biggest mystery makes me angry. There is absolutely no mystery to what happened. It's a mystery why somebody would do this.

SPIEGEL: Could this somebody be a hijacker who took over the cockpit?

Vance: Impossible. In order to land a Boeing 777 on a choppy ocean you need to be a seasoned pilot.

SPIEGEL: Australian investigators have confirmed that Zaharie Shah, the captain of Flight MH370, had plotted a very similar course into the southern Indian Ocean on his home simulator. He did this weeks before that flight. Is this conclusive proof?

Vance: It fits the story.

SPIEGEL: Would that make MH370 a precursor incident to Germanwings Flight 9525 which was deliberately crashed into the French Alps by a suicidal co-pilot barely a year later?

Vance: I can't comment on that. I do flaps and stuff. I don't do criminal investigations or psychiatric evaluations.

SPIEGEL: The Australian investigators have been working under the assumption that the plane was pilotless, at least at the end. Have they been wrong?

Vance: They started off with the little information they initially had, for example data from the satellite that was sporadically in touch with MH370. They did the very best they could. I wouldn't know what I would have done differently. I have great respect for them.

SPIEGEL: But the satellite data tells a very different story than yours, and suggests that the plane's fuel tanks were empty.

Vance: The physical evidence is much more demonstrative than satellite data, which always leave room for interpretation. In accident investigation, you take the hard evidence and ask yourself: How does this other stuff fit in? In the end, it will fit, even if you struggle for a while with contradictory information from different sources. When the flaperon pictures became available, my colleagues and I knew within seconds what happened. I'd even say everybody in the business knows.

SPIEGEL: Were the passengers alive when the airplane touched down?

Vance: There is no way to know that. But my educated guess would be: No, the people died very early in the sequence, soon after the transponder was turned off. They were probably killed by apoxia which was induced by someone from within the cockpit.

SPIEGEL: Here's a different scenario: A fire starts. The plane turns back towards the airport. Pilots and passengers lose consciousness. The airplane flies automatically until fuel runs out.

Vance: Believe me, I went across all possible scenarios. If you have a fire on board, you have basically 20 minutes or less before the aircraft is on the ground one way or the other. MH370 flew for seven hours or longer. I have seen the evidence from Swissair Flight 111 and I can tell you that MH370 simply did not strip the water in an uncontrolled state at high speed. The Swissair's debris field was 2 million pieces. I looked at most of them. You wouldn't find a single piece that has the same damage pattern as the MH370 flaperon.

SPIEGEL: Should the search for the wreckage continue?

Vance: Do I think they should have tried it? Absolutely. I would have done exactly the same thing. But it is extremely difficult to pinpoint a location if all you have is a theory. If you have no reasonable explanation for where you are looking, what's the point of just looking?

SPIEGEL: Do you expect further wreckage to be found? 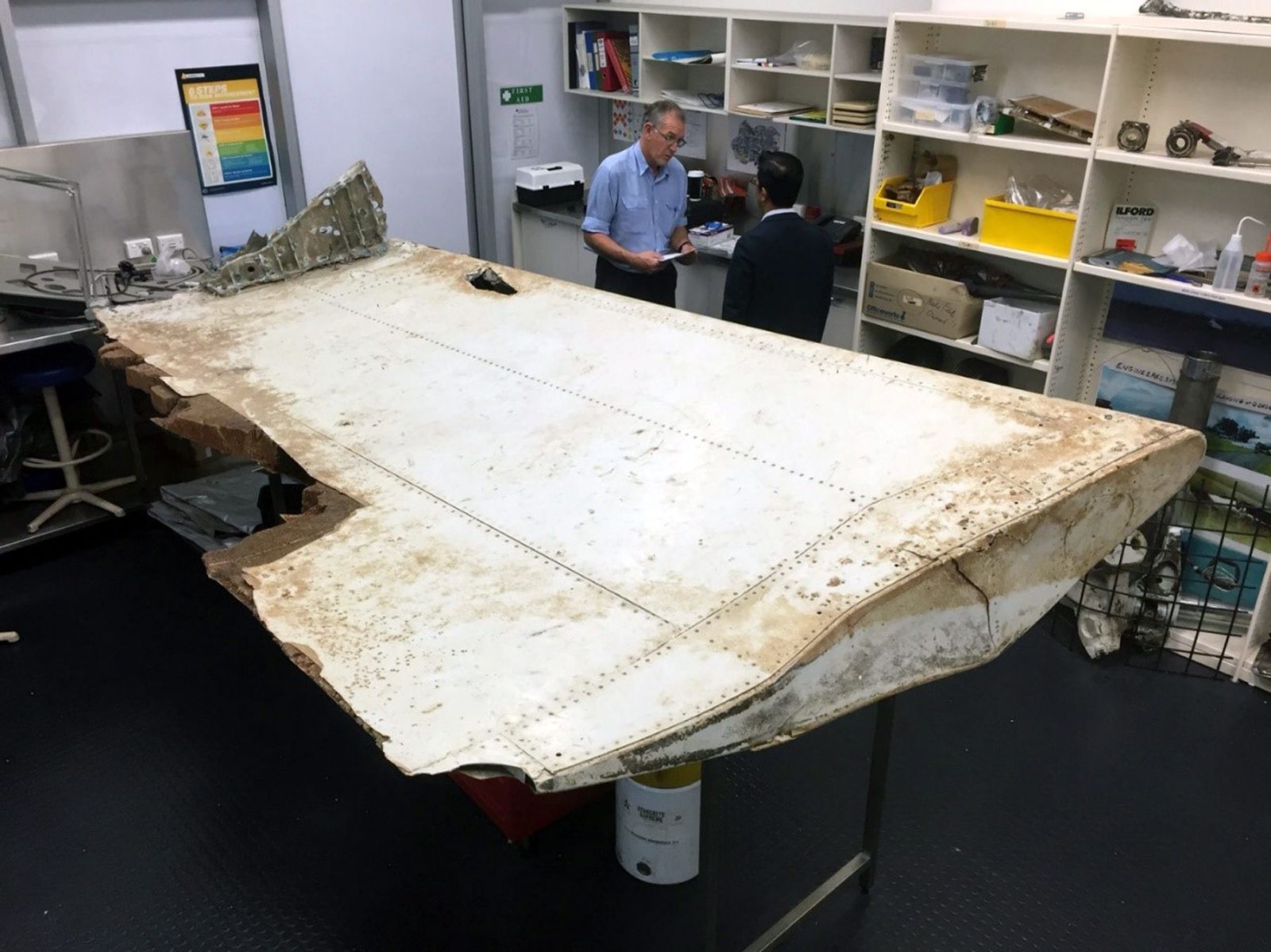 Investigators examine a piece of aircraft debris believed to be an outboard wing flap belonging to Malaysia Airlines Flight MH370. 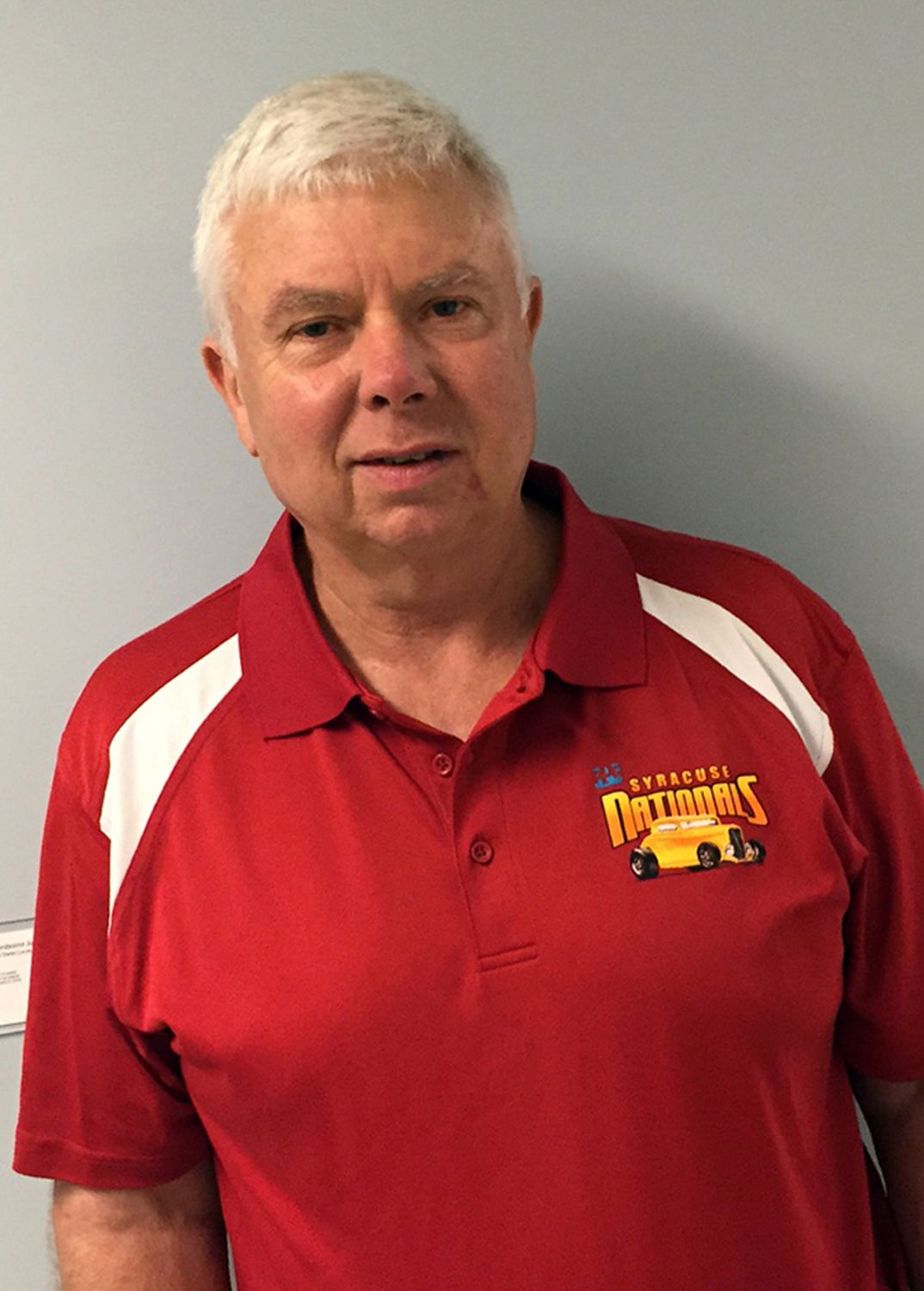 Canadian flight investigator Larry Vance: "In over 30 years on the job, I have learned how to read evidence from the parts that are available. The evidence here is pretty definitive."