SPIEGEL: The spying activities of the NSA have led to a great uproar in Europe, where residents have also been taken aback by the unapologetic response of American intelligence officials in Congressional hearings.

Allen: I think because of the United States' experiences since September 11 and the faulty assessment that there was WMD in Iraq, there has been the feeling we needed better intelligence so that our national security leaders could make better decisions on behalf of the country. I think the way the intelligence community sees it, their job is to collect information that the policymakers think is in the national interest.

SPIEGEL: Does that include the tapping of Angela Merkel's cellphone?

Allen: Well, I don't know and can't confirm if we did.

SPIEGEL: Not even the White House denies it. But one question remains: What information does the US gain from tapping Merkel's cellphone in regards to the war on terror?

Allen: Well, for example, we have a long-standing foreign policy priority in the United States of making sure Iran doesn't get a nuclear weapon. Part of the strategy is getting other countries to join the United States in imposing sanctions on the Iranian regime, and so I can see a situation where policymakers are asking the intelligence community questions about the views of nations around the world. Are they inclined to do harsher sanctions, or what kind of deal do they want to do with Iran on nuclear enrichment?

I can also see policymakers asking the intelligence community for information about European attitudes toward troop deployments in Afghanistan. It could be about who is in favor of what in a particular position in a government.

SPIEGEL: Do you think that's acceptable?

Allen: The White House and our political leaders need to make a judgment. They have to apply a balancing test, comparing the value of the intelligence gained versus the risk of a foreign policy backlash if the method of the collection were disclosed. I think that's the decision that all governments around the world must make when they decide what their intelligence services should do.

SPIEGEL: President Obama, in so many words, called the tapping of Angela Merkel's cellphone a mistake and said that if he had known about it, he would have stopped it. Is it really conceivable that Obama didn't know anything of the tapping?

Allen: Well, I don't know. Here's what I do know: Having worked in the National Security Council (under President George W. Bush), it's very unlikely that senior White House officials wouldn't have known about the sources and methods of collection, because that would be very important in assessing the reliability of the information that you're being presented.

SPIEGEL: Who normally knows this kind of information? Chief of staff? The national security adviser? The president?

SPIEGEL: You worked for the National Security Council under George W. Bush. Angela Merkel's cellphone apparently started being tapped in 2002. This means you must have known about it.

Allen: I cannot get into confirming or denying the existence of intelligence programs.

SPIEGEL: Are there some pieces of information -- such as that intelligence agencies are listening to Merkel's cellphone, for example -- that are explicitly withheld from the president to avoid political risk?

Allen: That's something that pops up in movies, plausible deniability. I don't know how the Obama administration handles such things.

SPIEGEL: How did you handle such things with Bush?

SPIEGEL: How much is the president involved in determining how the National Intelligence Priorities Framework, the document which establishes the United States' intelligence priorities, is set up and which countries are considered priorities?

Allen: Well, the National Intelligence Priorities Framework is a document that comes through the National Security Council, and it probably varies from administration to administration how involved the president is. It's a document that reflects the priorities of the policymakers. The intelligence community doesn't make a judgment on what they ought to collect. In the last decade, the priorities for policymakers have been terrorism, Iraq, the North Korea nuclear program and the Iranian nuclear program. The intelligence community then takes those priorities and says: "OK, here's what our customers want."

SPIEGEL: But there has been the impression that the intelligence services have played by their own rules in the last few years. 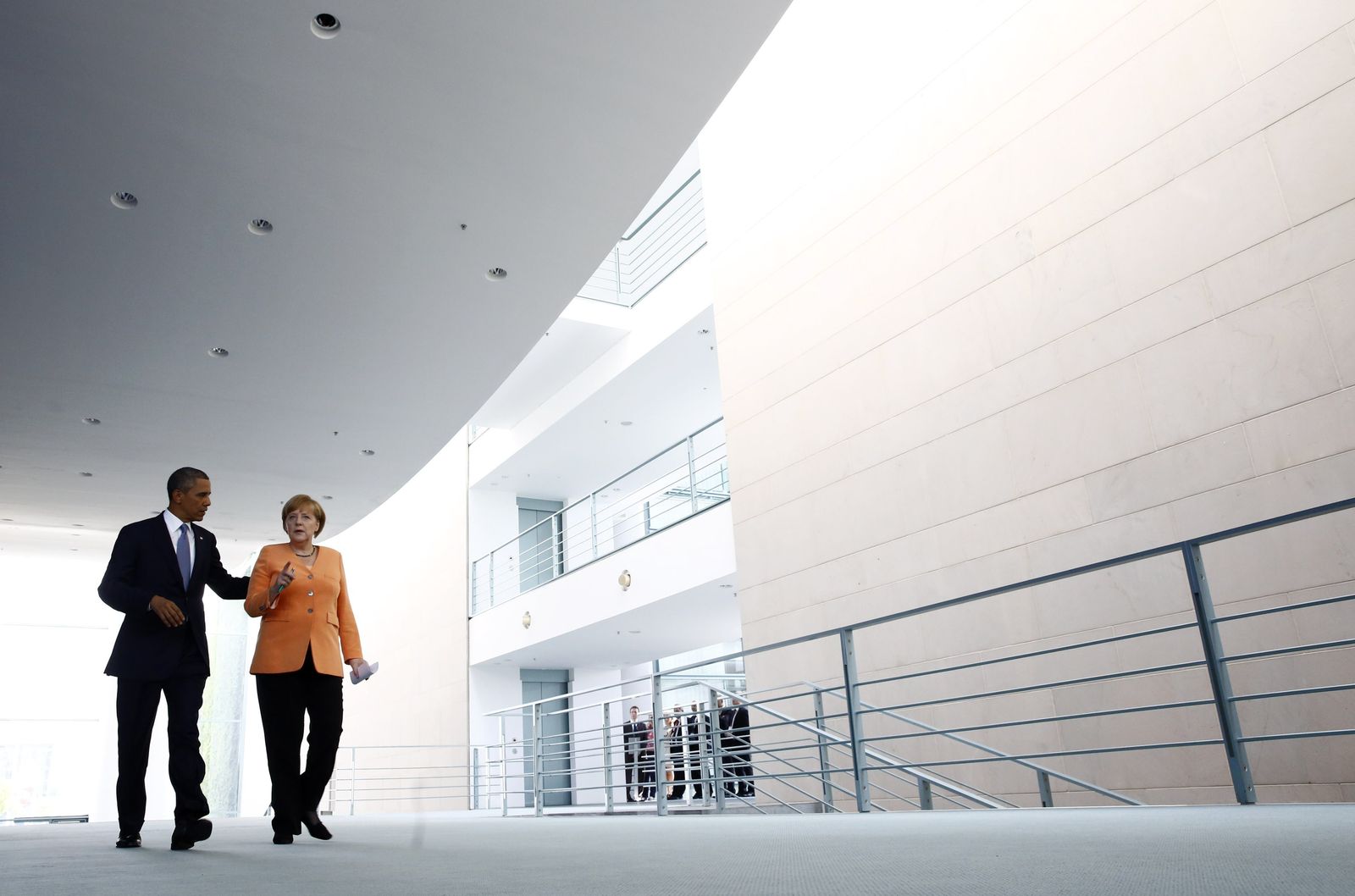 After revelations that the US monitored Chancellor Angela Merkel's cellphone, questions have arisen about what President Barack Obama did or did not know about the spying operation.