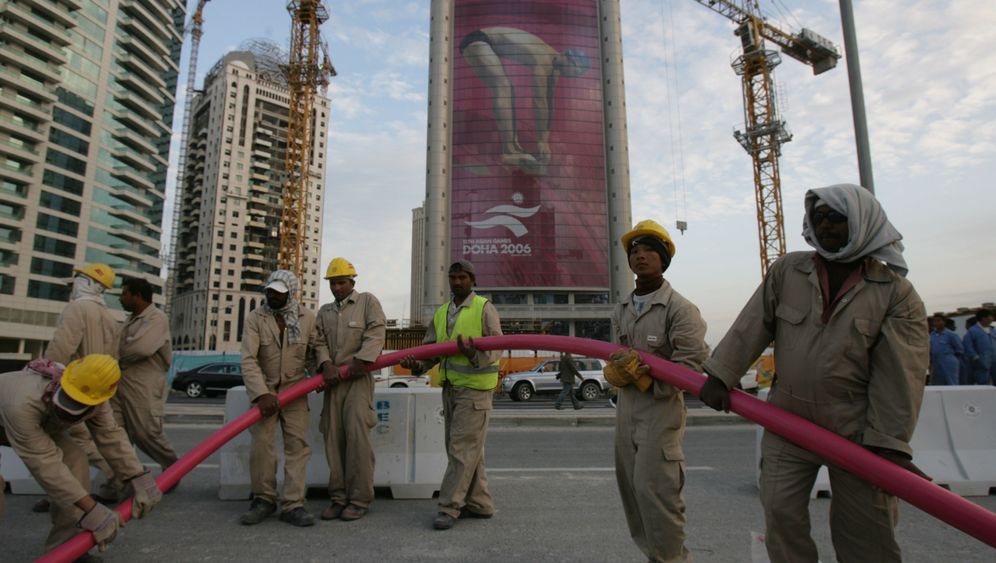 Pete Pattisson waited 11 days at the Katmandu airport for Ganesh to arrive. Ganesh came from a village 12 hours by car from the Nepalese capital. He was considered a hard worker, which was one of the reasons his family had sent him to Qatar to work on one of the new construction sites on the Persian Gulf. Ganesh was 16 when he died. His body was returned to Nepal in a red wooden coffin.

Pattisson is a British teacher who also works as a journalist, focusing on what he calls "forms of modern slavery." He has been living in Nepal for the last eight months. Before that, he taught lessons in democracy at a London school.

Last week Pattisson, after conducting research for three months, wrote about the fate of Ganesh and disclosed other deaths in the British newspaper the Guardian. Forty-four Nepalese workers died in Qatar between June and August alone, most of heart attacks or work accidents, according to documents from the Nepalese Embassy in Qatar.

Pattisson's exposé is a potential bombshell for Qatar, which will host the football World Cup in 2022. Until then, the emirate will spend an estimated $100 billion (€74 billion) on new roads, hotels, high-speed rail lines and stadiums, constructed by guest workers like Ganesh, who toil away at temperatures of 50 degrees Celsius (122 degrees Fahrenheit) and are paid starvation wages. They are the new slaves of the Persian Gulf.

There are many indications that the 44 dead Nepalese are no exception. Following the revelations in the Guardian, the Indian ambassador reported that 82 Indian workers had died in the first five months of this year, and noted that 1,460 Indians had complained of poor working conditions. The International Trade Union Confederation fears that up to 4,000 workers could die in Qatar before the starting whistle is blown for the first match -- that is, if working conditions don't change.

The football world was also alarmed by the news of the Nepalese teenager's death. United Nations Special Adviser on Sport Willi Lemke responded by holding a conference call with staff members in New York. He's now thinking about sending observers from the International Labor Organization to the Qatari capital Doha. Lemke says FIFA, the international soccer organizing body, should consider the option of taking away the World Cup from Qatar "as a final way of exerting pressure."

German Football League (DFL) President Reinhard Rauball, who is responsible for Germany's professional soccer leagues, added: "There can be no World Cup that is based on a system of slavery and disregards human life. The credibility of world football and its moral integrity are at stake."

The large construction sites on the Gulf attract more than 100,000 people a year from Nepal alone. British journalist Pattisson spent a week with Nepalese workers in Doha, where he met men who live crowded together like cattle in close quarters and use filthy toilets, and where hundreds are forced to share only two kitchens. He also discovered a dozen workers who had fled from their employers and were hiding in a room behind the Nepalese Embassy.

As a means of applying pressure, many companies take away their foreign workers' passports when they arrive. In addition, the workers often come saddled with high debts, after having paid placement fees to recruitment agencies at home. They have no choice but to continue working in the desert. Six months ago, the Nepalese ambassador called the Gulf nation an "open prison." She was recalled last week.

'Switzerland on the Gulf'

For Emir Tamim Al Thani and his father Hamad, the founder of modern Qatar, the revelations are more serious than for other rulers in the Gulf region, because they call Qatar's economic miracle into question. No decent Qatari is willing to get his hands dirty. The result is that more than 90 percent of workers in the emirate are foreigners. Almost half are from Nepal, with others coming from India, Pakistan and Indonesia.

In the past, Qatar's Persian Gulf neighbors -- Saudi Arabia and the United Arab Emirates, which include Dubai and Abu Dhabi -- were more likely to attract attention because of exploitation and inhumane working conditions. Qatar likes to portray itself as a clean monarchy with a mission -- and as a small nation that invests in diplomacy, art, education, sports and international understanding, affluent and stable, a little Switzerland on the Gulf. This is one of the reasons many believed the emirate was capable of hosting the World Cup.

At the behest of Sheikha Mozah, wife of the old emir and mother of the new one, US universities like Cornell and Georgetown have built campuses in Doha. She invites the world's aid workers to an annual conference in Qatar, and also chairs the foundation that hosts the Doha Debates, a forum devoted to improving the planet.

But Qatar's construction sites paint a different picture of the country. One is Lusail City, a giant new planned city on the edge of a gravel desert, which will also be the site of the stadium hosting the final match -- and where guest workers are now asphalting streets in the blazing heat.

Journalist Pete Pattisson has just visited Ganesh's family in Nepal. They cremated their son on the banks of the river in his native village, according to tradition. "My son was always strong and healthy. He never even had a cough," said his father. "I never want to hear the word Qatar again." 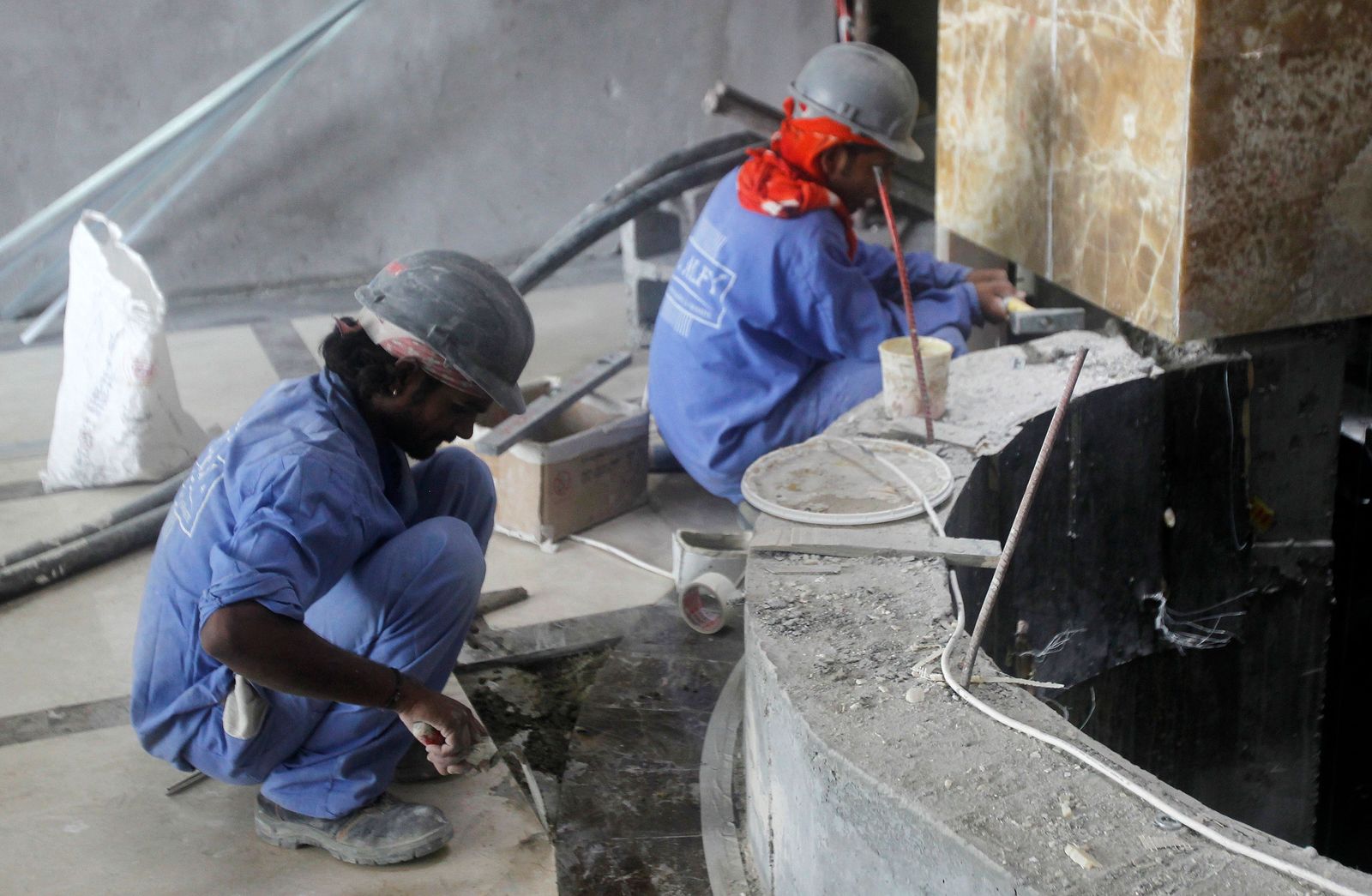 In Doha, the capital of one of the world's richest countries, the migrant workers who help build the city's glittering skyscrapers and luxury shopping malls live in conditions akin to shantytowns.