Candidate Romney showed a lot of heart: He wanted to support minorities, and he spoke out against new military deployments outside America's borders. And when voters expressed an interest in his finances, the contender was quick to present his tax return.

But does that sound like the Mitt Romney who was officially declared his party's presidential candidate at the Republican National Convention in Tampa this week? Of course not. The "nice" Mr. Romney was Mitt's father George. In 1968, he campaigned to become the Republican Party presidential candidate -- without success. At the time, the Michigan governor was considered to be a run-of-the-mill Republican. "George Romney would be booed at this year's convention," wrote one New York Times author. That's because his political positions would no longer be considered radical enough.

For some time now -- at the very latest since their infiltration by the Tea Party movement -- America's conservatives have become suspicious of any form of compromise. According to US historian Geoffrey Kabaservice, who recently wrote a book on the death of moderation in the party, the words "moderate" and "Republican" no longer go together.

The softie style of George Romney has become passé. His son Mitt knows this and has adapted to the times. He wants to build a new fence along the border to Mexico that is twice as secure as the current one in order to keep out illegal immigrants. He also wants to increase defense spending and is as secretive about his own taxes as Coca-Cola is about the ingredients in its soft drink.

No Raising of Taxes -- Ever!

Most officials within the Republican Party have signed a kind of pact under which they will never raise taxes -- not even a cent -- regardless how urgently the government needs that money for new bridges or schools. In their current party platforms, they also call for a ban to be imposed on abortion that wouldn't even permit the procedure to be performed on women who had been raped or whose lives might be endangered by pregnancy and birth. Using the jargon of the Cold War, they refer to Russia as America's greatest political enemy and they disparage Europe as a socialist crisis region.

At the same time, they are also cheering vice presidential candidate Paul Ryan, a man who wants to take hedge trimmers and mercilessly cut the US federal budget until large parts of it have been pared down to the levels of the 1930s. The people who would suffer the most under this policy are America's poor. But that wouldn't stop the rich from rejoicing. Under Ryan's tax plan, Romney, whose fortune is estimated to be worth $250 million, would be taxed at a rate of only 0.82 percent a year -- and this in an era in which the family that owns supermarket giant Wal-Mart is worth more than the poorest 40 percent of Americans.

It is a Republican platform that would even alienate Republican icons such as Ronald Reagan and George H. W. Bush. Jeb Bush, son of the former president and a former Florida governor himself, said there would be "no room left" for these political icons among today's conservatives. After all, Reagan himself once dramatically increased taxes and granted amnesty to 3 million illegal immigrants. He had also been divorced and seldom went to church. And when George H.W. Bush led the US into war against Iraq in 1991, he stopped short of toppling the regime in Baghdad. Today, many within the party would consider that to be cowardice.

With the help of his campaign guru Karl Rove, Bush's other son George W. won the election by making overtures to the radical wing of the party in ways that helped pave the path for today's black-and-white thinking. But while Bush may have been a bit of a cowboy when it came to politics, he isn't the politician who invented the unwillingness to compromise that one sees in the Republican Party today.

The trend began in the 1990s, US political scientists Thomas Mann and Norman Ornstein wrote in a recently published book. At the time, leading Republican Newt Gingrich developed a radical strategy in order to bring the right wing of the party back into power in Congress. Under Gingrich's plan, Republicans were to simply block any legislative effort in order to discredit Congress among voters. Frustrated, they would then vote out the governing Democrats.

Gingrich's trick worked -- and it worked again in 2010 for Republicans who had firmly resolved not to back any state-supported projects presented by the Obama administration, including such things as the president's stimulus package during the economic crisis. The calculus was clear: They knew that if American got back on its feet too quickly, it would mostly help Obama and not them. They didn't want to allow that to happen under any circumstances. "The single most important thing we want to achieve is for President Obama to be a one-term president," Republican Senate minority leader Mitch McConnell said in 2010, providing a maxim for the rest.

And they can count on support from members of the Tea Party faction who had no qualms whatsoever last year holding the federal budget hostage even as America's upper debt ceiling and credit rating was at stake. The enemies within the system actually managed to paralyze the system in Washington. Even if Obama has made his own mistakes, these Republican policies of blockading have also hindered any rapid upswing in the US.

In contrast to his father, Romney will now become the Republican Party's presidential candidate -- and this because he solicited the support of radicals in the most shameless of ways, most recently by cracking jokes about Obama's birth certificate. But the candidate for the White House should also be clear about what he is letting himself in for.

George W. Bush, for example, advanced toward the end of his presidency to become a statesman who was ready to compromise -- at least when the very survival of the US economy was at stake. Bush had to desperately seek the support of his fellow party members for bailout payments for banks and automobile companies. Many radical Republicans refused to even listen to him.

Romney, who was considered to be a very pragmatic politician when he served as governor of Massachusetts, will also have to accept many compromises if he wants to succeed in the Oval Office. When it comes to that, though, he won't be able to count on support from his own party.

Correction: Due to a translation error, Mitt Romney's estimated personal forture was incorrectly stated as $250 billion in an earlier version of this article. The correct figure is $250 million. We apologize for the error. 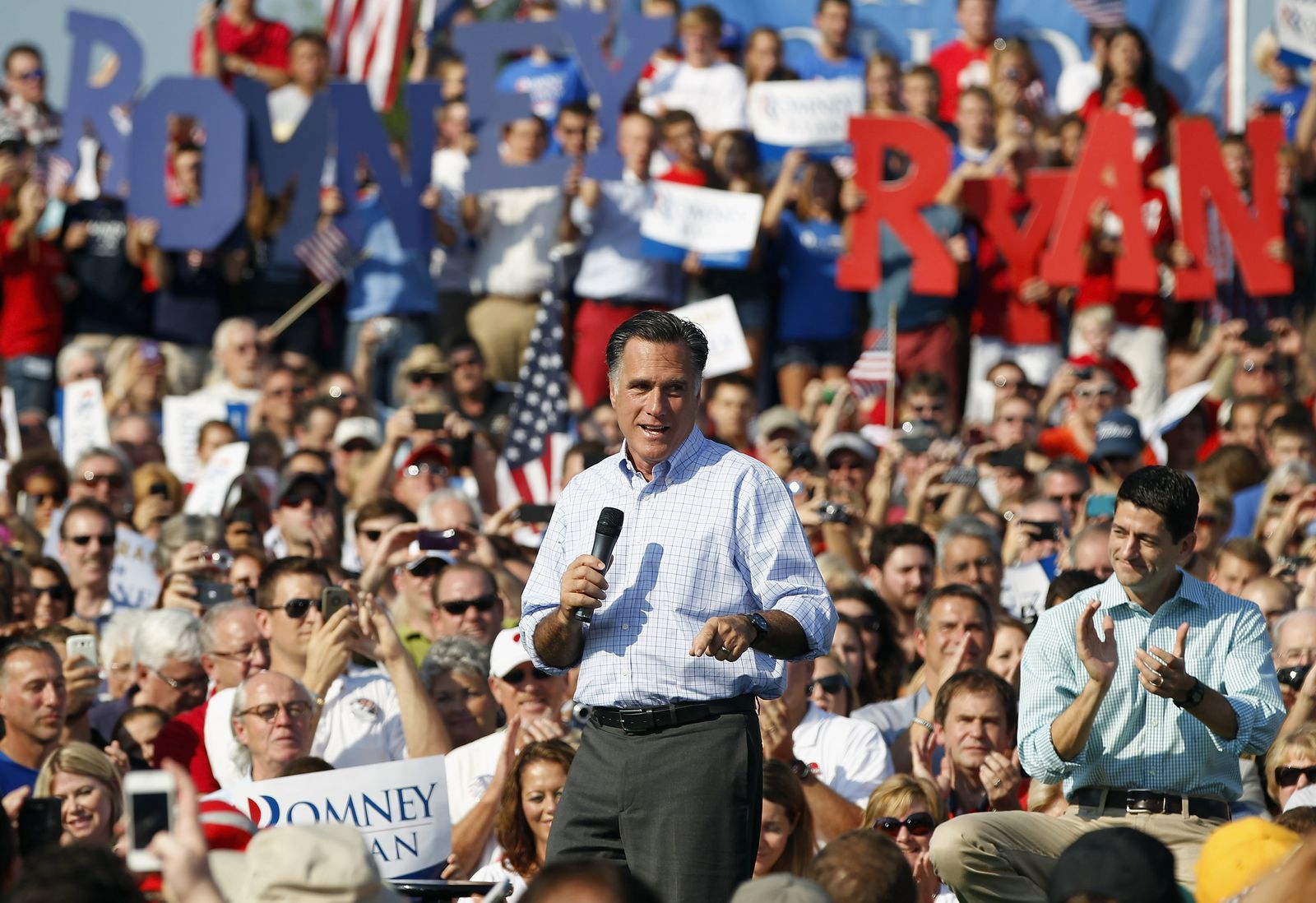 Mitt Romney wants to be a statesman, but will he have the support of his party?