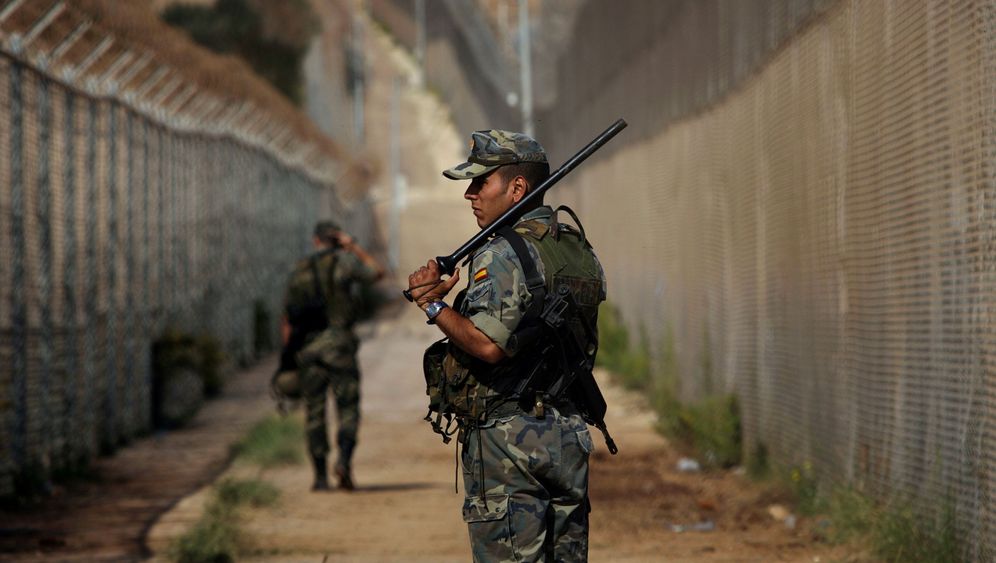 In theory, no wall should be impossible to scale. "Show me a 50-foot wall and I'll show you a 51-foot ladder," US Secretary of Homeland Security Janet Napolitano once famously quipped about the massive and highly secured border area between the United States and Mexico.

Modern walls in the Middle East, North Africa, Mexico, Northern Ireland and Korea are now more secure than ever before. Multi-layered, six-meter-high wire fences equipped with infrared cameras and motion detectors bar access to the frontline Spanish exclaves of Ceuta and Melilla, autonomous cities located in North Africa. These high-tech ramparts are designed to stop a stream of people making their way from Morocco into Europe.

Such high-tech equipment can also be found on the fortified border between the US and Mexico. In Northern Ireland, meanwhile, the "Last Wall in Europe" divides entire districts, officially to prevent rioting between radical Catholics and Protestants. Other defenses, like the Israeli separation fence in the Holy Land or the Korean Demilitarized Zone (DMZ) between North and South Korea, are permanent reminders of ongoing conflicts.

All these walls have one thing in common: They each have two sides. While governments hope to keep out illegal refugees, drug smugglers and human traffickers, for many the barbed wire represents an often deadly and always guarded gateway to a new life. What Israel sees as an "anti-terror fence" is, from the Palestinians' point of view, yet another land grab attempt.

Every one of these barriers is a monument to the failure of politics. When conflicting parties can't make peace at the negotiating table, they simply build a wall. When the flow of refugees gets out of control and immigration exceeds the parameters a country is willing to accept, it builds a fence. This type of defense is an attempt to hang on to the status quo, a message that things must remain as they are, no matter what the cost.

The fall of the Berlin Wall in 1989 showed how long such fortification can cement division. It takes a revolution to tear down such defenses.

On the eve of the 50th anniversary of the construction of the Berlin Wall on Aug. 13, 1961, SPIEGEL ONLINE correspondents recount the history of modern walls in Northern Ireland, Israel, Mexico, North Africa and Korea.