In the end, Egypt's President Mohammed Morsi took all of 35 minutes for his nationally televised speech Thursday night. And his intention was clear. During the entire day leading up to the appearance, Morsi's advisors had repeatedly explained that the president wanted to explain himself and his policies to the people of Egypt and to inject calm into what has become the most severe crisis since the revolution against his predecessor Hosni Mubarak.

And it was certainly entertaining. Originally, the palace had announced that the speech would take place at 6 p.m. on Thursday, but then the "Address to the Great Egyptian Nation" kept getting pushed back until finally, at 10:30 p.m., Morsi turned up on national television in front of an Egyptian flag.

He need not have made the effort. The Islamist president didn't accomplish a single one of his goals with his address, nor did he really try. Instead, his flowery rhetoric served merely to further deepen the deep divide between his supporters and the political oppositionfrom the youth movement, the left-leaning and secular parties and even the judiciary.

There wasn't a hint of real concessions to the opposition. Even the BBC abruptly shut off its live broadcast of the speech after seven minutes because it offered nothing new.

Morsi made no overtures to his opponents, instead repeating that he would not budge from the decrees he issued at the end of November, granting him broad authority and removing checks on his powers from the judiciary. He even said that he would stick to the December 15 date for the referendum on the hastily composed Islamist constitution.

Given such a hard-line approach, Morsi's empty calls for national dialogue are farcical. He invited opposition leaders to meet him at the presidential palace on Saturday at 12:30 p.m., but was rebuffed. The opposition does not believe Morsi is prepared to make any concessions, and called for more demonstrations instead.

Still, Morsi sought to blame prominent opposition leaders for the escalation and even referenced mysterious "foreign powers" -- just like his despotic predecessor Mubarak.

The speech, however, did provide clarity on one point: Morsi remains intent on strictly following the course of the Muslim Brotherhood. The Islamist group wants to see their man, who won a narrow victory in summer elections, to put Egypt on the path to fundamentalist Islam. And the Muslim Brotherhood is in no mood for compromise. After more than 80 years in the political underground, Brotherhood leaders have decided to seize their chance.

And Morsi increasingly looks the part of a fainthearted Brotherhood puppet. He appears to have accepted his country's descent into violence, making more clashes on the streets of Cairo inevitable.

A New Escalation is Unavoidable

Indeed, confrontations followed Morsi's speech almost immediately. On the east side of the capital, a group rallied outside Muslim Brotherhood headquarters before scuffling with the police and breaking into the building. Damage was limited, but it was nonetheless symbolic. The rioters had barely been dispelled before the Muslim Brotherhood set its propaganda machine in motion. In a Facebook posting, they said that their headquarters were in flames, and the news went around the world.

More such incidents are to be expected. The Brotherhood has become well practiced at presenting itself as the blameless victim and as the sole protector of democracy in Egypt.

On Friday, thousands of pious Brotherhood supporters carried the dead from Wednesday's clashes into the enormous Al-Azhar Mosque in central Cairo to their graves and praised them as innocent martyrs in the fight for democracy and a new Egypt.

But there could be more violence this weekend and beyond. The opposition has also called for additional demonstrations and the depth of animosity makes further injuries and even deaths a real possibility.

With his stubborn attitude, President Morsi carries primary responsibility for this development. With his speech, Morsi wasted the last chance for reconciliation in Egypt's post revolutionary experiment. 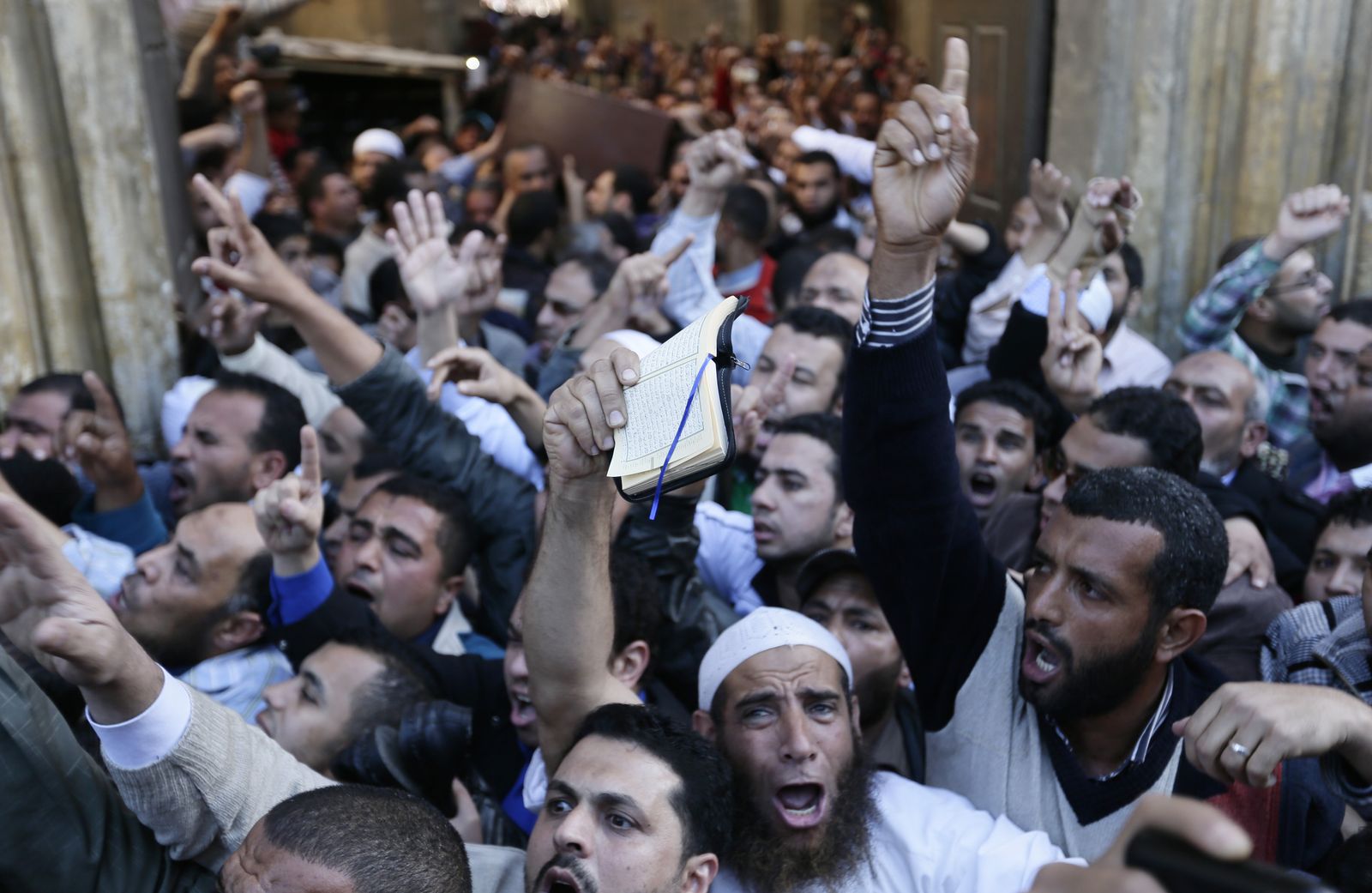