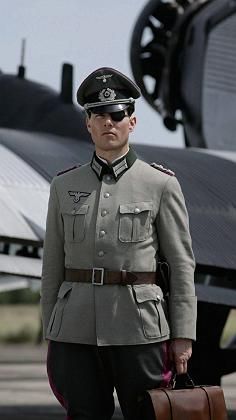 The release of "Valkyrie," the Hollywood movie in which Tom Cruise plays Adolf Hitler's would-be assassin Claus von Stauffenberg, has been delayed for the second time and is now not scheduled until February 2009 because it failed to impress audiences in test viewings in its current form, according to media reports.

The debut was originally set for next month and trailers had already been screened in cinemas.

United Artists (UA), which got a boost in 2006 when Cruise and his business partner Paula Wagner bought a stake, has delayed the release to allow its director time to shoot more scenes, media reports said.

The release had already been pushed back from June to October. Valkyrie is regarded as crucial for United Artists after Lions for Lambs flopped despite the involvement of Cruise, Robert Redford and Meryl Streep.

Clark Woods, president of domestic distribution for the distributor, said the delay was motivated by a lack of competition for cinemagoers on February 13 next year.

"When an opening became available for Presidents Day Weekend, we seized the opportunity. Moving into a big holiday weekend is the right move," the London Times quoted Woods as saying.

Audiences who have been invited for pre-release screenings have panned the film, according to media reports.

The making of the movie at original sites in Berlin was beset by problems from the start of filming last year.

Cruise struggled to get official approval to film in key locations and was criticized for his membership of Scientology. Then 11 extras were injured in an accident last August when they fell off the back of a truck during filming.

Speculation that the movie was jinxed was fuelled in October when it emerged that key scenes would have to be re-shot because some faulty film rolls had been used.