Israeli Interior Minister Eli Yishai, not generally regarded as an expert on German literature, wants to ban Günter Grass from visiting Israel in response to the German author's poem "What Must Be Said." If Grass should "want to continue disseminating his warped and mendacious work," Yishai said, he should go to Iran, "where he would find a sympathetic audience."

It is a political step that will have absolutely no practical effect. Grass is 84 years old and he does not want to visit Israel anyway. He already decided that 40 years ago, when he was pelted with tomatoes during a visit to the country.

But there is another, much more disturbing, reason why the travel ban against Grass is absurd. It is not the job of Israeli politicians to complain about statements by artists and writers and to abuse those statements as a justification for political action. It is an attempt at censorship, which could have the effect that intellectuals in other countries will in future think carefully before criticizing Israel.

A few years ago, the Argentine-Israeli conductor Daniel Barenboim found himself in a similar situation. After Barenboim, who has a reputation for being pro- Palestinian, had performed Richard Wagner in Israel, Israeli politicians demanded that the conductor be declared persona non grata. But the proper place for responding to artists and writers, no matter how controversial their statements or performances, is on the culture pages of a newspaper -- not in the political arena.

Unfortunately, the interior minister's attitude is not unusual for Israel. Israel likes to seal itself off, reducing itself to the idea that it is surrounded by enemies. The government's doctrine is that Israel must defend itself against its enemies. There has to be a "Zionist response" to the "anti-Semites." This is an Israeli reflex. And the constant search for confirmation that the whole world is against us has, once again, been successful.

With his poem, "What Must Be Said," Grass has given Israeli politicians the perfect excuse. And the reaction from Jerusalem shows just how great a disservice Grass has done to the cause of peace. If we assume that he did actually want to issue a warning about nuclear war, it has totally backfired. Grass has aided the nationalist Israeli right wing by attacking Israel, not Iran, as the potential trigger of a worst-case scenario. He has also helped the government to divert attention from the Palestinian question, by giving it the opportunity to portray itself as a victim -- a victim of Iran and of Günter Grass.

It's true that Grass's poem is not substantiated by the facts. On top of that, he uses the kind of language that is typical for someone who wants to come to terms with his own wartime past. But no matter how annoying this may be, it by no means justifies the official Israeli reaction.

His poem, "What Must Be Said," could easily have borne the title: "Israel Is Our Misfortune." Historian Heinrich von Treitschke provoked the so-called "Berlin Anti-Semitism Dispute" in 1879 when he used the phrase "The Jews are our misfortune." This sentence was later printed on the front page of each edition of the Nazi newspaper Der Stürmer. Grass is on very dangerous ground -- that is something that must be said, but within the context of a civilized academic discussion. It should not be abused as a basis for political action.

It needs to be possible to continue to criticize Israel's policies, and the accusation of anti-Semitism should not be misused to automatically protect Israel from criticism. Where will it leave us Israelis who do not agree with the government's actions, if criticism of Israel is automatically equated with anti-Semitism? 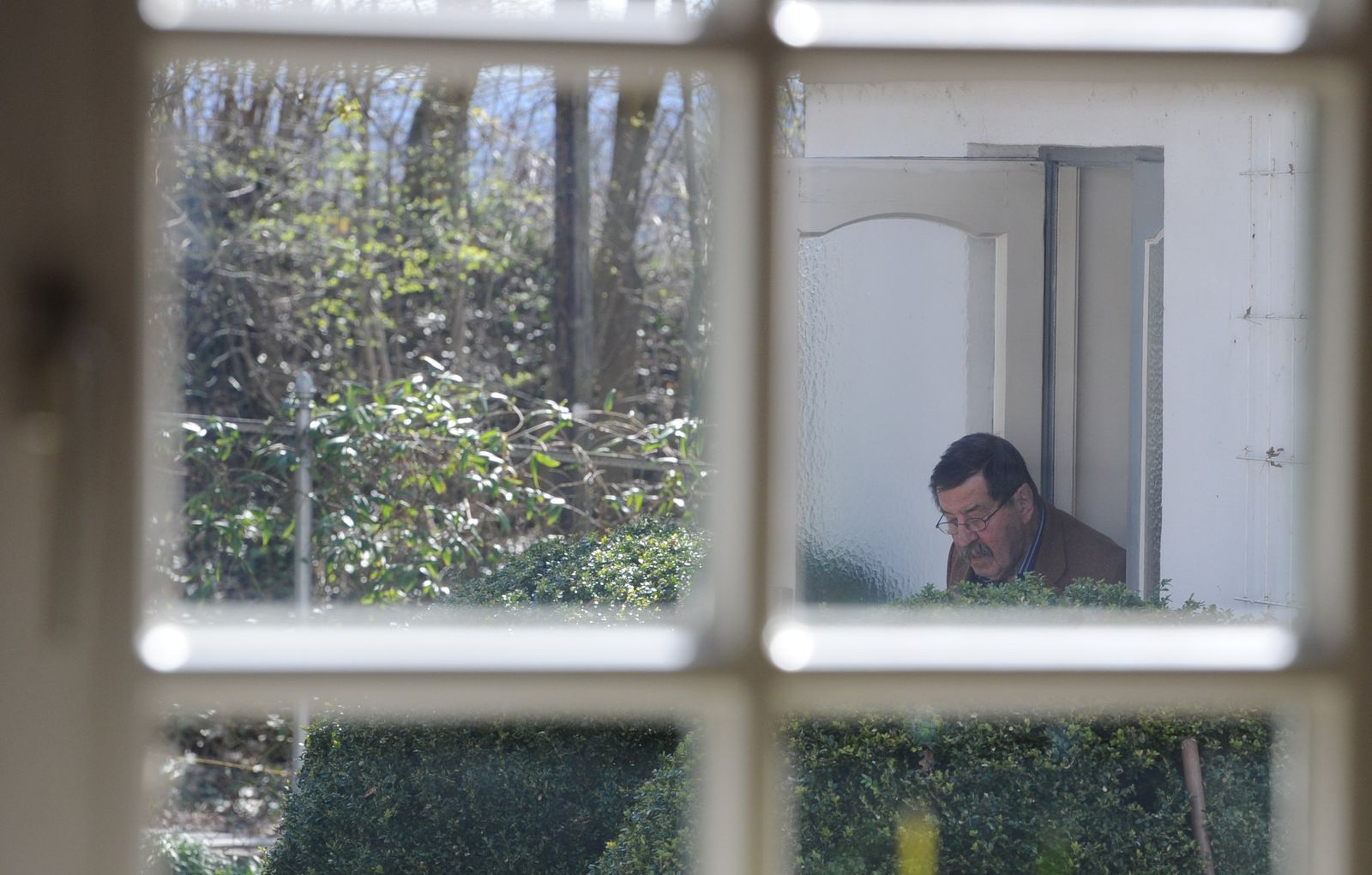 Günter Grass in his studio in Behlendorf near Lübeck (April 5 photo).