What's left for a mother who's watched her daughter die on television? A woman who watched as blood streamed from her child's nose and mouth, as her gaze emptied, as those who bent to help her begged her not to let go? 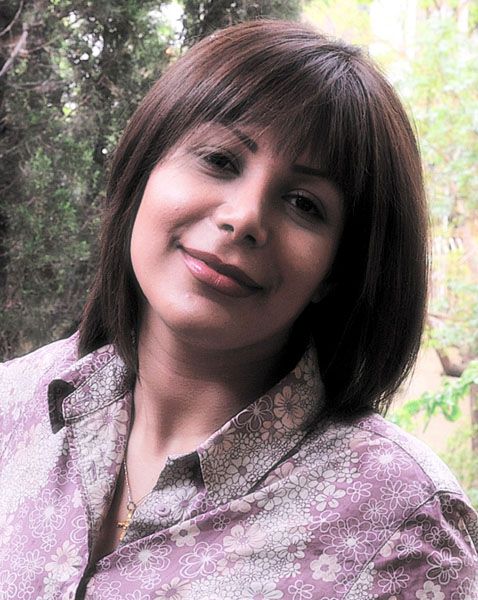 Hajar Rostami Motlagh's daughter died a public death. There's not much that's harder for a mother to take. "Neda believed in God, that's why he bestowed a special death on her," Motlagh said in a telephone interview with SPIEGEL ONLINE on Tuesday. "At least she didn't suffer. Forty-four seconds, and it was over."

Neda Agha Soltan -- in Iran children carry their fathers' names, while married women keep their maiden names -- died on June 20. A bullet, probably fired by Iranian security forces, struck her in the chest. Neda was -- whether intentionally or accidentally is still unclear -- in a demonstration against alleged electoral fraud in Iran when she suddenly tumbled forwards. Her piano teacher was nearby and immediately knelt down. A passer-by filmed the whole scene with his cell phone camera. Forty-four seconds, the film shows, is how long it took for the 27-year-old to bleed to death as helpless onlookers tried to save her and failed.

The video went online the night of Neda's death, and in the days that followed millions of people around the world watched it. Neda became a symbol of the protests against the Iranian regime that supposedly killed her.

Forty days have gone by since then, five and a half weeks during which the protests in Iran subsided but never disappeared completely. That the demonstrations got smaller and more seldom is thanks to the brutal repression unleashed by the regime. The day Neda died was a turning point: That Saturday was the first time security forces opened fire on demonstrators. After her death, nine others were killed. Like tens of thousands of others, they had taken to the streets of Tehran to protest what they said were fraudulent elections and prevent Iranian President Mahmoud Ahmadinejad from taking another four year term in office.

In Islam, important mourning rituals are celebrated 40 days after someone's death. Relatives and friends visit the grave, a cleric reads verses from the Koran, sweets are passed around. On Tuesday, Neda's mother said she would keep to tradition and visit the final resting place of her daughter, in a cemetery on the edge of Tehran, on Thursday. Neda's father has a bad heart, and the mother runs the family business. "Nothing would keep us from going," Motlagh said on the phone.

It looks like something changed in the meantime. On Thursday morning, the first mourners to visit Neda's family reported that her mother wasn't going to the cemetery at 4 p.m. as she had planned. She couldn't say what had changed, but wanted to make it clear that she didn't want to be responsible if there were more deaths on Thursday. The family appeared to have come under tremendous pressure.

In the end the memorial for the 10 people who died on June 20 turned into yet another day of violence. According to eye witnesses, security forces wielding batons attacked the crowd of mourners who had gathered at Neda's grave. There were reports of several arrests.

It has been clear for days that the regime feared a new wave of protests might break out during the memorial services for those slain on June 20. Two of the defeated presidential candidates, Mir Hossein Mousavi and Mehdi Karroubi, applied for permits to hold memorial services in the center of Tehran. The permits were denied -- ostensibly because they were filed too late.

On Thursday morning, both men posted notices on their Web sites saying that despite the official ban they would hold services at 6 p.m. Mousavi then tried to join the mourners at the cemetry but the police forced him to leave, the BBC reports. Spokesmen for the reform movement have been sending e-mails for days with alternative marching routes for mourners in the country's major cities.

For Neda's mother "Arbain," as services on the 40th day are known, marks another turning point. On Tuesday, in a voice raw with emotion and hoarse from sobbing, she swore that when the important day was over, she would hire a lawyer to get to the bottom of Neda's death. She wants a trial, a culprit. She won't accept the government's claims that Neda was slain because of some private feud or by some terrorist.

Motlagh hopes that there will be a parliamentary inquiry to help her in the search for the truth. With some conservative voices in Iran now beginning to criticize the excessive violence of the crackdown and the brutality of the security forces, the regime has put into motion plans for a sort of "truth commission." Parliamentarians are supposed to look into the deaths of some protesters and investigate the long prison sentences of others. According to official statistics, about a 1,000 people were arrested -- between 200 and 500 of whom are still in prison. At least 20 people were killed in clashes with police and security forces. Human rights groups say the numbers are even higher, citing the names of at least 56 known dead.

Motlagh has been through the worst that a mother can suffer. She watched her child die -- on video. Yet she hasn't lost her spirit. "If Neda was alive, she would be out demonstrating on behalf of the dead, and I wouldn't try to stop her," she says. "And I say that to you, even though I know my phone is being tapped."