After 30 years in power -- and almost three weeks of mass protests -- Egyptian President Hosni Mubarak stepped down on Friday. Vice President Omar Suleiman gave a short statement indicating that the president had decided to step down as a result of 18 days of mass demonstrations in the country. Mubarak handed control of the country to the military.

"In these grave circumstances that the country is passing through, President Hosni Mubarak has decided to leave his position as president of the republic," Suleiman said. "He has mandated the Armed Forces Supreme Council to run the state. God is our protector and succor."

The announcement led to exhuberant celebrations on Cairo's Tahrir Square, which had been the heart of efforts to push Mubarak out of office. "Free Egypt, Free Egypt," the crowds chanted. "God is Great." Opposition politician Mohamed ElBaradei, who has been widely considered a potential candidate to lead a transition government, welcomed Mubarak's departure. "This is the greatest day of my life," he said. "The country had been liberated after decades of repression."

Just one day earlier, Mubarak had stated in a televised speech that he would remain president, pledging only to transfer his authority to Vice President Suleiman, thus dashing hopes he would leave office immediately. The Thursday statement triggered the anger of the masses on Tahrir Square, who cursed Mubarak and waved their shoes at the president in protests.

On Friday, millions of people once again gathered in central Cairo amid widespread speculation that the military would join the protesters. While that ultimately did not come to pass, the crowds continued to swell throughout the day. Several thousand demonstrators also gathered in front of Mubarak's presidential palace, located outside the city center. Ultimately, the pressure from the protests in Cairo and in other Egyptian cities became too great.

On Friday afternoon, Mubarak and flew with his family to Sharm el-Sheikh, the Red Sea resort where he owns a villa. Hours later, the statement came that he had stepped down.

Army leaders stated Friday that they would secure the path to free and fair elections in the country. As soon as the situation permits, they said, the state of emergency laws that have been used to rule the country for decades will be repealed. 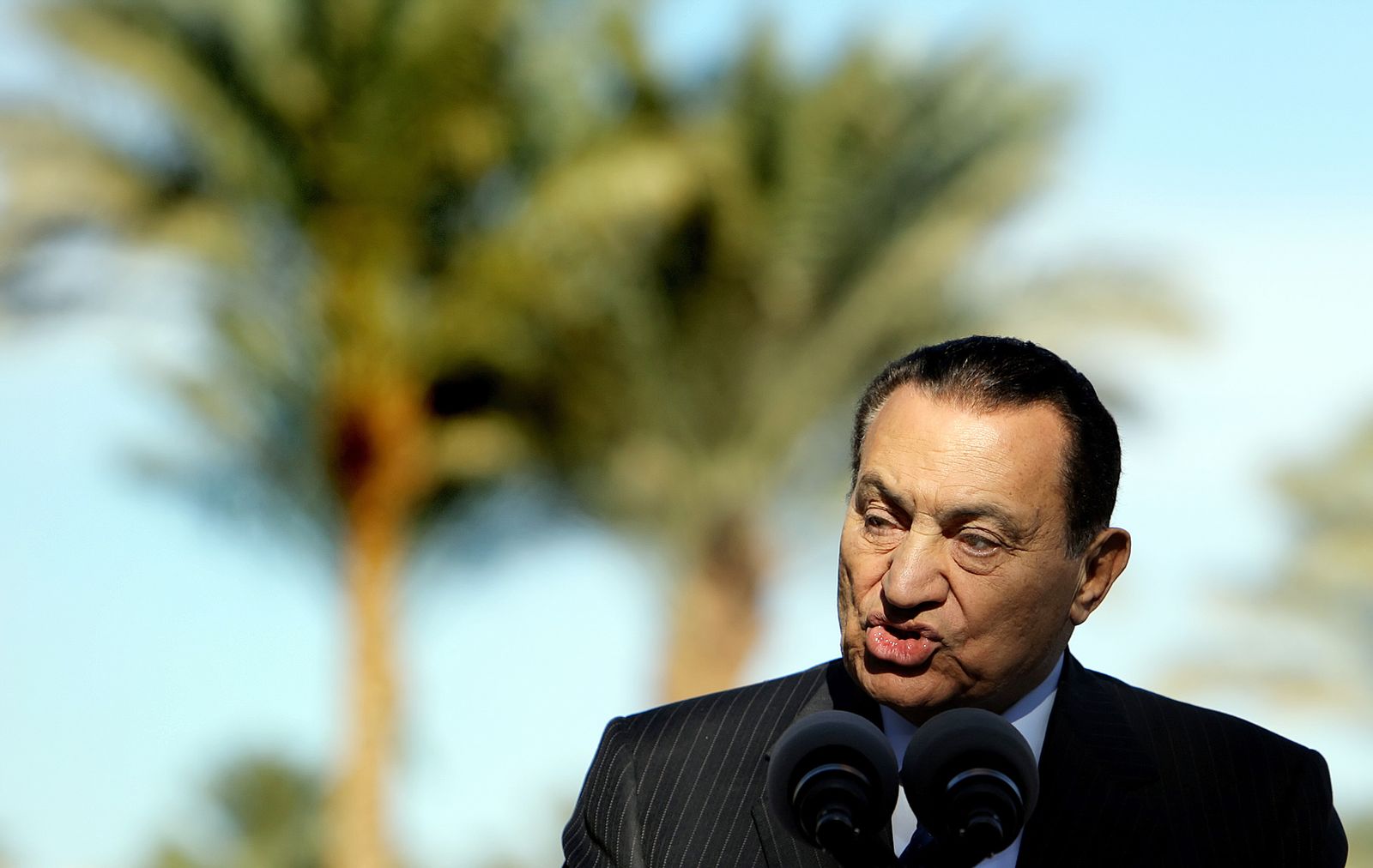