The scientists had no idea that their experiment could spell the end of civilization. On Jan. 25, 1995, Norwegian and American researchers fired a rocket into the skies of northwestern Norway to study the Northern Lights. But the four-stage rocket flew directly through the same corridor that American Minuteman III missiles, equipped with nuclear warheads, would use to travel from the United States to Moscow.

The rocket's speed and flight pattern very closely matched what the Russians expected from a Trident missile that would be fired from a US submarine and detonated at high altitude, with the aim of blinding the Russian early-warning system to prepare for a large-scale nuclear attack by the United States. The Russian military was placed on high alert, and then President Boris Yeltsin activated the keys to launch nuclear weapons. He had less than 10 minutes to decide whether to issue the order to fire.

Yeltsin left the Russian missiles in their silos, probably in part because relations between Russian and the United States were relatively trusting in 1995. But if a similar incident occurred today, as US arms expert Theodore Postol warned recently, it could quite possibly lead to nuclear catastrophe.

"Five or six minutes can be enough time, if you have trust, if you have communication and if you can put this machinery immediately to work," former Russian Foreign Minister Igor Ivanov said on the sidelines of last weekend's Munich Security Conference. Unfortunately, he argued, this machinery works very poorly today, and there is great mistrust.

When asked what would happen today if the 1995 missile incident happened again, Ivanov responded, "I cannot be sure if the right decision would be taken."

Deep mistrust has developed between the West and Russia, and it is having a massive effect on cooperation on security matters.

In November 2014, the Russians announced that they would boycott the 2016 Nuclear Security Summit in the United States. In December, the US Congress voted, for the first time in 25 years, not to approve funding to safeguard nuclear materials in the Russian Federation. A few days later, the Russians terminated cooperation in almost all aspects of nuclear security. The two sides had cooperated successfully for almost two decades. But that is now a thing of the past.

Instead, Russia and the United States are investing giant sums of money to modernize their nuclear arsenals, and NATO recently announced that it was rethinking its nuclear strategy. At the same time, risky encounters between Eastern and Western troops, especially in the air, are becoming more and more common, a report by the European Leadership Network (ELN) recently concluded.

"Civilian pilots don't know how to deal with this," explains ELN Chair Des Browne, a former British defense minister. "One of these incidents could easily escalate. We need to find a mechanism in which we can talk at the highest level."

Brown, together with Ivanov and former US Senator Sam Nunn, a veteran of international disarmament policy, published an analysis in early February. The trio recommends "that reliable communication channels exist in the event of serious incidents." In other words, these channels currently do not exist. Recently Philip Breedlove, the head of NATO Allied Command Operations in Europe, even called for a new "red telephone," alluding to the direct teletype connection established in 1963 between the United States and the Soviet Union after the Cuban missile crisis. A direct line had been set up between NATO and the Russian military's general staff in February 2013, but it was cut as a result of the Ukraine crisis.

"Trust has been eroded to the point of almost being destroyed," said Nunn. "You got a war going on right in the middle of Europe. You got a breakdown of the conventional forces treaty, you got the INF (Intermediate-Range Nuclear Forces) treaty under great strain, you got tactical nuclear weapons all over Europe. It's a very dangerous situation."

In late January, the Bulletin of the Atomic Scientists set its "Doomsday Clock" to three minutes to midnight. The last time it was set to that time was in 1983, "when US-Soviet relations were at their iciest point," as the group of scientists explained. The only other time when the situation was even worse was in 1953, when the clock was set to two minutes to midnight. Unchecked climate change and the "nuclear arms race resulting from modernization of huge arsenals" pose "extraordinary and undeniable threats to the continued existence of humanity," the group's statement read.

The current rhetoric coming from the rivals in the East and West seems poorly suited to reducing the threat. "The Russian aggression is a direct threat to NATO," British Defense Secretary Michael Fallon said at the Munich Security Conference.

The situation is made more complicated by the fact that Russia's actions in Ukraine are difficult to define. With camouflage, trickery and deception, the Russians are applying the full arsenal of so-called hybrid warfare, from propaganda to cyber warfare and funding the separatists right up to clandestine military operations.

In Munich, Norwegian Defense Minister Ine Marie Eriksen Søreide demanded that Russia's aggression should be clearly identified as such. "And it goes without saying," she said, "that Article 5 of the NATO Treaty applies to such aggression." This means that if Russia were to attack a NATO member, in the way it is now intervening in Ukraine, all other member states would be required to enter the war to defend that country.

"It (hybrid warfare) makes everything more dangerous," said Nunn, "It makes tactical nuclear weapons more dangerous, and it makes weapons material more dangerous." It is common knowledge that some of these weapons are also stationed in Germany. Up to 20 B61 aerial bombs, now being updated at great expense, are stored at the Büchel Air Base in the Eifel region of western Germany. They are under US command, but German Tornado fighter jets would drop the bombs in the event of a war.

When asked if hybrid warfare could raise the danger of nuclear weapons being used, US diplomat Richard Burt -- who, in his role as chief negotiator, helped put together the Strategic Arms Reduction Treaty, or START, between the United States and the Soviet Union -- answered in the affirmative. "The simple answer is yes. Both American and Russian nuclear arms are essentially on a kind of hair-trigger alert. Both sides have a nuclear posture where land-based missiles could be authorized for use in less than 15 minutes." In the situation of hybrid warfare, he warns, "that is a dangerous state of play."

"In the Cold War, we created mechanisms of security. A huge number of treaties and documents helped us to avoid a big and serious military crash," says former Foreign Minister Ivanov. "Now the threat of a war is higher than during the Cold War." 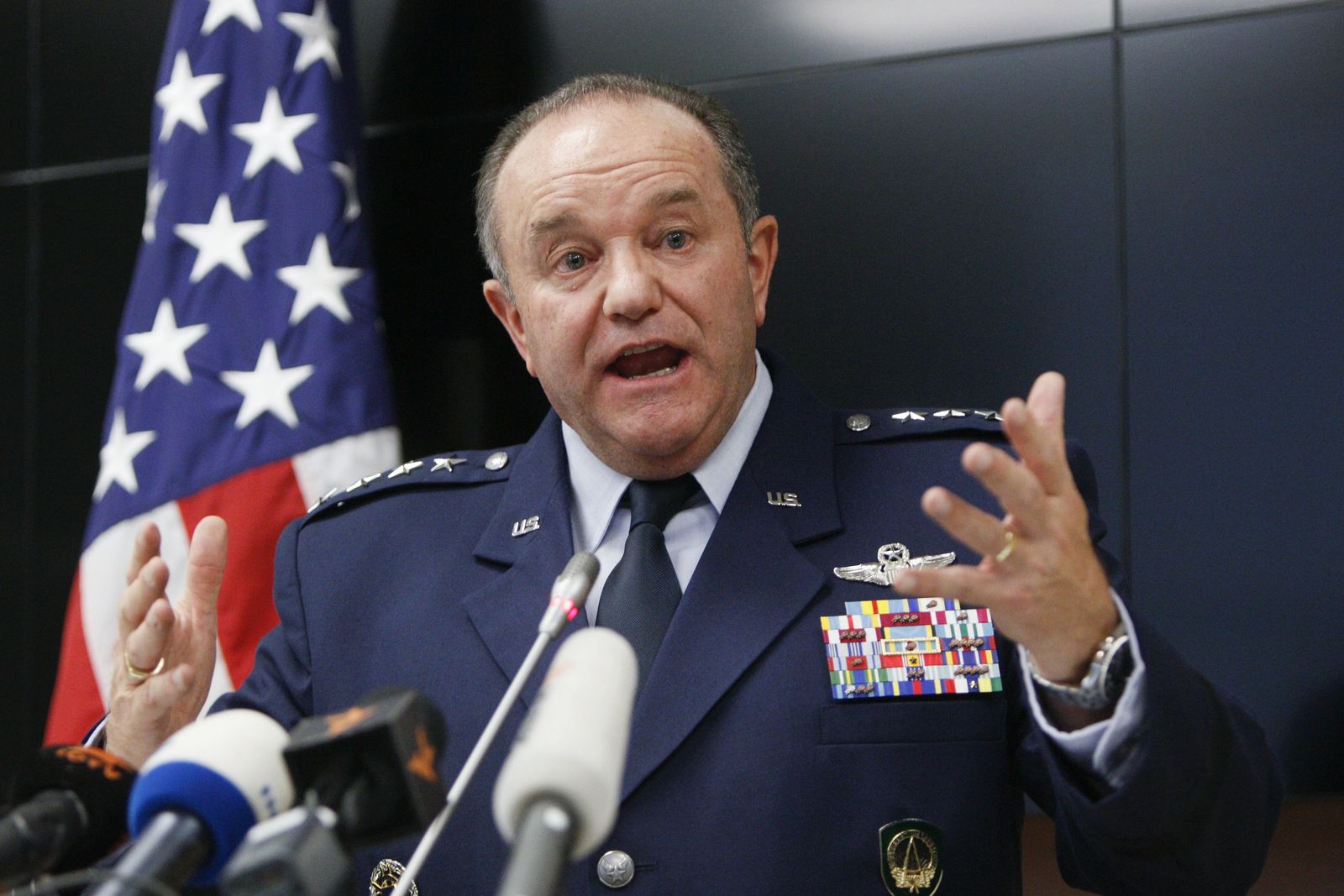 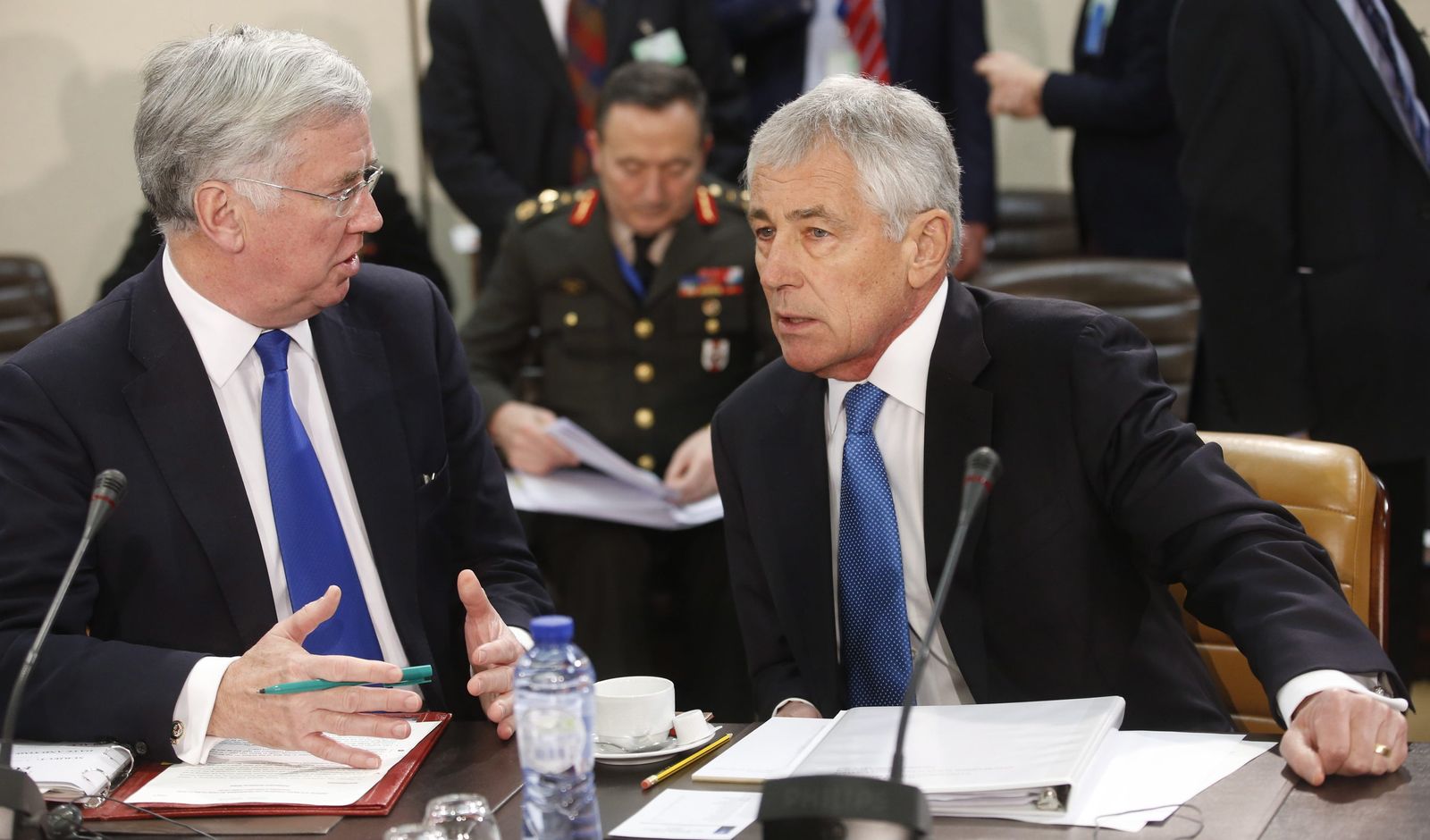