When physicist Ahmad Shirzad, 49, talks about his former colleague Masoud Ali Mohammadi, he has "nothing but good things" to report. Shirzad, a professor in the central Iranian city of Isfahan, is deeply moved when he describes the "24 years of friendship" between the two men, who studied physics together, including a semester in Italy.

Shirzad's friend Mohammadi died last Tuesday. He was on his way to give a lecture at Tehran's Sharif University when a booby-trapped motorcycle exploded near his car. 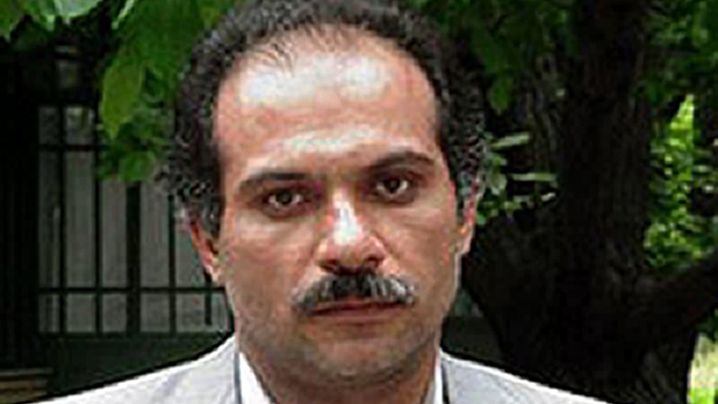 The killing is one of the most puzzling in the history of the Islamic Republic of Iran, a country not exactly lacking in assassinations. Was the professor an important nuclear expert? Was he working on Iran's secret nuclear weapons program? Is it possible that foreign agents set off the bomb to deliver a blow to the country's nuclear program?

Tehran, at any rate, did everything it could to create the impression that foreign powers were behind the attack. Ali Larijani, the speaker of the Iranian parliament, declared Mohammadi a "highly respected nuclear energy expert," while the media called him a "revolutionary scientist." The Foreign Ministry spoke of a "triangle of wickedness by the Zionist regime, America and their hired agents." Mohammadi's martyr's death as a loyal servant of the regime was assured.

It is certainly true that the Israeli government fears nothing more than nuclear weapons falling into the hands of a fanatical regime that threatens its existence. It is also true that a number of high-ranking politicians and scientists who are believed to have been spying for the CIA, including former Deputy Defense Minister Ali-Reza Asgari, have disappeared in the past. Others have died under mysterious circumstances, including Ardeshir Hosseinpour, a nuclear scientist who had worked at the uranium enrichment facility in Isfahan and was found dead after he had been poisoned.

But why would agents have wanted to kill Mohammadi? His friend Shirzad says that he "cannot recall that he did any research on nuclear issues." The International Atomic Energy Agency also stated that Mohammadi was "not an employee" of the agency.

A Warning to the Opposition?

This suggests that the assassination could also have been meant as a warning to other people who were tempted to step out of line. Mohammadi, like many Iranian scientists, was allegedly trying to leave the country. Before the June presidential election, he openly campaigned for Mir Hossein Mousavi, the strongest challenger to President Mahmoud Ahmadinejad. His name, along with those of more than 400 other scientists, appears on a Web site supporting the opposition leader.

Mohammadi is even believed to have met with Mousavi. He was reportedly arrested after the meeting and interrogated for several hours by Iranian intelligence. Only a few days before he died, militia members sharply attacked the physics professor during a panel discussion. The regime's thugs, though not exactly squeamish, are normally known for taking a more direct approach: eliminating their enemies in staged accidents, or simply shooting them, beating them to death or kidnapping them.

A militant group from Lebanon, on the other hand, which maintains close ties to its fellow Shiites in Iran, has experience with the use of explosives to liquidate its enemies, namely Hezbollah, which, with Tehran's help, has been fighting archenemy Israel for years from its base in southern Lebanon. Hezbollah members are also believed to be supporting the fanatics in Iran in their efforts to quell the "green rebellion" in the streets of Iranian cities. Last summer, protestors repeatedly reported having faced off with "Arabs" during street battles.

Could the attack on the professor bear the signature of Hezbollah involvement, as members of the opposition speculate? On the other hand, Tehran's intelligence agencies are very technically adept and could easily have built any type of bomb themselves.

As mysterious as Mohammadi's death remains, his funeral was no less bizarre. Around half of the roughly 1,000 mourners were thought to belong to the opposition. And yet the body was carried by members of the Revolutionary Guard, who are staunchly loyal to the system.

Whoever Tehran's Chief Prosecutor Abbas Jafari Dolatabadi presents as the killer, he is highly unlikely to belong to Hezbollah or the government security apparatus. In Iran, the members of those organizations are considered to be above the law.