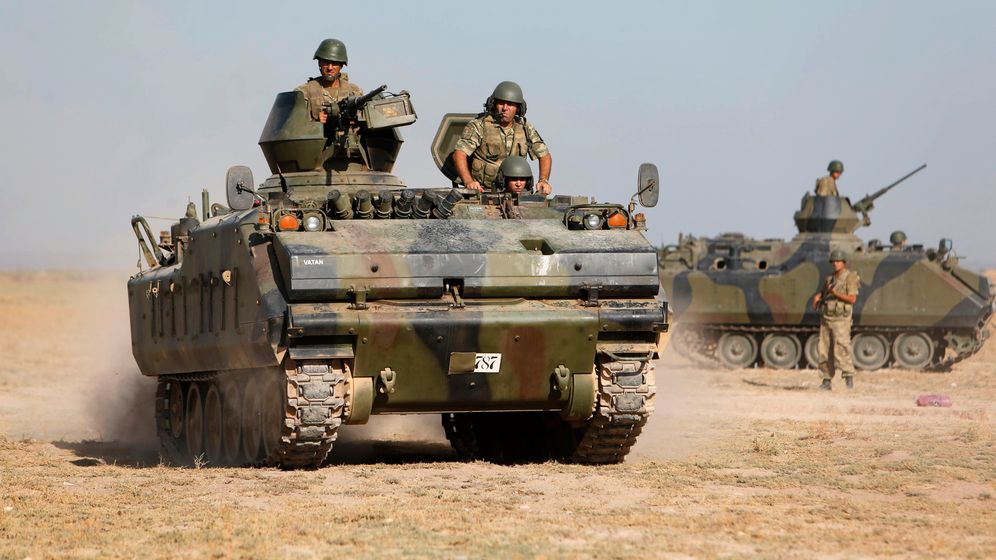 In the jargon of diplomats, a "game changer" is an event that completely changes a situation. It doesn't even have to be particularly spectacular. Just a small incident can sometimes be enough to alter the view of those involved and give a conflict an entirely different dynamic.

Syria's cross-border shelling of a Turkish village may ultimately be seen as just such an event. On Wednesday, an errant shell landed in the Turkish border town of Akcakale, killing five civilians, including a woman and her three children. It wasn't the first such incident, but it was, for Turkey, one too many. The government of Prime Minister Recep Tayyip Erdogan condemned the "provocation by the Syrian regime" and ordered retaliatory strikes. On Thursday, the Turkish parliament in Ankara authorized the country's military to launch cross-border raids.

The escalation in the long-bubbling border conflict has not gone unnoticed. The United Nations Security Council met in New York and the NATO Council gathered for an extraordinary meeting on Wednesday night in Brussels at the request of Ankara. Media speculation is rampant that the incident could mark the turning point in the Syrian conflict. The attack on NATO member Turkey could be enough to convince the alliance to finally move against Syrian autocrat Bashar Assad.

It is a question that has confronted NATO ever since violence broke out in Syria 18 months ago: Should the alliance intervene to stop the murderous fighting? So far, Western governments have done all they can to avoid being drawn into the complicated conflict. Furthermore, China and Russia have wielded their vetoes in the UN Security Council, blocking resolutions aimed at forcing Assad to step down.

The most recent border incident puts NATO in a difficult situation. Externally, the alliance must do all it can to show solidarity with its Turkish allies. Indeed, alliance members have rushed to condemn Syria in the last two days. Following Wednesday's reunification holiday in Germany, Merkel added her own comments on Thursday. "We condemn the Syrian attacks on Turkey in the sharpest possible terms," she said during a press conference with the visiting president of Yemen in Berlin.

She then added: "We also call on all involved to exhibit the utmost prudence" -- a sentence which reveals the flip side of the fine line the Western alliance is trying to walk. Internally, nobody wants to get involved in a military adventure in Syria.

Merkel was largely echoing Foreign Minister Guido Westerwelle, who also assured Turkey of the alliance's solidarity. "Now, though, we must focus on de-escalation," he said on Thursday adding that a political solution must be found. His British counterpart William Hague sounded similar, saying in Budapest that "the Turkish response is understandable, an outrageous act has taken place, Turkish citizens have been killed inside Turkey by forces from another country. So we express our solidarity with Turkey, but we don't want to see a continuing escalation of this incident."

Turkey too, despite its public outrage, seems uninterested in ratcheting up the tensions. Ankara called the Wednesday night meeting by invoking Article 4 of the NATO treaty, which requires consultations among alliance members, rather than grabbing for Article 5, which calls for NATO to treat an attack on a single member as an attack on all. Article 5 has only ever been invoked once, by the US following the terrorist attacks of Sept. 11, 2001.

In the roughly one-hour long meeting in Brussels, the Turkish ambassador informed his colleagues about the details of the shelling and told them of several smaller border incidents in recent weeks. He left little doubt that the shell fired on Wednesday clearly came from the Syrian army and not from rebels or other armed groups. Meeting participants, however, say that the Turkish ambassador seemed bent on caution despite the tense situation and insisted that Ankara was not interested in invoking Article 5.

Several of his counterparts, say participants, urged Turkey to continue to use discretion. It is a message that Westerwelle and his French counterpart, Laurent Fabius, had already communicated to Turkish Foreign Minister Ahmed Davutoglu in telephone calls prior to the NATO meeting. The attacks are deeply disturbing, Westerwelle said after the phone calls, but he asked Davutoglu to "act without losing sight of the extremely dangerous situation in the entire region."

Whether Turkey will be satisfied with the rhetorical support offered by the alliance remains to be seen. Ankara has been demanding for months that a militarily guaranteed buffer be established between Turkey and Syria and has often spoken of a no-fly zone. NATO has consistently rejected the two measures, saying they would be the first steps toward military involvement in the Syrian conflict.

The border incident also alarmed Russia, Assad's most important ally on the international stage. The Kremlin fears nothing more than a NATO intervention. In Moscow, Russian Foreign Minister Sergei Lavrov demanded that Damascus and Ankara move quickly to establish direct contact as an important step toward resolving their differences. It is vital to have an open channel of communication, Lavrov said. He added that "we have spoken to the Syrian authorities who assured us … that what happened at the border with Turkey was a tragic accident and that it will not happen again."

The UN Security Council will address the border incident on Thursday. UN diplomats, however, say that anything stronger than a non-binding appeal to Assad to respect international borders is unlikely. 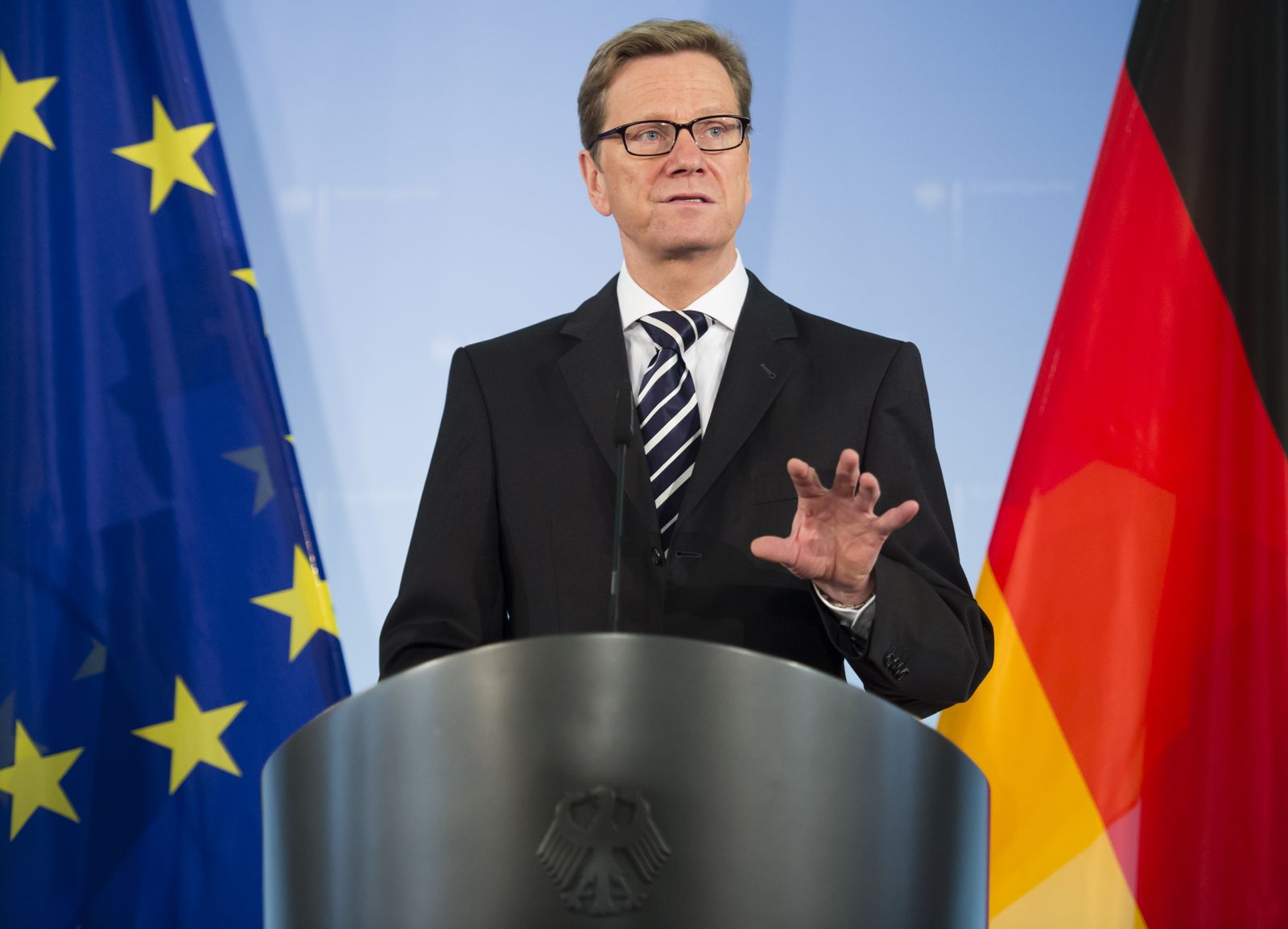