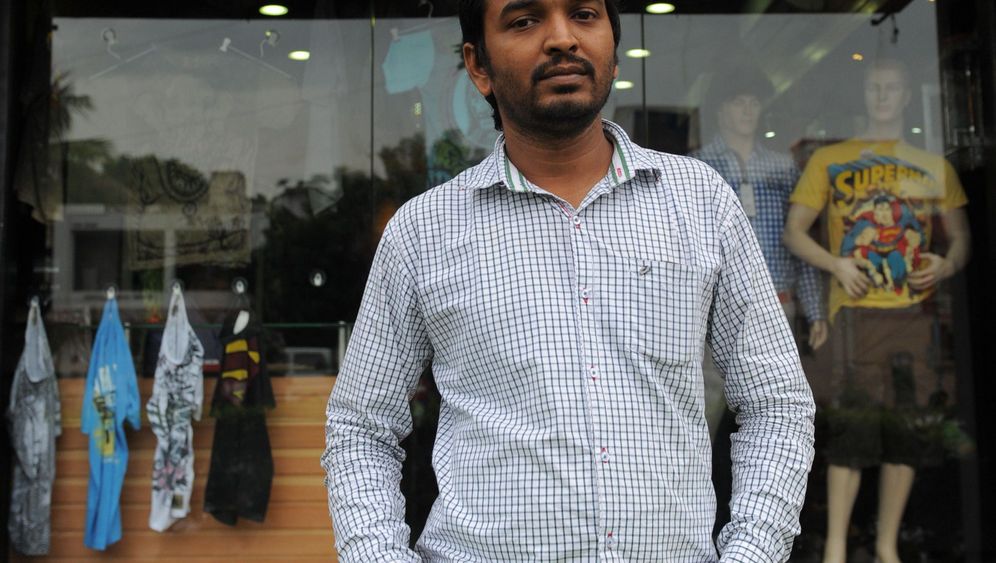 This isn't the first time that the name "Hitler" has sparked anger in India. There was the restaurant owner who dubbed his new café "Hitler's Cross," and there was the company that designed bed linens with swastikas as part of "The Nazi Collection."

Are some people in India really so undiscerning? Do they simply have no idea that using words like "Hitler" or "Nazi" evokes the worst dictatorship of the 20th century?

Indeed, there has even been a Bollywood feature film about the historical exchange of letters between Gandhi and Hitler meant to depict the latter's "insecurities, his charisma, his paranoia and his sheer genius." The film was released internationally as "My Friend Hitler," but in India under the title "Gandhi to Hitler." Word about the film during production sparked an uproar in India that prompted Anupam Kher, the actor playing Hitler, to abandon the role.

Now, two young businessmen have opened a swank new store named "Hitler" in Ahmedabad, the capital of the western Indian state of Gujarat, offering Western-style men's clothing. The sign over the door has "Hitler" in capital letters, though the "i" has a dot bearing a red swastika.

SPIEGEL ONLINE spoke with Rajesh Shah, one of the two owners.

SPIEGEL ONLINE: Congratulations on opening your new store. But you probably couldn't have come up with a worse name.

Shah: Why? I am shocked by the vehement reactions from around the world. Wasn't Hitler an elected politician? Did he only cause bad things and nothing good?

SPIEGEL ONLINE: Do you seriously want to say nice things about a man responsible for the deaths of millions? About a man who murdered people in an industrial fashion?

Shah: No, of course not. I must add that I didn't know much about Hitler when we chose the name.

SPIEGEL ONLINE: So why did you choose this of all names?

Shah: We named the store after the grandfather of my business partner. He was a very strict man, very precise and very picky. So everyone called him "Hitler" in jest; it became his nickname. When we registered our store under that name, all I could say about Hitler was that he was a very strict man. I wasn't aware he had had so many people killed.

SPIEGEL ONLINE: Are you planning to change the store's name now that you know more about its namesake?

Shah: We paid about 150,000 rupees (€2,150/$2,700) for the sign over the entrance, the brochures and the business cards. If someone compensates us for that, we'll change the name. If we are legally forced to do it, the father of my business partner -- that is, the son of "Hitler" -- will assume the costs.

SPIEGEL ONLINE: Do you seriously intend to otherwise keep the name even though the Jewish community in India and other groups have been protesting against it? And even though there are media reports all over the world about your store -- and not exactly positive ones?

Shah: Like I said, we named the store after my business partner's grandfather. No one can claim we have anything against Jews. We are Hindus; Hindus have good relations with Jews.

SPIEGEL ONLINE: Hitler was a misanthrope, megalomaniac and racial fanatic. By using not only his name, but also a swastika, you are expressly referring to him.

Shah: The swastika is a Hindu symbol of good luck …

SPIEGEL ONLINE: …but also one the Nazis adopted as a symbol of a supposedly superior race.

Shah: India is a democracy, a free country. Why shouldn't we be allowed to use this name and this symbol?

SPIEGEL ONLINE: You are seriously naïve.

Shah: You might be right. Maybe we'll give more thought to the matter.