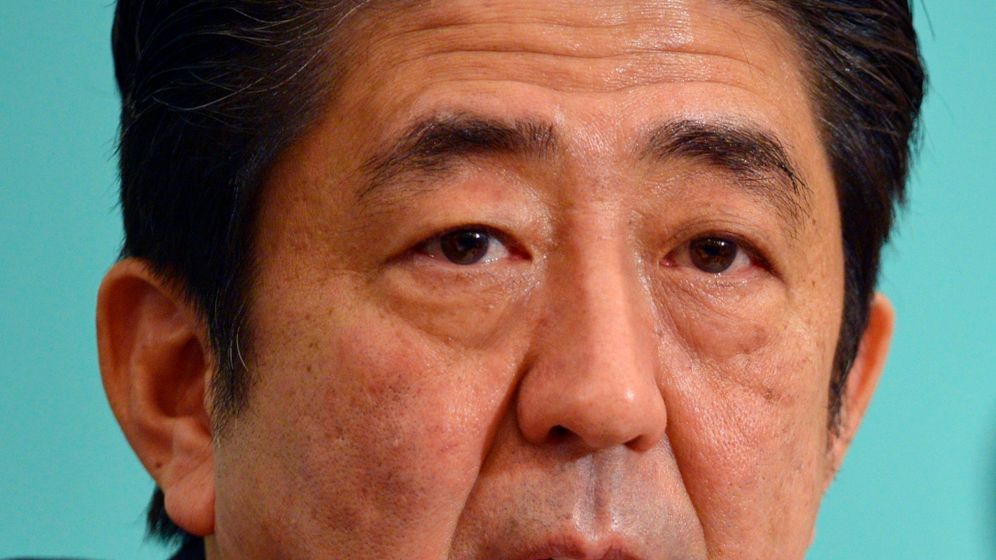 Before Japan's newly elected prime minister took office, he made a pilgrimage to the graves of his ancestors in Yamaguchi Prefecture, in southwestern Japan. He lit incense sticks and pressed his hands together in front of his chest. Then he told his supporters what he had pledged to the dead: "This time, I am determined to fulfill the mission."

With his solemn promise in late December, Shinzo Abe wasn't exactly suggesting that his first attempt as prime minister had failed miserably. Indeed, he resigned in September 2007 after a number of failures and owing to his poor health. Instead, the 58-year-old was invoking the political legacy of his father and grandfather precisely because that is his platform.

On Dec. 16, Abe recaptured the majority in the lower house of parliament for his conservative Liberal Democratic Party (LDP), which was voted out of power only three years ago. Now Abe wants to lead the aging and insecure Asian economic power back to its former greatness and, most of all, to rid it of its unpopular "postwar regime."

In saying that, Abe is referring to what the American occupiers imposed on the Japanese Empire after it lost World War II: its pacifist constitution, a relatively liberal education system and an understanding of history that is wholly foreign to Abe. This reading, which the Allied victors inserted into court decisions in the 1948 war crimes trials in Tokyo, painted both Japan and Germany as aggressors in need of permanent taming.

The premier wants to return Japan to its former position as a "beautiful country," which is also the title of a book in which he describes his vision for the nation's future. He wants this new Japan to re-embrace the values promoted by his father, former Foreign Minister Shintaro Abe (1924-1991), and practiced by his grandfather Nobusuke Kishi (1896-1987), whom he admires.

Kishi was the Japanese version of Albert Speer, Hitler's minister of armaments and war production. He expedited the subjugation of China in occupied Manchuria in the 1930s, and he later managed Japan's war machine against the Allies.

Although arrested after Japan's surrender in 1945, Kishi had already returned to the political stage in 1957 as prime minister, blocking efforts to reconcile his country with China. By making a name for himself as an anti-communist ally of the United States, he gained new influence for his country.

Now that Abe is prime minister, Japan's past is suddenly present again. Fourteen of the 19 members of his cabinet belong to a group of lawmakers that promotes pilgrimage tours to the Yasukuni Shrine, a heroes' memorial where even the men who were designated Japan's main war criminals are among those worshipped as Shinto deities.

"Many Japanese don't see their country as a perpetrator, but rather as a victim of the war," says Kenichi Shimamura. The sociologist believes that the Japanese prefer to think about the suffering they endured in the war, especially after the atom bomb was dropped on Hiroshima, rather than about the war crimes they committed.

The new rulers would even prefer to blot out tentative gestures of remorse. In 1993, Tokyo officially apologized for abducting at least 200,000 Asian women to be used as forced prostitutes. Abe, on the other hand, publicly questions whether the military actually forced the so-called "comfort women" to provide sexual services.

Neighboring countries, such as China and South Korea, aren't the only ones who view Japan's new revisionist trend with suspicion. The United States, its main ally and protector, also fears that Abe's cabinet of atavistic politicians could heighten tensions in East Asia.

The situation is already tense enough after last fall's dispute over the Senkaku Islands in the East China Sea. Last Tuesday, Tokyo summoned the Chinese ambassador to protest an incident in which four Chinese ships had spent 13 hours in waters Japan claims as sovereign territory.

Almost every day, Chinese patrol boats and the Japanese coast guard are engaging in risky naval maneuvers and power games in the region. In December, a Chinese reconnaissance plane flew over the disputed islands at a low altitude.

With such acts of provocation, Beijing is alarming the Japanese. Their biggest hope for Abe is that he can bring the ailing economy back to health. But because they also fear China, which replaced Japan in 2010 as the world's second-largest industrial power, Japanese voters decided to give the nationalist politician a second chance as prime minister.

Now Abe wants to quickly increase defense spending. He is expected to buy surveillance drones from the United States soon in response to China's unveiling of eight new unmanned aircraft at an aviation show in November.

But Abe is also a flexible political realist. A few days ago, he sent a special envoy to South Korea to inform Park Geun Hye, its newly elected president, that he has no intention of fueling the dispute over another archipelago, the Dokdo Islands controlled by Seoul, which the Japanese refer to as Takeshima.

During the election campaign, the LDP had stoked tension by announcing plans to introduce an annual "Takeshima Day." But, for the time being, Abe has his hands full preparing his country to face a more dangerous rival, China.