The kidnappers came in an SUV. Not far from the northern Yemeni city of Saada, they ambushed a party of picnickers and captured a German married couple, their three children and four others. That was on June 12, 2009.

The Christian aid workers from Bautzen, Germany, were considered missing for five years, with their deaths only confirmed in August 2014. The kidnappers' identities --and it remains unresolved whether they were apolitical criminals or Islamists -- remains unclear.

The abduction in northern Yemen caused a frenzy of activity in Berlin and in the Yemeni capital. Crisis committees were formed at the German Embassy in Yemen and the Foreign Ministry in Berlin. Diplomats and experts from Germany's Federal Criminal Police Office (BKA) and its foreign intelligence agency, the Bundesnachrichtendienst (BND), frantically tried to obtain background information and establish contact with the kidnappers.

Bad news, however, was soon to follow. Three of the German couple's companions -- two German nurses and a South Korean teacher -- were found shot to death several days after their abduction.

At the time, German government officials were not the only ones interested in the case. New documents from the archive of the former American intelligence employee Edward Snowden, which have been viewed by SPIEGEL, contain evidence that the National Security Agency (NSA) snooped on German agencies' communications concerning the kidnapping. The eavesdropping went all the way up to the BND and provided the Americans with insight into the findings of the German intelligence apparatus.

The NSA intercepted internal German communications about the delicate incident in Yemen at least twice. In a list of reports from wiretapped telephone conversations and emails, NSA analysts marked a section of text with the keywords "Germany-Yemen/hostages." The text read: "German BKA reports Western hostages in Yemen are alive, Yemeni officials delay releasing information, 12 July 2009."

Both entries prove that the US government targeted far more than just terror suspects and weapons smugglers with their electronic surveillance. They also targeted agencies and intelligence services in other countries -- in the case of Germany, an ally.

Exactly how the NSA managed to get its hands on internal information from the BKA and BND is not revealed in the new documents. The list is part of an internal NSA presentation about one of the biggest online dragnet programs, which the agency developed and operated together with telecoms giant AT&T. The program carried the name "Fairview."

Among other things, it was developed to intercept the large, fiber optic cables running along the ocean floor -- the Internet's intercontinental arteries -- enabling emails to be read and telephone conversations to be tapped. It was likely through this access point that the NSA got ahold of the German agencies' communications.

The German government has known since 2010 that the BND was helping the NSA to surveil European and German citizens and institutions. Federal prosecutors recently pressed charges against a BND employee for allegedly providing the CIA with secret agency documents for €95,000.

The latest document from the Snowden archive shows that the Americans complemented their knowledge about German agencies with information gleaned from their mass surveillance programs.

The backstory to the US government's heightened interest in the Yemen kidnapping had to do with Washington's criticism of the Germans for paying high ransoms to secure their citizens' freedom.

The Americans, on the other hand, were sticking to their hardline policy. Ransom payments remain taboo. According to US political doctrine, briefcases and bags stuffed with dollar bills only serve to invigorate the kidnapping industry. This difference of opinions alone made the Germans' handling of the difficult situation in Yemen a legitimate surveillance target.

A spokesman with the German Interior Ministry told SPIEGEL that German authorities have no evidence of US surveillance in the Yemen hostage case. The telecommunications of German government personal are normally securely encrypted, he said -- but in emergencies there might be situations in which it is more important to make a quick phone call than to follow all the rules of operation security.

Just what technology the Americans used to intercept the German communications is unclear. Of the codenames for the three surveillance facilities listed in the Snowden document, two are publicly known: US-990, denoting transit traffic processed by Fairview, and US-3150 naming a subprogram of Fairview which is related to the decryption of VPN connections.

At least one other piece of information also landed in the NSA's giant dragnet. In the NSA's presentation of Fairview, there is also an entry pointing to consultations between Germany and South Korea: "German and South Korean officials discuss G8/G20 issues."

NSA employees forwarded this information along to their partner agencies in Canada, Australia, New Zealand and Great Britain. They were classified "TS," or "Top Secret." 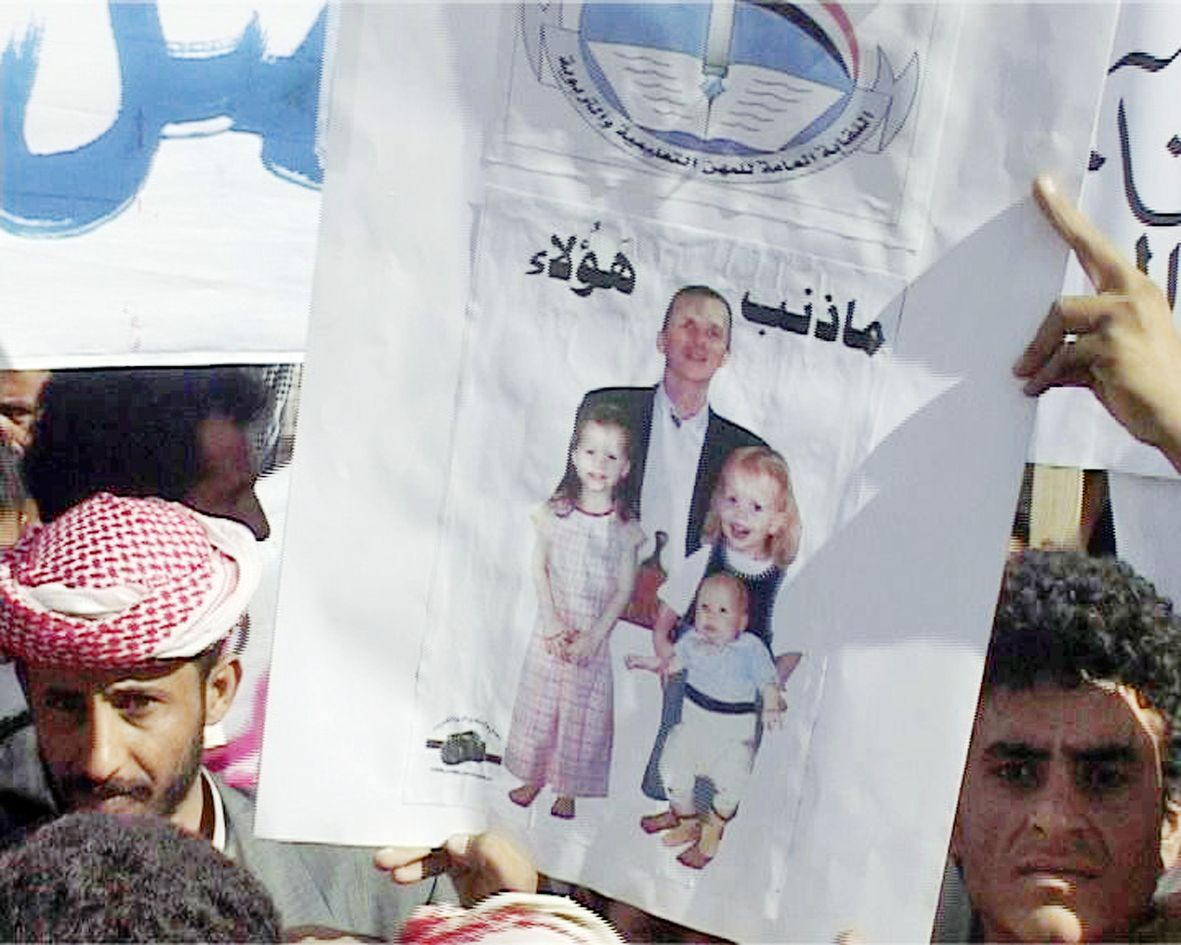 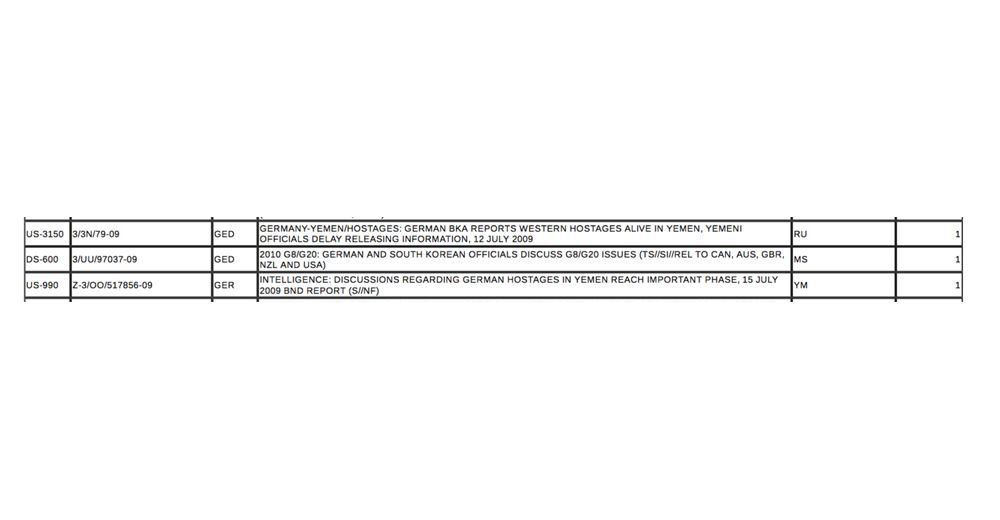 An excerpt from the NSA document about the Yemen abductions