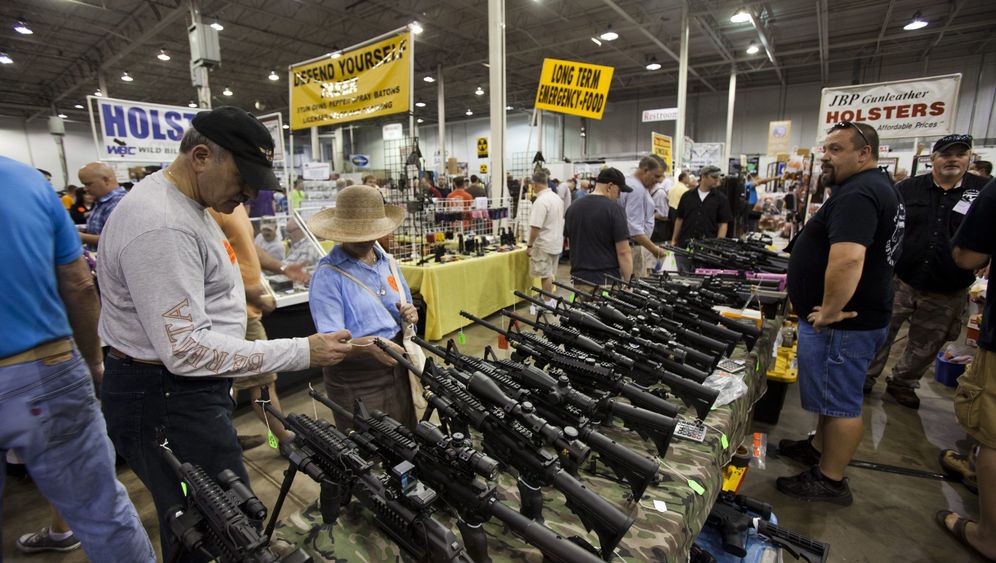 The "Disney Princess" model, which comes in pink and pale blue and is adorned with smiling royal children, is meant for girls. The model "SwissGear" comes in a cool black and grey and are aimed at boys. And then there is the "Avengers" model, named after the comic book heroes.

Costing up to $400, these backpacks for school children aren't cheap. That's also why they come with a contemporary twist: They're bullet proof. "The backpack can be quickly brought to the front as a shield or can serve as center of mass protection while fleeing the scene of the shooting," the American maker of these ballistic backpacks, Amendment II, advertises on its website.

This isn't some dark joke, either. Amendment II, named after the United States Constitutional amendment which guarantees the right to bear arms, makes armor for soldiers and cops, but also for even the smallest civilians. Since the massacre in Newtown armoured backpacks for children have become the company's latest best-seller.

"We have tripled our sales," the Utah-based company's president, Derek Williams, boasted in an interview with the US magazine Mother Jones.

These are the consequences of the Newtown massacre. More so than any other killing spree, this shooting has deeply stirred America's moral conscience. Weapons are in America's DNA, even if children are held sacred. So how does the country now reconcile this tragic conflict?

"Friday changed everything," said Joe Scarborough, who hosts a morning show on the US cable channel MSNBC, and was formerly a staunch pro-gun advocate.

Indeed, things appear to be different this time. As the town of Newtown lays its children to rest, the aftershocks appear to be growing stronger.

'Blood on Your Hands'

On a daily basis, CNN broadcasts new photos of the young victims underscored with the song "Amazing Grace." Hundreds of thousands of Americans have signed online petitions against weapons. Retail store chains are clearing their shelves of guns. Share prices of weapons makers are collapsing. Private investment firm Cerberus Capital wants to remove itself from the entire weapons business, although this is unlikely to have to do with any suddenly discovered morals.

The shock is especially apparent in Washington, where the debate is more heated than it has been in decades. On Tuesday, gun control advocates marched to Congress flanked by the bereaved. The front page of Tuesday's New York Daily News showed blood splashed on the US capitol building accompanied by the headline: "Blood on Your Hands." As burials begin, the paper wrote, "it's time for DC to act."

Democrats have signaled that they will seek to prohibit assault rifles, like the AR-15, one of the most popular US weapons and the one used by the Newtown perpetrator. President Barack Obama, who until now has only managed empty words, echoed their calls, albeit only in an indirect and winding way through his spokesperson Jay Carney. His former chief of staff Rahm Emanuel, current Chicago mayor, already believes that the initiative will be successful. The horror of Newtown has led to a "tectonic shift in attitudes" among Americans, the mayor said on "CBS This Morning."

Even the self-righteous gun lobby, the National Rifle Association, admitted to being "shocked, saddened and heartbroken by the news of the horrific and senseless murders in Newtown," in a statement released on Dec.18, four days after the shootings. NRA officials said they will hold a major news conference in Washington on Friday Dec. 21 with their own "meaningful contributions to help make sure this never happens again." What those words conceal and whether the almighty political group will really change its course remains to be seen.

Because what can really change? True change requires coonsiderable time -- and it might not be lasting, either. Just look at the planned ban on assault weapons, initiated by Senator Dianne Feinstein, which would essentially be a reissue of a similar law that was on the books from 1994 to 2004 until it automatically ran out. Even then it was considered to be insufficient.

In addition, any change in US weapons laws must first be passed by the US House of Representatives, where the Republicans have a majority. There, Robert Goodlatte, incoming chairman of the House Judiciary Committee, which regulates firearms laws, is opposed to such changes. On Tuesday, he told Congressional Quarterly that although he is in favor of reviewing what happened in Connecticut, "gun control is not going to be something that I would support."

Congress has one other option at its disposal. "Every idea should be on the table as we discuss how best to do just that," said Harry Reid, the Senate's top Democrat and until now a weapons fan. That could involve regulations on munitions clips, better cooperation between authorities and stronger oversight of private gun shows, where firearms are freely sold. Still, the Republicans first have to play ball.

Even if they do, in the end the country's highest court could also intervene. The Supreme Court has historically always stood on the side of weapons owners, hollowing out the Brady Act, the pioneering gun control law from 1993. The Supreme Court held that the provision which compelled state and local law enforcement officials to perform background checks was unconstitutional.

Obama could also act on his own as president. He could strengthen background checks, require that more data be collected or restrict weapons imports with a presidential order. The US Justice Department has been working on such a list of possible measures since the January 2011 shooting of Representative Gabby Giffords. So far, however, it has not pushed that list forward out of fear.

That fear is not exclusively political. Despite the national outcry after Newtown, hatred against Obama has been stewing among extreme gun advocates, a development that has been partly illustrated in racist comments posted on the Internet following the school shooting. The NRA has also long stoked conspiracy theories from the dregs of the right, saying that the US president wants to take away all guns.

But new laws are less important than the need for a change in thinking. "We will have to change," Obama said at a Sunday vigil in Newtown. But that's easier said than done. Obama has been less than pioneering when it comes to delicate political topics such as the debate over gay rights. "On the issue of gun violence, President Obama has shown a gift for eloquent rhetoric but no follow-through," Arianna Huffington wrote on the Huffington Post. "Will the president lead the way?"

It hardly rests on Obama alone. New York magazine writer Frank Rich compares guns to America's other original sin, slavery. "We know how long it took us to shake those shackles," he wrote.

Pulitzer Prize winner Garry Wills suggests that the gun is "an object of reverence," in a commentary in the New York Review of Books. In the essay, he describes gun worship as a "sign of a deeply degraded culture." In that context laws are too little, too late.

Gun rights advocates are already commencing the counter attack on such arguments. Larry Pratt, head of the lobby group Gun Owners of America, has been doing the talk show rounds and is calling for more assault weapsons rather than fewer. Meanwhile, Texas Governor Rick Perry is trying to win over Tea Party supporters with the suggestion that teachers should be armed. That's already long been the case in at least one of the school districts in his state.

In the meantime, more people are dying. On Tuesday, a man in Colorado shot three people before turning his gun on himself. One of the victims was able to call the police. That last sounds that could be heard were those of a female voice screaming, "No, no, no!" Then a gun shot and then silence. 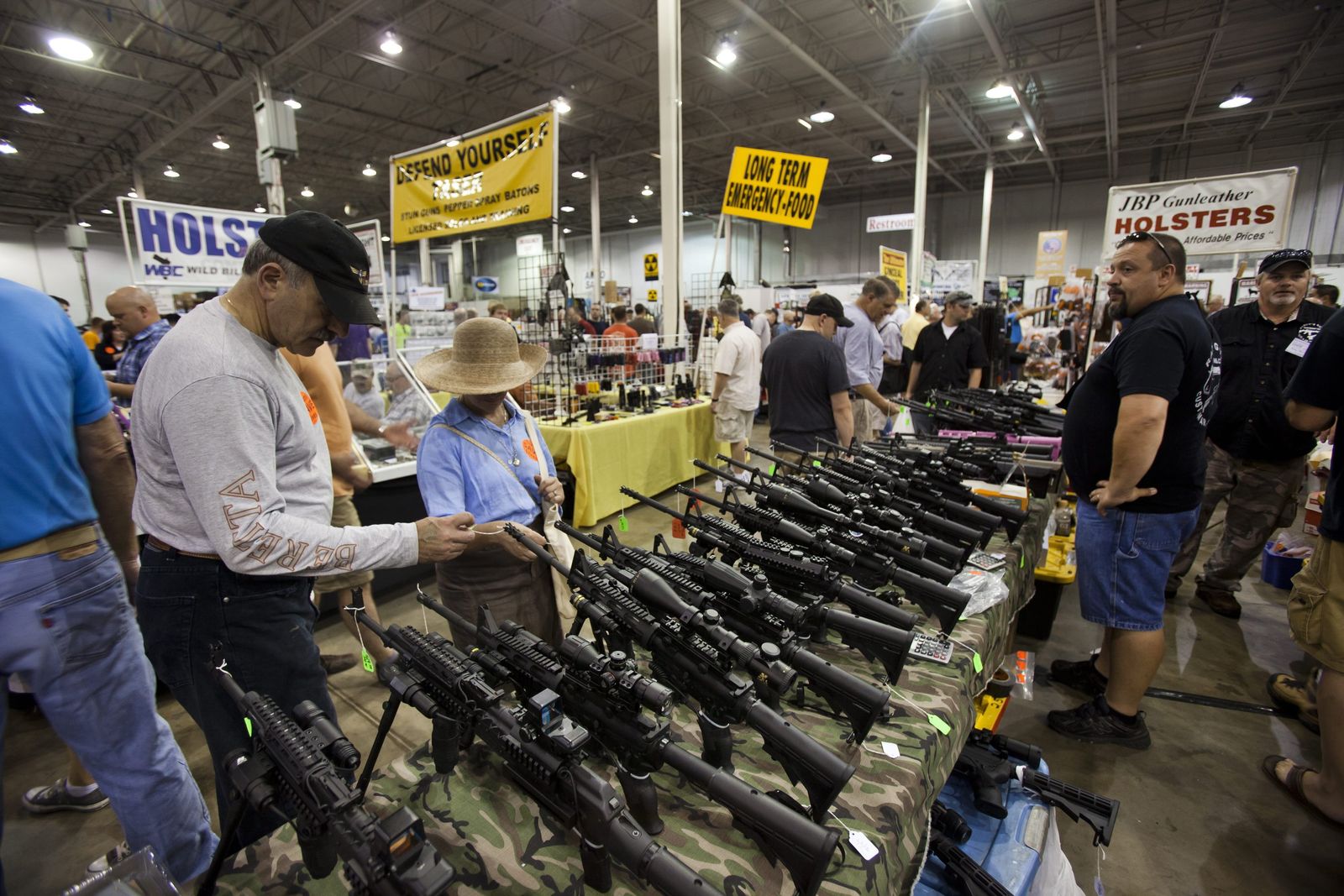 Despite the horror of the Newtown massacre, the US gun lobby remains a powerful force that stands in the way of reform.