In the end, even a meeting between Barack Obama and Vladimir Putin failed to deliver results. Participants at the G-20 summit in St. Petersburg couldn't manage to find a common position on Syria. The American president demanded that punitive action be taken against Syria, but his Russian counterpart stood between Obama and his allies. Now any decision on a possible military strike against Damascus will be up to the US Congress.

Washington has left no doubt that, from this point on, it will prepare an intervention without a United Nations mandate. Samantha Power, the US ambassador to the UN, said negotiations in the Security Council had failed because of opposition from Moscow. And it is also unclear whether Washington will still wait for a report on the use of poison gas in Syria before taking action. It could still take a few more weeks before that report is delivered.

The failure at the G-20 summit to reach an agreement that would have enabled a Security Council deal was expected. The meeting of the world's 20 most important industrialized and emerging nations was originally conceived as an economic forum. Its limits are quickly reached when it is used to discuss issues of foreign policy. Only a few years ago, fans of the G-20 dreamed the constellation could be developed into a substitute for the large and often unruly UN, but few speak in such broad strokes today.

Skeptics of the G-20, like German Chancellor Angela Merkel, noted before the expansion of the G-8 to including 20 members in 2008 that making the group bigger would not necessarily make it any easier to solve problems. From the looks of things now, such concerns were prescient. Yet another summit, this time in St. Petersburg, demonstrated that the differences in interests and political views between the member states are simply too great.

It is largely the Western nations, who view themselves as champions of universal values and norms, that are pushing for an intervention in Syria on humanitarian grounds. When it comes to emerging nations, however, foreign policy tends to be more pragmatic. The best example of that is China, which has warned that a military strike against Syria could jeopardize the global economy.

One can certainly debate whether it makes sense to conduct a military strike. Critics correctly note that a limited bombing attack would do little change the situation in Syria. Besides, the European Union hasn't even been able to agree to a common position. Countries like France and Britain support military efforts, even if the British will not be participating themselves now that the House of Commons rejected a direct role in Syria. And other European countries oppose any attempt by the United States to go it alone. A third group, which includes Germany, doesn't want to commit.

Indifference seemed to be the prevailing position among participants at the summit. They condemned the deployment of poison gas in Syria on Aug. 21, saying it violated international conventions, but the majority of G-20 states do not feel they are required to act. At the same time, this apathy among countries also means that the US government likely has no reason to fear mass resistance in the international community if it decides to strike Syrian dictator Bashar Assad.

The intended focus of the G-20 meeting had been the global economy, but those discussions were overshadowed by the Syria crisis. The Europeans had sought to push for deeper efforts to combat shadow banks and tax evasion. In principle, the G-20 countries had already agreed that all financial centers around the world would be subjected to supervisory authorities. But things fell apart when it got down to the details. Many emerging countries, but also the United States, don't believe they should have to sacrifice domestic advantages for the sake of greater competition for international capital.

That's why summit participants didn't agree to any concrete measures in the fight against tax tricks used by large corporations. Nor were they able to reach any agreement on tighter regulations for shadow banks, including hedge funds, private equity and money market funds. For now, they have merely agreed to a timeframe: They plan to revisit the issue in November.

All eyes are on Washington with regards to Syria -- the US Congress is set to vote next week on military intervention in the war-torn country. A majority in favor of military action is by no means a certainty, however, neither in the Senate nor in the House of Representatives. The Senate foreign relations committee gave the green light on military authorization on Wednesday, and Obama also has the House leaders of both parties on his side. But the president still has some convincing to do when it comes to senators and members of congress -- in some US constituencies, Syrian intervention is just as unpopular as in Europe.

Should the US Congress approve the move, military action would only be a question of time. Obama has spoken of "limited action" in Syria with the aim of weakening the Assad regime, not overthrowing it. But it remains to be seen what will happen after that. A peace conference -- which would include all parties involved in the civil war, as well as other power players in the region -- is still under consideration. The controversial question of whether Assad and Iran would be asked to attend has yet to be solved, though. Putin has warned the American president that military action would obliterate all hope of a peace conference in the near future.

Though bringing Syrians to the table will be difficult, bridging the gap between Russia and the US will be equally complicated. Diplomatic relations between the two nations have hit rock bottom at this week's G-20 summit. Not only did Putin openly called Secretary of State John Kerry a liar, Obama's deputy national security adviser, Ben Rhodes, said that Russia had contributed nothing to a solution in Syria. Verbal disarmament is unlikely -- the discussion will only become more heated. 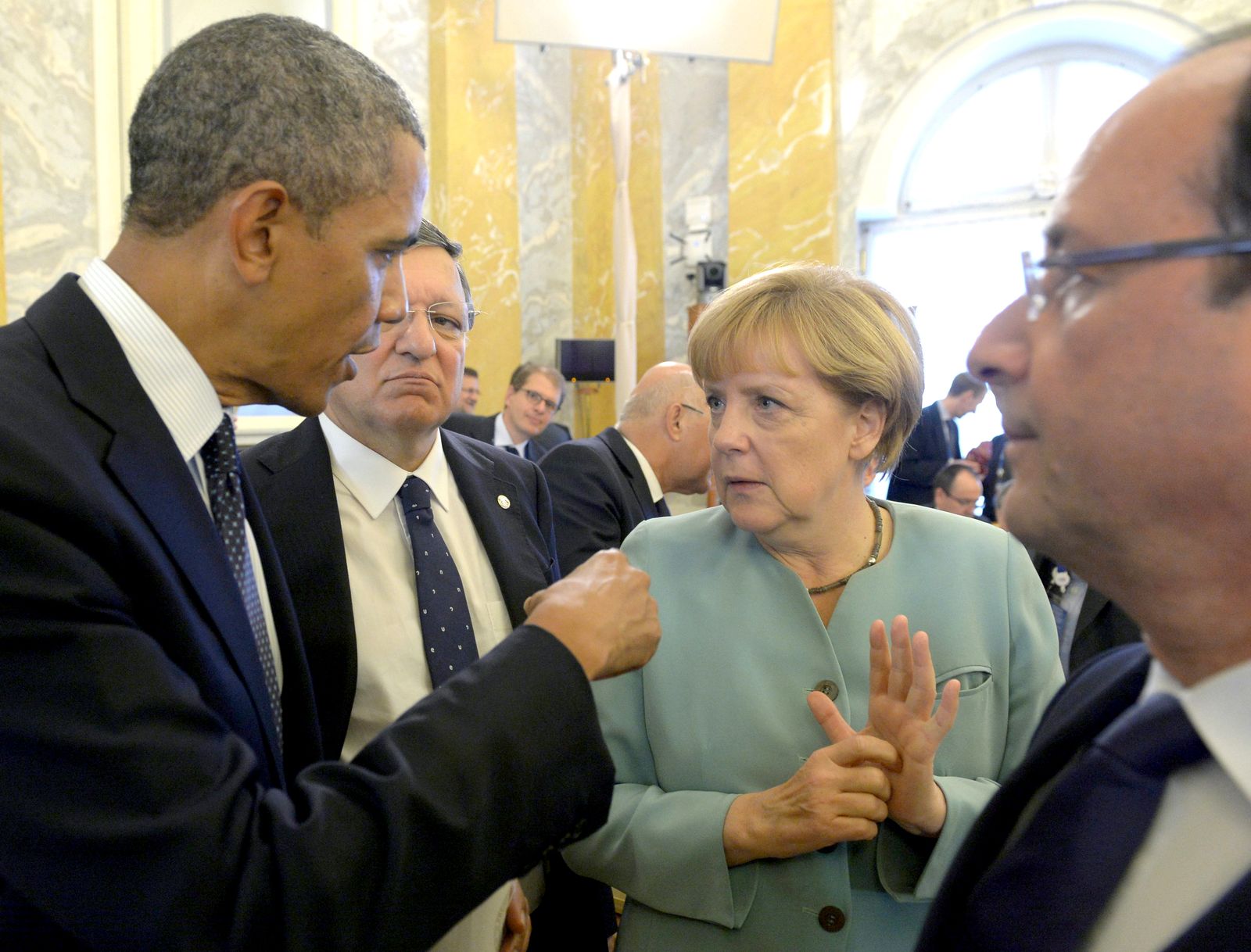 G-20 leaders did not see eye-to-eye on military intervention in Syria.