A planned visit to Turkey by Dutch members of parliament is up in the air after the Turkish Foreign Ministry on Tuesday said the delegation would not be welcome if it included Geert Wilders, the controversial leader of the populist Dutch party Party for Freedom (PVV). Wilders, known for his anti-Islam film "Fitna" and for comparing the Koran to Hitler's "Mein Kampf," strongly opposes Turkey's accession to the European Union.

Burak Ozugergin, from the Turkish Foreign Ministry, told the news agency ANP: "Such a fascist and a racist is not only unwelcome in Turkey but also in many European capitals. We can't find anyone who wants to meet him."

Wilders said he was dismayed by the Turkish position. "This is not a democratic way to deal with a democratically elected politician," he said. "Turkey is showing its dirtiest face."

A spokesperson for the Foreign Ministry in Ankara had earlier stressed that no decision had been made on whether Geert Wilders would be allowed to enter in January: "It is up to the prime minister to publicly disclose it."

"We feel the ideas of Geert Wilders are racist and unacceptable," the spokesperson said. "That is why no one here is eager to roll out the red carpet for him, and neither are many other European capitals. The media attention for his coming to Turkey will overshadow all other members of the delegation and jeopardize the excellent relations we have with the Netherlands. We have to draw the line somewhere."

The spat has sparked a flurry of Dutch media coverage. It was the Turkish daily Aksam which on Tuesday broke the news of the ministry's worries about the forthcoming visit of Dutch members of parliament including Geert Wilders, but the controversy got little attention in other Turkish media.

Wilders is just one of many European politicians who are opposed to Turkey joining the EU. Observers in Turkey pay more attention to French President Nicolas Sarkozy and German Chancellor Angela Merkel, who both oppose Turkish membership of the bloc and who wield considerably more power than Wilders.

A Chat with Wilders?

But the ministry's stance on Wilders doesn't reflect the opinion of the whole country. In fact, both secular and religious opinion makers in Turkey who are familiar with Wilders say they would welcome a conversation with the polemic politician, for reasons of their own.

Leyla Tavsanoglu is a columnist for the republican newspaper Cumhuriyet, which has campaigned against political Islam ever since it was founded in 1924. "Geert Wilders is a very interesting man. Do you think he would have half an hour for me when he is here?" she asked eagerly.

"I fear political Islam as much as he does," she said. "Because more and more villages in Anatolia have banned alcohol, because my phone is being tapped, because my 80-year-old boss has been arrested, because someone threw a bomb over the fence here 18 months ago."

However she feels that Wilders' solution is wrong. "It is precisely because of these fears that we should admit Turkey into the European Union," she says. "Or we will lose this country to radical Islam and Europe will have a second Iran at its border. Surely that's not what he wants."

Tavsanoglu's point of view represents that of most secular Turks who live in the affluent neighborhoods of Istanbul. She is the voice of an elite that, over the past seven years, has been gradually losing power to the emerging religious middle class, headed by the ruling AKP party of Prime Minister Recep Tayyip Erdogan.

Ironically, it was the very reforms required for EU membership that led the secular Turkish elite, and especially its guardian, the powerful Turkish army, to rapidly relinquish influence. Army generals are now being prosecuted for conspiracies and alleged coups, as are many secular and republican opinion leaders. These persecutions are among the 10 reasons Wilders has listed on his Web site for blocking Turkey's entry to the EU.

"Normally, the army belongs in the barracks. But I will make an exception for Turkey," Wilders wrote. "The Turkish army is the greatest defender of Kemal Ataturk's legacy, the man who compared Islam with a rotting corpse. Without the corrective influence of the army, Turkey would already be a second Iran."

This position is incomprehensible and indefensible, said Mustafa Akyol, a columnist and deputy editor of the Turkish Daily News and a practising Muslim. "Wilders forgets that Ataturk in his time (the 1920 and 30s) turned Turkey's face to the West, but that the West wasn't a very pleasant place at the time. Many of the European fascist and nationalist ideologies of the time, like that of authoritarian one-party states, were thus imported to Turkey and the secular Turks have held onto them until now.''

When Akyol saw Wilders' film Fitna in 2008, he invited the Dutch politician to meet with him over a Turkish coffee so that Akyol could explain why he should not fear Turkish Islam. Given the chance, he said, he would tell Wilders that the ruling AKP party, with its roots in political Islam, has done more for democracy in Turkey than any of its predecessors. The government has continued its overtures to the Kurds and neighboring Christian Armenia, despite opinion polls showing many Turks oppose them.

"The Islamic movement in Turkey has changed radically since the 1990s," Akyol says. "The anger against the West originated from the anger against authoritarian secularism. This disappeared as soon as people realized European democracy would actually give them more rights as Muslims."

"Muslims are the West's biggest fans here," he says. "Wilders has nothing to fear. I would like to explain that to him." 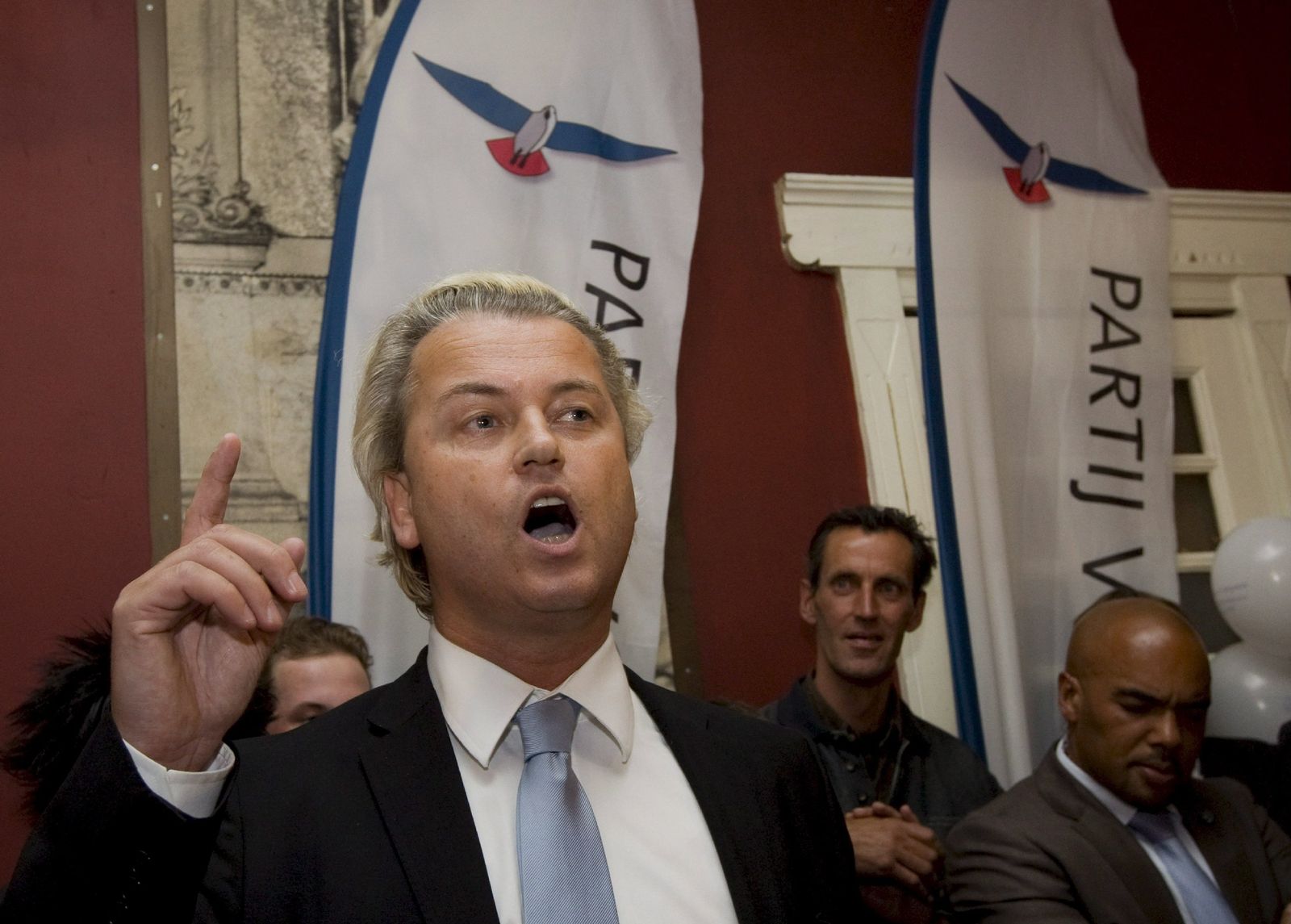