SPIEGEL ONLINE: The Copenhagen summit is about setting new global rules for how we treat the Earth. But are people willing to change their personal lives accordingly?

Elinor Ostrom: Under the right circumstances, people are willing to accept additional efforts and costs. It all depends on trust in the fact that others will also act. Humans have the capacity to engage and see that their own long-term future is harmed if they don't change their lifestyles. Under the right circumstances they understand: It's not me against you. It's all of us against ourselves, if we don't act. So trust really is the most important resource.

SPIEGEL ONLINE: How can we generate enough trust so that we all act in concert?

Ostrom: Rules set from the top are not enough. Successful communities often have a few common design principles -- monitoring and sanctioning of the participants, for example. They also have conflict resolution mechanisms in place and the people have some authority to make their own rules. Under those circumstances humans can develop some trust in each other -- faith that if they take a costly action that benefits everybody in the long run, others will also invest.

SPIEGEL ONLINE: Why is it less effective if governments establish strict rules from the top down?

Ostrom: Because people will not identify with it. My research has shown that forests managed by local communities are in a far better state than state-run parks, where locals feel left out and officials can be bribed. Let us imagine, we live in a village and have all agreed that none of us is going to be in the forest on Saturday or Sunday, so that we can give the forest time to recreate. If I then see you in the forest when you're not supposed to be, I will probably yell at you. If only the state is in charge, I will just walk on past.

SPIEGEL ONLINE: In your research, you focused on local and regional levels. What makes you think that your solutions would work for the entire planet as well?

Ostrom: Indeed, the global scale is a challenge. Building that kind of knowledge between the different parties is tricky. We need our global leaders to take some of the decisions on a very big level. Here at the summit, those guys are talking to each other and gaining some trust because they meet face to face. But then they go home -- and that's when the real action starts.

Ostrom: Maybe, and it is hard to see a climate deal without serious financial commitments. But at the same time, I am very worried and nervous about corruption. If we pour money into a country in which the corruption level is very high, we would be kidding ourselves not to think that some of it will end up in the wrong pockets. At first, a lot of the proposals on the table sound great. But four to six years later, you have a lot of politicians who have money in Swiss bank accounts. What we need are tight rules and controls to ensure that the billions that might be put on the table here are used correctly.

SPIEGEL ONLINE: In other words, an anti-corruption task force -- like the one that exists in Indonesia -- might be the best environmental protection agency?

Ostrom: Absolutely! If you look at the role corruption plays in giving away forests to big corporations and in looking away if forest protection rules are broken, you will see that bribery is one of the main contributors to environmental destruction.

SPIEGEL ONLINE: Is it possible to save the climate with a single treaty?

Ostrom: One treaty will not solve the problem entirely. This is why I propose a so-called polycentric approach to tackling climate change. We need all levels of human society to work on this to be effective in the long run. Cities, villages, communities and networks of people have been neglected as players.

SPIEGEL ONLINE: What happens if there is no agreement?

Ostrom: We need to get away from the idea that there is only one solution on the global scale. There are many, many levels in between. So we need to take action on smaller levels. If the politicians do not agree in Copenhagen, I would like to embarrass the hell out of them by getting some agreements going where people are doing something -- essentially saying: "We are tired of waiting for you." The city of Freiburg is a very good place to see what that actually means.

SPIEGEL ONLINE: Why Freiburg of all places?

Ostrom: I spend quite a bit of time in Germany and I'm very impressed by some of the local action I see. Local action cannot do it fully, but just think about all the bicycle-paths that they have built there. That is a case where the action of individuals is reducing emissions. At the same time it is a very healthy thing. On Sundays everybody is going to the woods and has a good time on their bikes -- and not in their cars. It's good for your health and for the environment. So everyone should ask himself: Why don't I bike to work and leave the damn car at home or get rid of it entirely?

Ostrom: If we sit here and twiddle our thumbs and wait for these guys up there to make a decision -- that is what I would call painfully slow. Should we just blame the politicians? I am not saying that we can solve it entirely, but we can make significant steps. To some extent we can challenge them. Everyone can contact foolish politicians like some US Congressmen who oppose climate change action by e-mail or phone and let them know that they are acting irresponsibly.

SPIEGEL ONLINE: Why is the US so reluctant to fight climate change?

Ostrom: In the economic emergency we are experiencing, some people think that we cannot afford it. I think it is the other way around, if we don't act now we will run into even greater economic problems in the future. And of course we still have the bad legacy of our previous president, George W. Bush. For eight years, the White House didn't consider the issue to be important. We did not have American leaders who understood that there is a scientific foundation. Obama has a much higher chance of understanding the science. But even for him it is just damn tough.

SPIEGEL ONLINE: Worries about climate change have slowly resulted in people seeing the Earth's atmosphere as a common good that we all must protect. Where is the next challenge?

Ostrom: The oceans! They are being threatened to an ever greater degree. It is a disaster, a very difficult situation. The fish resources are overexploited and waste, including CO2, is dumped in huge quantities into the ocean. The law of the sea has not been effective at all. A lot of fishing ships act like roving bandits. That's why better ocean governance is one of the top priorities for safeguarding the future. 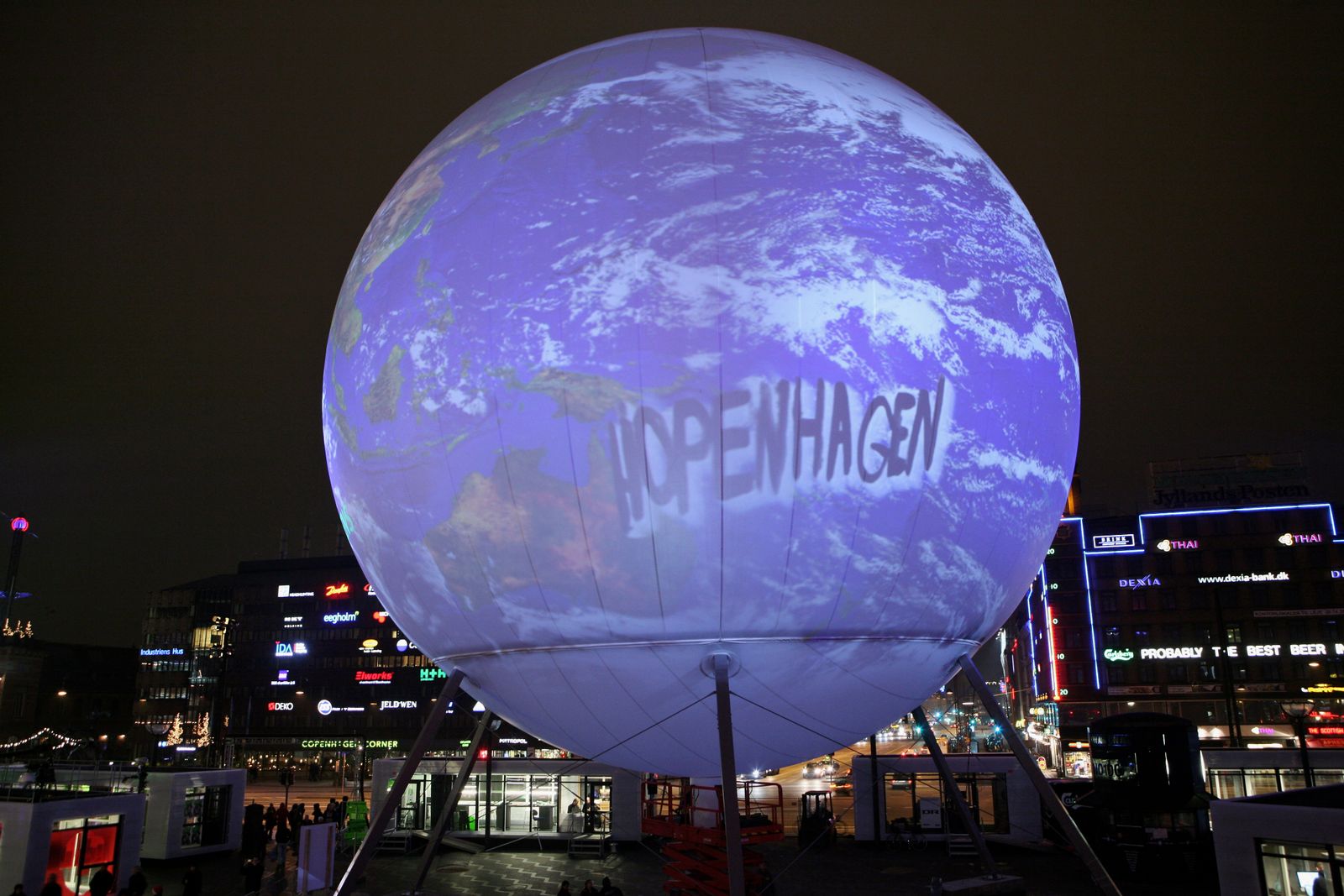 Nobel laureate Elinor Ostrom says that top down rules are not enough to save our planet from climate change.