At the invitation of Pyongyang's embassy in Berlin, the head of the German relief organization Cap Anamur, Bernd Göken, 45, recently visited two provinces and four cities in North Korea, which is facing new food shortages and a dramatic hunger crisis.

"With every visit and every discussion, the enormous scale of the shortages was confirmed," said Göken. "The people are starving. They have nothing left to eat. For the rural population and orphans, the shortage of food will become a real threat during the coming weeks."

Cap Anamur experts say that only 20 percent of North Korean land is farmed. And by its own admission, the North Korean regime has said it is lacking 1 million tons of food needed to provide for its people and has issued an appeal for foreign aid. Cap Anamur said it has already dispatched its first shipment of 200 tons of rice to the country. North Korea has been dependent on foreign food aid since a devastating famine killed around 2 million people during the mid-1990s.

Some countries have delayed decisions to provide aid to the country because of North Korea's nuclear tests and deadly attacks on a South Korean warship in March 2010. Following an appeal by the United Nations and the accusation one month ago by former President Jimmy Carter that the United States was committing a "human rights violation" by not providing relief, Washington said this week it would decide within days whether or not to send a mission to look into the food shortage situation in the country.

The business news wire Bloomberg reported that South Korean Unification Minister Hyun In Taek stated on April 25 he believed that Pyongyang's plea for handouts was politically motivated and that shortages this year weren't any worse than in past years.

For Cap Anamur, the food project is not the organization's first involvement in North Korea. From 1997 to 2002, Cap Anamur provided several North Korean hospitals with medication, medical supplies and technical equipment. It has also provided food and clothing shipments in the past.

Göken, who visited North Korea between April 26 and May 5, shared his observations with SPIEGEL on a food shortage he says is getting more critical by the day. He says that the problem is very real and that "misery predominates."

SPIEGEL: You have just spent eight days traveling in North Korea. What did you see?

Göken: We visited orphanages, schools and clinics, and the same misery predominates in each -- there is barely any food left. We saw emaciated children and elderly women on the edge of the road stuffing weeds into their mouths.

SPIEGEL: How many people have been affected by the food shortages?

Göken: The World Food Program estimates between 5 and 6 million. At least 400,000 tons of grain is lacking.

SPIEGEL: What enabled the disaster to happen?

Göken: The extreme winter, with temperatures as low as -30 degrees Celsius (-22 degrees Fahrenheit) destroyed large parts of the year's crops. In addition, they are also lacking modern equipment -- I didn't see any tractors in the fields. Nor can one say that there is effective crisis management on the part of the government.

SPIEGEL: Under these conditions, do sanctions against North Korea still make sense?

Göken: They punish the wrong people. We cannot leave the children, pregnant women and elderly to die -- it is not their fault that they have to live under this regime.

Göken: There are no relief deliveries from Beijing. The Chinese have even refused to sell rice to our organization intended for delivery to North Korea. We have had to purchase it from Thailand. 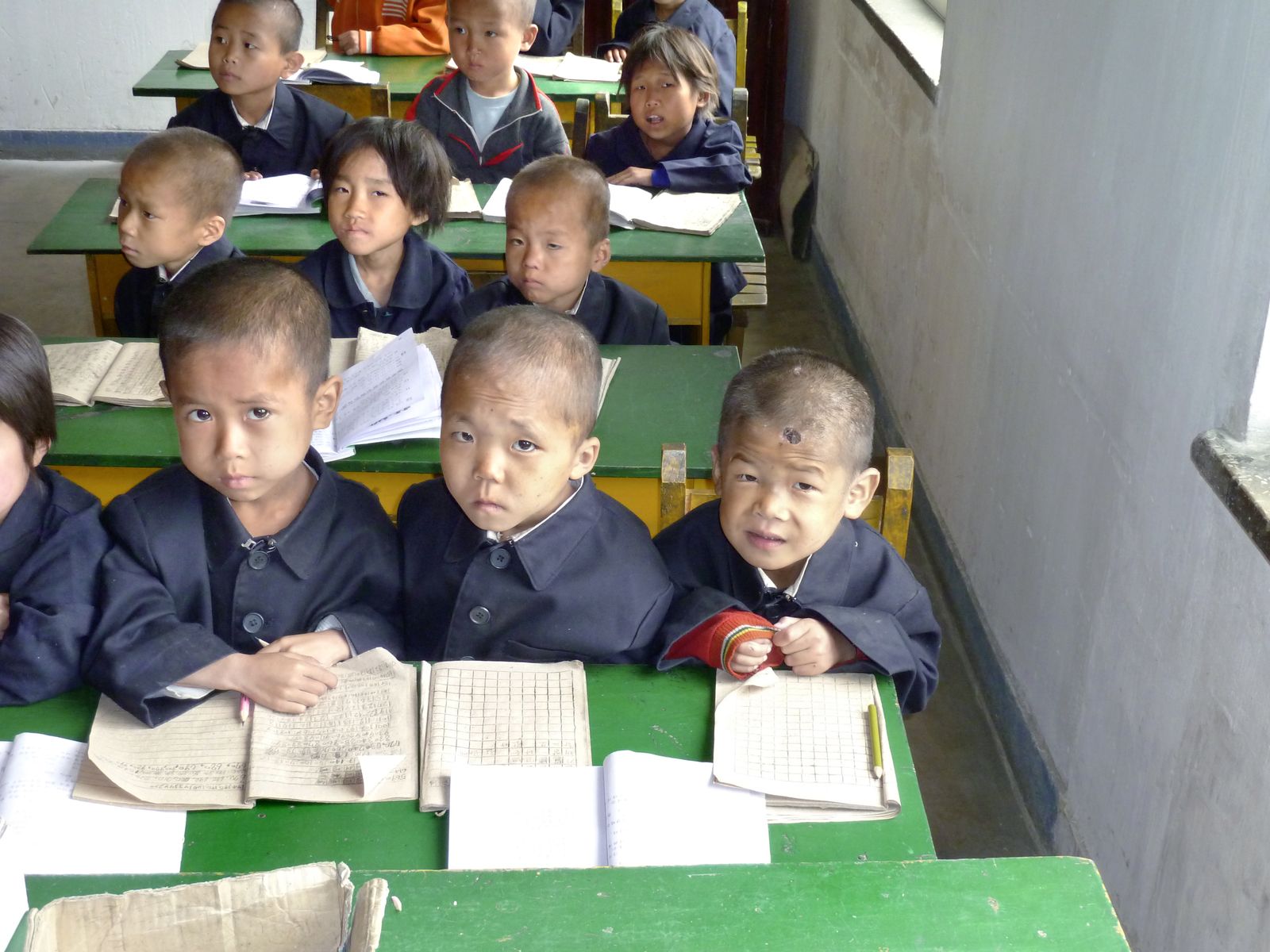 Orphan children in the North Korean city of Haeju. An aid group leader has said sanctions harm the wrong people.