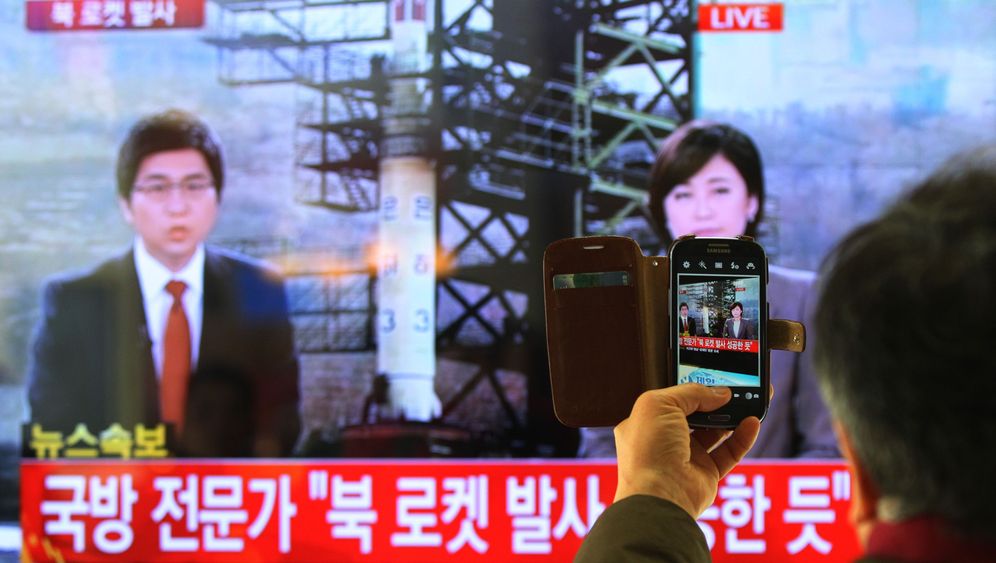 The West's ignorance of North Korea. That is the first lesson from Kim Jong Un's launch on Wednesday of a long-range rocket. On the day of the test firing, news agencies had reported that Pyongyang would postpone the launch, and that the rocket had been removed from the launch site and returned to the assembly hall.

That claim, based on the analysis of "current satellite images," was made by experts in South Korea -- precisely those experts on whose assessments everyone who speculates about North Korea has been relying for years. They have rarely embarrassed themselves so blatantly, and rarely have the world's think tanks and media had greater cause to rethink the basis of their own analysis of North Korea.

The rocket, which North Korea says put a weather satellite into orbit, has been labelled by the United States, South Korea and Japan as a test of technology that could one day deliver a nuclear warhead capable of hitting targets as far away as the continental United States.

At 09.51 local time the Unha-3- rocket lifted off rom the Sohae satellite launching station in a snow-covered bay near the Chinese border. It twisted itself up out of a ball of fire and rose above the Yellow Sea where it jettisoned its first stage, before rising up between Taiwan and Okinawa over the Philippine Sea where it threw off its second stage. The third rocket entered orbit somewhere over the South Pacific -- unlike its predecessors, which all failed to get this far.

The launch could only have gone better for Kim Jong-un, the third dictator of his bizarre dynasty, if his engineers had timed the launch for December 17, the first anniversary of his father's death, Kim Jong-Il.

The weather conditions appeared to have been unsuitable for that date -- but that is mere speculation. North Korea has never before attempted a rocket launch in winter.

Distracted by Turmoil in Middle East

Western attention has, understandably, focused on the Middle East of late, on Syria, Egypt, Gaza and Iran. The rocket launch of Sohae is a reminder that the Far East is in the midst of a political changeover affecting one-and-a-half billion people and an economic area whose significance dwarfs the Middle East

Kim Jong Un succeeded his father last year, and four weeks ago, North Korea's neighbor and hesitant ally China exchanged its own leadership. Japan elects a new parliament next Sunday, and South Korea will elect a new president the Wednesday after that.

Since the end of the Vietnam War, Asia has gotten through its political and economic crises, and its natural disasters, far more peacefully than the Middle East. But there's no guarantee that that will remain the case.

Regardless of whether democratic elections take place or not -- all four new governments in the western Pacific will have to legitimize their rule in the coming months. They will resort to tough rather than soft foreign policy to do that. Three of the four countries, after all, have strong nationalist movements. In North Korea, the government itself drives that nationalism.

German Foreign Minister Guido Westerwelle, like the foreign ministers of Russia, China and the US, condemned the rocket launch and warned of worsening tensions in the Far East.

The United States condemned the launch as "provocative" and a breach of UN rules, while Japan's UN envoy called for a Security Council meeting. However, diplomats say further tough sanctions are unlikely from the Security Council as China, the North's only major ally, will oppose them.

South Korea's experts are now speculating about the extent of the military threat posed by Kim's rocket. There is no doubt that the West wants a stable Far East every bit as much as a stable Middle East.