Walter Pincus, 80, knows his way around a scandal. The columnist and former reporter at the Washington Post has written about Watergate and Iran-Contra, numerous intelligence-related affairs and has won the Pulitzer Prize. But he has been criticized, even by his colleagues, for being too close to the US government -- especially the CIA, for which he spied in his younger years.

But now, Pincus has truly embarrassed himself: Last week the Washington Post had to add a three-paragraph-long correction to a two-day-old Pincus column, invalidating its core claims. This was an unprecedented measure in the 136-year history of the American capital's most lauded newspaper.

Pincus had speculated that whistleblower Edward Snowden, as well as the two people centrally responsible for publicizing the NSA revelations, Guardian reporter Glenn Greenwald and documentary filmmaker Laura Poitras, had a political agenda and were surreptitiously "directed" by Wikileaks founder Julian Assange. Pincus' "evidence" turned out to be demonstrably false, rendering the "corrected" column -- or what was left of it -- little more than malicious gossip. 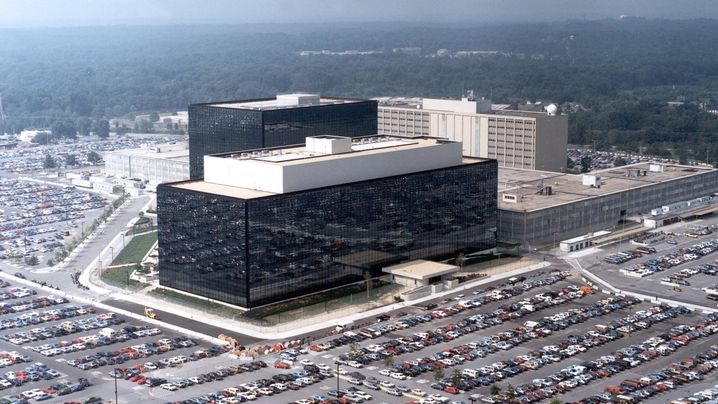 Greenwald, who has been caught in the US media crossfire for some time, immediately protested against the "baseless innuendo" in an open letter. The Washington Post waited over 48 hours before correcting its blunder without comment.

In his broadside against Snowden and Snowden's press contacts, Pincus was going along with both the government and the zeitgeist. A growing number of mainstream media outlets have been focusing their criticism on the leakers -- Snowden in Moscow, Greenwald in Rio -- instead of the content of their leaks. American headlines aren't being dominated by the latest details of the seemingly endless scandal, but by the men who brought them to light.

This began at the Post when Snowden, before contacting Greenwald, offered his secrets to security reporter Barton Gellman. Gellman quickly discredited Snowden as "capable of melodrama," partly because of his uncompromising terms. Since then Snowden hasn't provided any more revelations to the paper.

And so it has continued. The financially struggling Post, which was responsible for exposing the Watergate scandal, derided the Guardian as "financially struggling" as well as "small and underweight even by British standards." "Why is a London-based news organization revealing so many secrets about the American government?", it griped, as if that were only permitted of American journalists.

A recent Post editorial, that may as well have been written by the White House, argued that Snowden's leak harms "efforts to fight terrorism" and "legitimate intelligence operations." The leaks must immediately end, it argued -- a strange conclusion from the grandmother of leak journalism. Columnist Richard Cohen didn't hold back either: Snowden is "narcissistic," Greenwald is "vainglorious."

He wasn't alone. In the New York Times David Brooks accused Snowden of having "betrayed honesty and integrity." Roger Simon, chief political columnist at the website Politico, referred to Snowden as "the slacker who came in from the cold." Jeffrey Toobin, a New Yorker essayist, called him a "narcissist who deserves to be in prison." And Melissa Harris-Perry, from the otherwise progressive cable channel MSNBC, critized Snowden's behavior as "compromising national security."

In the Huffington Post, media critic Jeff Cohen called MSNBC the "official network of the Obama White House" -- a White House which, under president Obama, has famously declared war on whistleblowers.

Why? Janine Gibson, the Guardian's American chief, told the Huffington Post that their competition has a "lack of skepticism on a whole" when it comes to national security. Critical scrutiny, she said, has been considered "unpatriotic" since 9/11.

The greatest humiliation would be if the British usurper won a Pulitzer Prize. Only American media can apply for it, but the Prize committee accepted one submission by the Guardian last year. Its reasoning? The newspaper has an "unmistakable presence" in the United States.