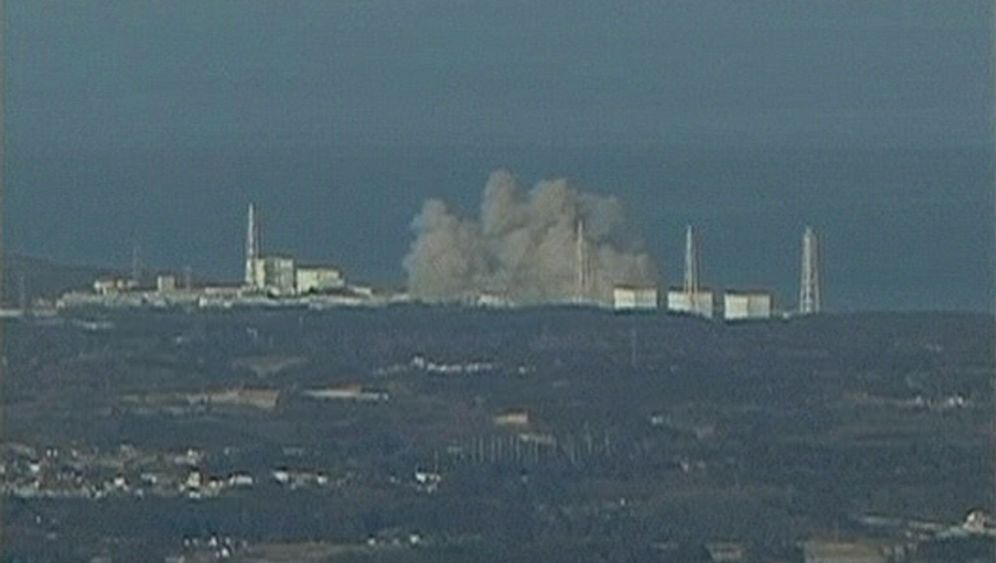 It is a scenario the world has long feared: After Friday's serious earthquake in Japan, an explosion occurred Saturday at the damaged Fukushima 1 nuclear power plant. The government confirmed that radiation had leaked in the disaster, which occurred during the early afternoon local time, but claimed those levels had remained low and appeared to be decreasing.

Yukio Edano, the chief cabinet secretary of the Japanese government, said Saturday that there had been no major change in radiation levels after the explosion and that the incident did not happen inside the reactor container, according to the Associated Press. "The nuclear reaction facility is surrounded by a steel storage machine, which is then surrounded by a concrete building," he said. "This concrete building collapsed. We learned that the storage machine inside did not explode," he told a news conference.

The news appeared to assuage global concerns that a major nuclear meltdown may have occurred at the plant. Edano said that radiation levels around the plant had actually decreased after the blast, although officials were uncertain why. Edano said officials did not believe that the inner container holding the reactor's radioactive fuel rods had been affected. He said that the Toyko Electic Power Company, the plant's operator, had confirmed that "there was no massive release of radiation" in the disaster. Edano said the blast had been caused by the failure of a pumping system as workers at the plant tried to bring down the reactor's temperature. 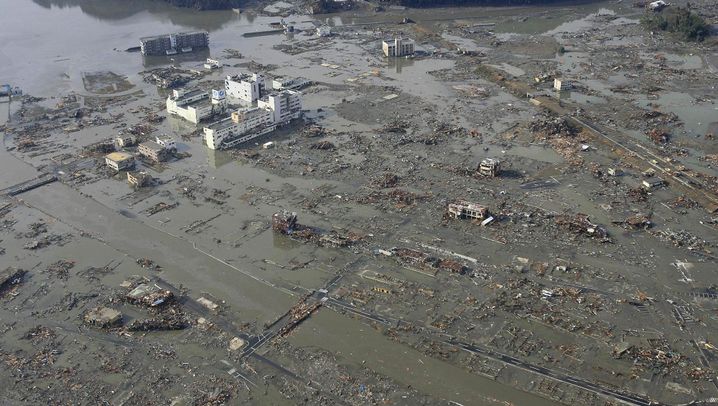 The plant is located on the coastline, and the Japanese government said that sea water would be used to cool critical fuel rods. Officials estimated it would take five to 10 hours for the water-filling operation to be completed. After the worst earthquake in Japanese history, the plant's cooling system had failed, threatening a meltdown of the core.

The incident is likely to spark renewed debate about the safety of nuclear power -- particularly in Germany and across Europe, where memories of the 1986 Chernobyl nuclear disaster remain fresh in people's memories. In few other countries is that debate as bitter as Germany, where the government recently voted to reverse legislation that would have seen a phasing-out of all nuclear power in the country within just over a decade's time.

German Green Party co-floor leader Jürgen Trittin told SPIEGEL ONLINE that, although this was "no time for self-righteousness," it was a fact that nuclear plants in Germany are vulnerable to the same kind of accident as that in Japan. "And the government has just extended the operating lives of exactly these plants."

The threat of catastrophe at the nuclear power plant has led German Chanceller Angela Merkel to speak of an "unusual and extraordinarily difficult situation." She said she planned to discuss the situation in Japan with several federal cabinet ministers and experts at a crisis summit on Saturday afternoon in Berlin and to make a statement in the evening. Merkel added that she is in contact with the Japanese government and that German catastrophe-response experts are en route to Japan. "Our thoughts are with the people and the victims in Japan," she said.

The cause of the explosion is still unknown, but it appears linked to a loss of power and subsequent overheating caused by failures in the plant's cooling system after power was disrupted by Friday's natural disaster. After Friday's quake there had been numerous suggestions that the Fukushima plant might be experiencing a partial meltdown.

On Friday, a massive earthquake shook Japan's northeastern coast and was followed by a giant tsunami that brought a double disaster to the region. So far, at least 574 deaths are officially reported, but reports suggest the figure could rise to well over 1,000.

One day later, with the nuclear incident at Fukushima, Japan came close to a third massive disaster.

Japan's nuclear and industrial safety authority reported that two radioactive substances had been found near the plant -- caesium and iodine. Officials said this indicated that some of the metal containers holding nuclear fuel may already be melting. According to Japanese news agency Kyodo, the evacuation zone around the nuclear power plant has been doubled from 10 kilometers (six miles) to 20.

Television images show that the explosion was a massive one, with what appeared to be smoke rising into the air and parts of the reactor shell destroyed.

Even before the explosion, reports had emerged that caesium had leaked from the plant. Caesium 137, a radioactive isotype, is created during nuclear fission. Large amounts of the isotype were emitted during the 1986 nuclear catastrophe at Chernobyl. Even today, more than two decades later, an area encompassing a radius of 30 kilometers around that power plant remains closed to the public for safety reasons.

The element, which can be released if overheating damages the core of a nuclear plant, can escape into the air or the waste water from a nuclear plant and can then be directly absorbed by plants. It can then enter into the food chain through milk, meat or fish. After the Chernobyl disaster, mushrooms were detected to have elevated levels of the element. High concentrations can cause damage in the muscle tissues and in kidneys in humans.