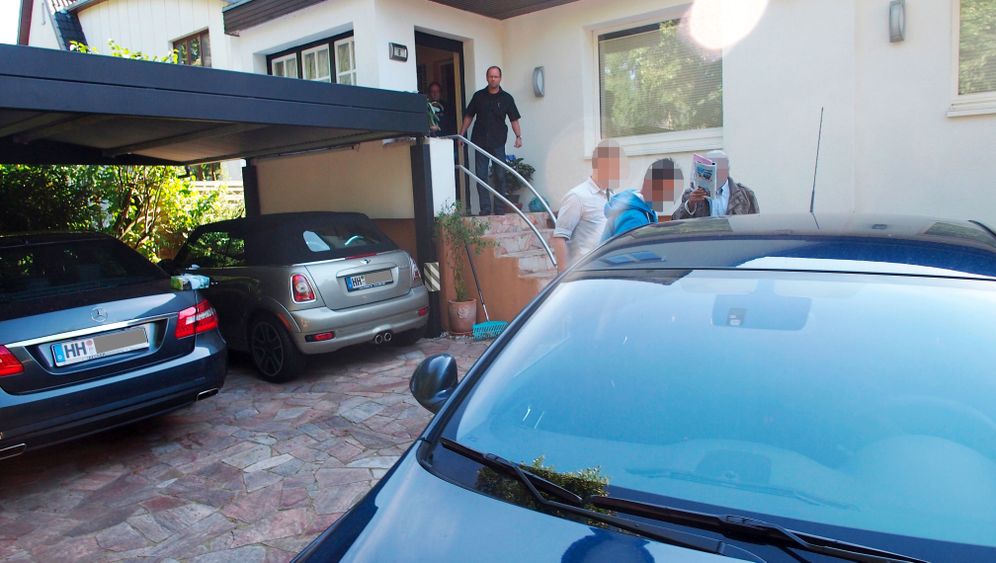 Investigators showed up at around 9:30 a.m. on a sunny Wednesday in August. They wore bulletproof vests as they entered the driveway. Their superiors had ordered them to take protective measures.

The agents held up search and arrest warrants in front of the intercom camera and waited until the gate slowly opened at this residence in the upper-middle-class Hamburg district of Poppenbüttel. They had come to arrest the building's owner, a nondescript older man named Gholamali K., and his son Kianzad.

The two Iranian-Germans are suspected of working at the heart of a ring that allegedly supplied valves to Iran's controversial nuclear program. At the same time, investigators searched offices in a number of German cities -- in Oldenburg, Weimar and Halle -- and arrested two additional men.

The four arrests are the latest blow to suspected supporters of Iran's bid to become a nuclear power. Investigations show that Germany remains a hub for clandestine deliveries to Iran, despite wide-ranging sanctions.

A 'Focal Point' for Procurement

Iranian-German collaborations have a long history. For many years, companies like German engineering giant Siemens played an important role in the construction of the Iranian nuclear reactor in Bushehr. German mechanical engineering companies rank among the best in the world, and their products are highly coveted by engineers in Tehran. A recent confidential situation report by the German Customs Criminal Investigation Office (ZKA) said that Germany is a "focal point for Iran's procurement activity" by Iran. The report went on to say that "preventing illegal exports" represents "a key challenge."

Sales of banned high-tech products boost the Iranian nuclear program, but they also threaten the German government's policy, which is largely relying on tight export restrictions to head off a war in the Middle East. The means "at our disposal to force Iran to be more transparent have not been exhausted," says German Chancellor Angela Merkel, adding that "sanctions are at the top of the list here."

Merkel made a promise to the international community. Germany will "do everything that it can to ensure that trade with Iran will not simply seek out new routes," she said back in November 2007. This is the policy that the German government is pursuing in official talks with the Iranians as well as the Israelis.

The chancellor's main argument is that sanctions are an effective approach. It's a line of reasoning that she uses to counter the warmongers surrounding Israeli Prime Minister Benjamin Netanyahu, who is endeavoring to prepare the world for a military strike against Iran. Just last week, in a speech to the United Nations General Assembly, the Israeli leader adamantly warned of the danger of a nuclear-armed Iran.

An Image Problem for Germany

If companies in Germany are able to slip through the tightly woven net of restrictions, this could create the impression around the world that German companies are collaborating virtually at will with the regime of Iranian President Mahmoud Ahmadinejad. Such a realization would largely undermine Merkel's argument. Consequently, there is little that the chancellor and German Foreign Minister Guido Westerwelle fear more than the allegation that German support helped pave the way for the creation of an Iranian nuclear bomb.

The products that were to come from Germany this time around are fist-sized valves that are an essential component for launching heavy water reactors and bringing them under control. Such a facility is being built in Arak.

The regime is developing a heavy water reactor in this provincial capital in northwestern Iran -- population 470,000, located 280 kilometers (174 miles) from Tehran. Such reactors can operate with naturally occurring uranium, making them suitable for countries that have problems enriching this substance. This reactor was officially designed for the production of radioactive isotopes for nuclear medicine, but it also produces plutonium and tritium, which are elements that can be used to build a nuclear bomb. With the aid of a heavy water reactor, for instance, India was able to produce the fissionable material for its first nuclear warhead.

Arak is a pillar of Iran's nuclear program. The reactor is on the observation list of the International Atomic Energy Agency (IAEA) and would be among the targets if Israel were to launch air strikes.

The German agency conducting the investigation has given the operation the codeword "Ventilator," named after the German word for valves, Ventile.

Investigators claim the deal dates back to 2007, when a man from Iran named Hossein T. made contact with an engineer named Rudolph M., 78, in the eastern German city of Weimar. M. owns a company that has specialized in plant engineering and custom fittings since 1995, and he is reputed to be an expert in his field.

According to federal prosecutors, Hossein T., 48, runs a number of companies that are closely linked to the Iranian nuclear program. In 2007, T. allegedly received a major order from an Iranian firm called Modern Industries Technique Company (MITEC). MITEC is a familiar player in the-cat-and-mouse game between Iran and the international community.

The company is responsible for building the reactor near Arak. In June 2010, the United Nations added MITEC to its blacklist of companies aiding Iran's nuclear program. One month later, the European Union followed suit and banned the company. Since then, anyone who does business with MITEC is committing a punishable offense.

Hossein T. is suspected of purchasing special components for MITEC: approximately 1,800 valves in three different models -- some forged, others cast -- some apparently innocuous, others specially "suitable and designed for use in nuclear reactors," according to investigative files.

The valves are of vital importance for Arak. The 1,800 valves would have been enough to equip the entire reactor, and would have represented a major step toward completing the nuclear facility. The deal was worth €6 million ($7.7 million) to the Iranians.

Investigators say that Rudolf M. and Hossein T. met for concrete talks by no later than May 2009. Kianzad K., 25, was allegedly also present during the negotiations -- the same German-Iranian who was arrested along with his father in August in Hamburg, and has been in custody awaiting trial ever since. Federal prosecutors believe that the father and son were responsible for coordinating the project in Germany. Gholamali K., 59, runs a company specialized in exporting valves and pumps.

According to the investigating agencies, the negotiations were successful. The first shipment of valves left Germany on Oct. 29, 2010 and wound its way via Turkey to Iran. In the spring of 2009, officials warned Rudolf M. that Iranian companies were endeavoring to acquire advanced technology from Germany. M. replied that he had merely received a "non-binding verbal request for fittings for the oil industry." The Federal Office of Economics and Export Control (BAFA) responded that exports to Iran, "even via third countries," could be subject to sanctions.

Investigators allege that M. subsequently provided a fictive end buyer in Azerbaijan, and that M. must have realized "that the valves were intended for use in Iran." M.'s lawyer, Dieter Bolz, responds that his client merely "delivered to Azerbaijan according to contractual agreement." He says that M. neither had contact with MITEC, nor did German agencies warn him about doing business with this company. Furthermore, Bolz said that his client had no knowledge that "the valves that he supplied were destined for the production of nuclear weapons," adding that they were not even suitable for use within the reactor core. A few days ago, the engineer was released on a bail bond of €40,000 pending trial.

A second shipment of 655 standard industrial valves worth nearly €1 million was allegedly purchased from an entrepreneur in the eastern German city of Halle who had close contacts with Gholamali and Kianzad K.; 51 valves reached Iran.

The businessman from Halle and father and son K. also purportedly played a role in the procurement of a third model, which was specifically designed for nuclear facilities. The order was reportedly organized in Germany; the valves were forged and cast in India, and delivered to a company with headquarters in Turkey -- presumably to cover up the export of the goods to Iran. According to customs officials, between the fall of 2010 and spring of 2011 a total of four shipments were sent to Turkey, and later to Iran, but there were disagreements over the quality of the goods. Apparently, not all of the valves had been correctly manufactured. Neither Kianzad and Gholamali K. nor the businessman from Halle wish to comment on the allegations.

A Key Role in the Mullah's Procurement Network

The "Ventilator" investigation is also so politically charged because Hossein T. presumably played a key role in the mullahs' procurement network. Investigators hope that they can use his contacts to uncover an entire network of companies that supply Iran's nuclear industry.

As long as German agencies are able to uncover supplier rings such as "Ventilator," Merkel and Westerwelle can argue that effective controls are in place. But what about the exports that cannot be stopped -- and those that the Americans and Israelis track down? They are a source of embarrassment for the German government.

Every few months, delegations from the Israeli foreign intelligence agency Mossad and the Israeli Foreign Ministry visit officials in Berlin. They present documents to prove that German companies are supporting Teheran. The pressure is mounting. In 2008, Israel managed to push through a ban on exports of German heavy trucks to Iran. In 2011, following months of pressure from the Israelis and the Americans, the German government and the European Union closed the Hamburg-based European-Iranian Trade Bank (EIHB), which was the last financial institution that Iran was able to use for transactions with Europe.

An event in February 2011 provided some insight into the pain that the sanctions inflict on the regime. In return for the release of two arrested German journalists working for the mass-circulation Bild am Sonntag newspaper, Westerwelle had to personally travel to Tehran. Images of the German foreign minister shaking hands with President Ahmadinejad went around the world. This was the visible price that Westerwelle had to pay.

But behind closed doors, the Iranians demanded more from the German government than just a handshake. They wanted the Germans to ensure that Iranian aircraft could once again refuel with sufficient quantities of kerosene at German airports. Iranian top diplomats also urged the German government to release roughly $1 billion in frozen accounts at the European-Iranian Trade Bank. India had deposited the money in payment for oil deliveries from Iran. At the meeting in February 2011, Westerwelle agreed to consider both possibilities, but one and a half years later the sanctions are stricter than ever.

The tightened embargo measures apparently came too late to halt all of the valve shipments destined for Arak. Two weeks prior to the arrests in Germany, on Aug. 1 inspectors from the IAEA traveled to the Persian Gulf. They checked on the reactor construction project in Arak and noted that a pipe system for cooling and regulating the pressure had recently been installed -- presumably with valves from Germany. 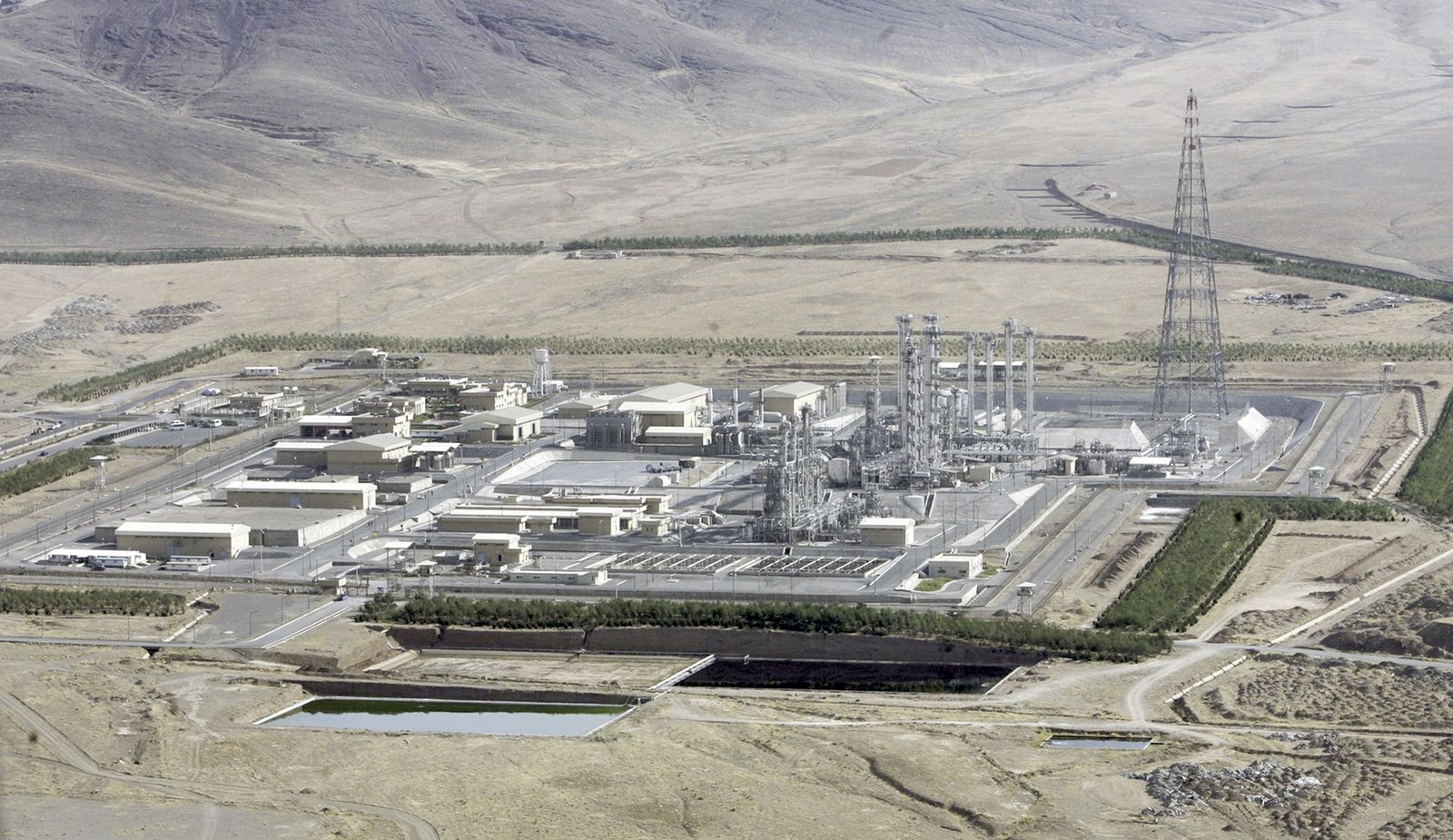 Some 1,800 valves have been provided that are of vital importance for the heavy-water reactor being built by the Iranian government in Arak. With the aid of a similar heavy water reactor, India was able to produce fissionable material for its first nuclear warhead.