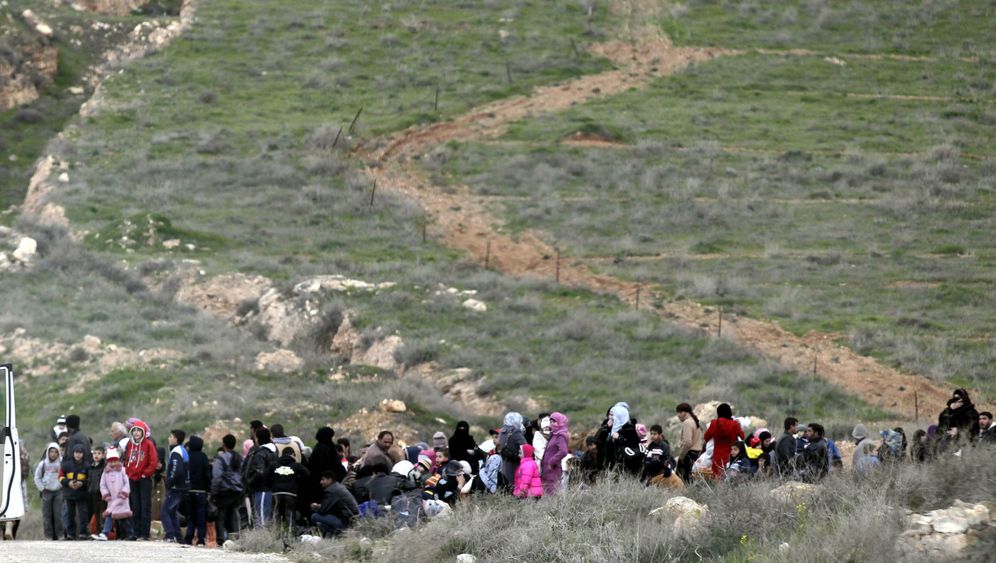 The number of refugees who have fled the Syrian civil war has reached the 1-million mark, the United Nations announced Wednesday.

Numbers have swelled dramatically since the year began, UN High Commissioner for Refugees Antonio Guterres said in a statement released in Geneva. Based on figures from the body's refugee agency UNHCR, more than 400,000 Syrians have fled their country in recent weeks.

About half of them are children, most of them younger than 11, according to the data provided by UNHCR offices in neighboring countries where Syrians have taken shelter. They are traumatized, have no possessions and many have lost their loved ones, Guterres said.

Only a few weeks ago, UNHCR officials predicted that the 1-million mark for Syrian refugees would not be reached until early summer. Fearing for their lives, however, more people than expected have fled the war-torn country sooner.

"With a million people in flight, millions more displaced internally, and thousands of people continuing to cross the border every day, Syria is spiralling towards full-scale disaster," Guterres said in the statement. "We are doing everything we can to help, but the international humanitarian response capacity is dangerously stretched. This tragedy has to be stopped."

Refugees have flooded into Lebanon, Jordan, Turkey, Iraq and Egypt since the civil war began nearly two years ago. Many have since gone on to North Africa and Europe. But the countries receiving the refugees are increasingly overwhelmed by the task of trying to feed and shelter them.

Lebanon, which is the closest country to the devastated capital Damascus, has seen its population grow by 10 percent due to the influx. Meanwhile, Turkey has spent some $600 million to maintain 17 refugee camps. Basic utilities in Jordan, such as electricity and water, along with social services, are also reportedly strained to the limit.

There appears to be no end in sight to the brutal conflict between rebels and Syrian President Bashar Assad's forces. The UN estimates that some 70,000 people have been killed in Assad's attempt to put down the uprising.