The singer Joan Baez had two memorable days recently. The first was the day Barack Obama was elected president. She was coincidentally in a Hotel in Washington and sat in a zebra-striped robe watching TV. I know for sure because as soon as the results were announced, she was too excited to stay in her room and showed up in front of the White House, a zebra-striped figure giving everyone hugs.

Thursday was the other memorable day. Her president was presented a Nobel Peace prize in Oslo. He spoke, at times, the way she sings. Of those who are fighting against oppression from their own government, he said "hope and history are on their side." And even if mankind is often at odds with itself, there is the "law of love."

But then he strayed far from Joan Baez. He spoke of human rights, without which peace was not truly peace. "Just peace" isn't enough. And among the means to attain true peace, violence was sometimes necessary. He didn't forget to acknowledge that as commander in chief of America's armed forces he was sending tens of thousands of soldiers into a new phase of the war in Afghanistan. "Some will kill. Some will be killed," he said in his speech.

If the Nobel Prize was awarded for unusually moving speeches, Barack Obama would have earned a dozen. Today's speech was no different, excellent on all counts. No statesman has spoken so eloquently and intelligently about peace in a long time.

But the Nobel is not a prize for speechifying, and it's not a prize for promises. Not words, but actions, have been recognized in the past. US President Woodrow Wilson won the prize because he founded the League of Nations, a precursor to the United Nations. Martin Luther King was honoured because he fought for the rights of blacks, and Lech Walesa for the rights of workers oppressed by communism. German Chancellor, and Nobel laureate Willy Brandt scraped the ice off the relationship with the Soviet Union. His most important achievements were finalized long before he made the trip to Oslo.

Obama doesn't fit in among these greats, for two reasons. First of all, he hasn't had any real foreign policy successes yet. How could he? He's been in office for barely a year. "I am at the beginning, and not the end, of my labors on the world stage," he admitted today.

The second reason is more problematic: For the first time, a man is being recognized who wants peace but prepares for war. Fifteen-thousand additional US troops are receiving their deployment orders right now, and 15,000 more Americans and as many as 7,000 Europeans will soon follow. If the Nobel Prize Committee thought their decision would hasten America's withdrawal from Afghanistan, it miscalculated. America isn't governed from Oslo.

The troop strength in Afghanistan will triple from what it was during the Bush era. With more than 100,000 soldiers, Obama is topping the magic number at which the Soviets finally gave up.

The new American strategy may not be a mistake, but it's certainly not peaceful. Whether it will bring more peace in the end or just more suffering, more dead and perhaps a further decline in America's relationship with the Muslim world remains to be seen. But the Nobel Peace Prize, and that is after all what we're talking about here, is no betting game.

Others deserve this prize more, first and foremost the unlikely trio of Gerhard Schröder, Vladimir Putin and Jacques Chirac. The Social Democratic chancellor of Germany, the conservative French president and the new czar of Russia assembled a much-mocked coalition against the American invasion of Iraq in 2003. They based their rejection on the paucity of evidence that Iraq had weapons of mass destruction. No war without good reason, they argued.

Putin contradicted Bush and the CIA -- both considered the existence of WMDs in Iraq a given. Putin's KGB had other -- and today, one must admit better -- intelligence. He knew who was working with terrorists and who was funding them. "Iraq is not on that list," he said at the time.

He wasn't the only one. The barricade was well populated. Brits, Italians, Poles, Portuguese, Hungarians, Danes, Spaniards and Czechs all opposed Chirac, Putin and Schröder. Germany's Christian Democrats followed.

Even Schröder's supposed political partner, Joschka Fischer, left his boss in the lurch. He didn't agree with Schröder's aggressive tone. During those days of trans-Atlantic tumult between Germany and the United States, he said in an off-the-record discussion at the time, he even considered "resigning." At the end of the day, of course, he stuck with his post. But, Fischer said at the time: "Just thinking about it did good."

Schröder stuck to his guns. Never was he more clear (and more lonely) than in the months leading up to the war. "Under my leadership, Germany will not participate in a war in Iraq," he said. After six years and more than 106,000 dead, the reasoning seems prophetic: "I can only warn people not to talk about a war in Iraq without thinking of the political consequences and without an overarching vision for the Middle East. Those who march across borders must know exactly what they want and how they plan to get out."

The Iraq war greatly damaged the West's relationship with the Muslim world and it still hasn't been prepared today. Its poisonous side effects have spread to Afghanistan and Pakistan. Obama's surge, therefore, takes place under a cloud.

The anti-war stance of Chirac, Putin and Schröder wasn't effective at the time. It seemed hopeless. It was extremely risky. But the trio was, in hindsight, correct nonetheless.

The Nobel Prize was, in its better days, always this: A medal for those who took the difficult path. 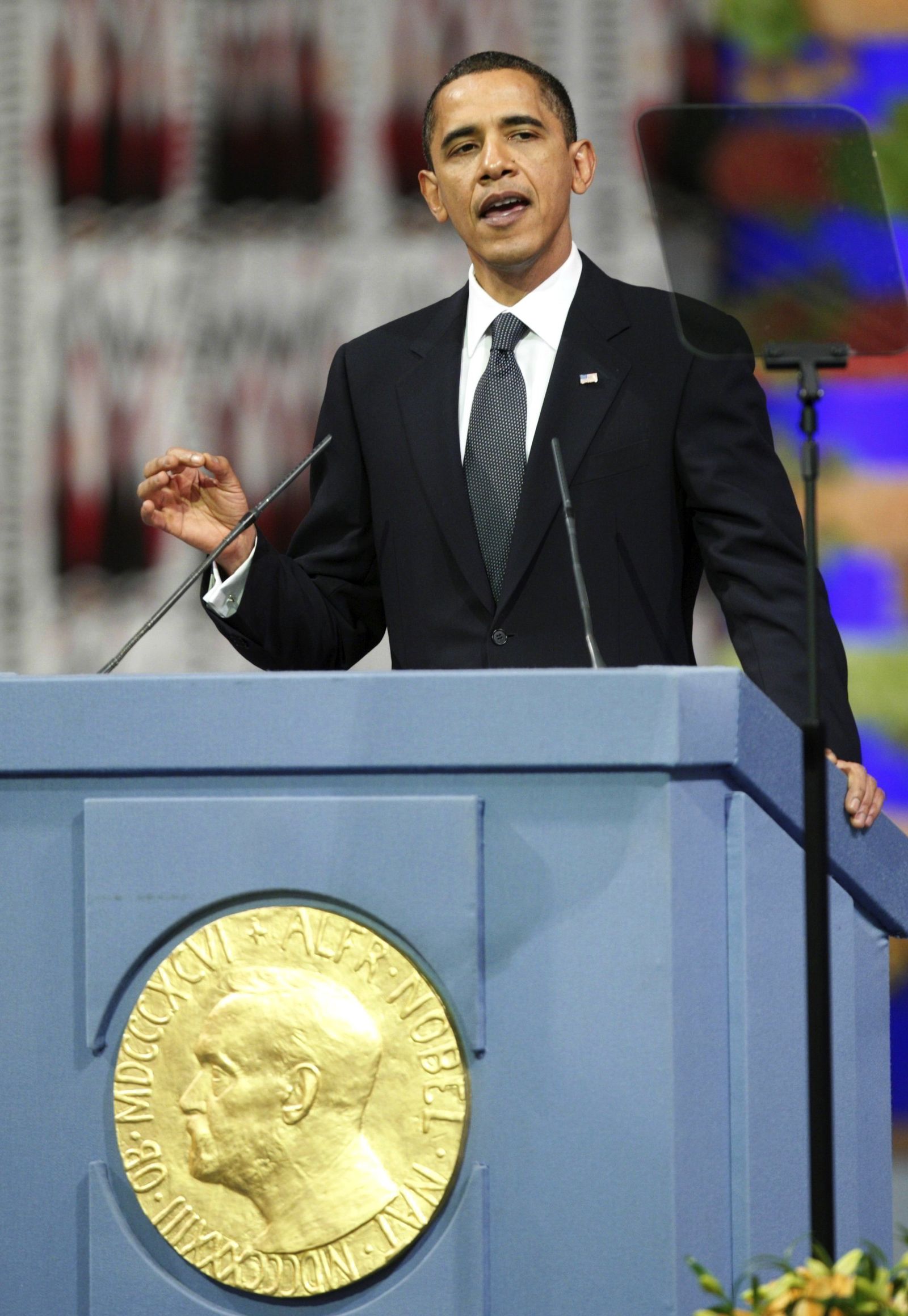