Shortly before the US delegation boarded the plane to Qatar at the end of November for the global climate summit, Jennifer Morgan, a climate expert at the World Resources Institute, offered a bit of unsolicited advice. "I think there will be expectations from countries to hear a new voice from the United States," she said.

But Morgan's appeal would seem to have gone unheeded. When US President Barack Obama's climate envoy Todd Stern stood before reporters in Doha for the first time, he did what he has been doing for years: He lowered expectations.

He said he doesn't believe there is a "different tone" in Washington when it comes to efforts to combat climate change. The US, he then claimed, "has done quite significant things" on the climate front "in the president's first four years." As examples, Stern cited improvements in building insulation as well as federal support for promoting renewable energies.

But the message was clear: The US is unwilling to make significant concessions in the final days of this year's global climate conference.

For environmental activists who have spent the last week and a half at the Doha conference center waiting for a sign of progress, Stern's comments were only the most recent of many bitter disappointments. They had placed great hopes in the US delegation -- hopes that had been awakened by no less that Obama himself.

Climate change played virtually no role at all in the US presidential campaign -- until, that is, Hurricane Sandy swept up the East Coast of the US just days before Election Day. Obama also seemed to recognize the issue's sudden relevance. Immediately after his re-election, he emphasized more than once the importance of a far-sighted approach to addressing climate change.

Activists around the world interpreted his comments as meaning that the US -- the world's second-largest source of greenhouse gas emissions after China -- might finally end its blockade of a climate deal at Doha, and that Washington might finally commit itself to ambituous emission-reduction targets.

No Progress After 18 Rounds

Stern's comments were greeted with disbelief and anger. The US is refusing to budge, and other counries are hiding behind its inaction, said Samatha Smith of the World Wide Fund for Nature (WWF). David Waskow, from Oxfam, accused Obama of saying one thing and doing another. Greenpeace head Kumi Naidoo says that Obama has come down with a "severe case of cognitive dissonance." Comments coming from the US delegation, he went on, show a "fundamental ignorance of public opinion in the US and the rest of the world."

Climate activists are deeply frustrated. This is the 18th Doha summit, and no progress has been made on a single decisive question. Since EU member states have shown themselves to be at odds since the very beginning of the conference, they are not playing a major leadership role. Host Qatar, which many activists had hoped would pressure its fellow Arab states to act, has also been a disappointment. And with just a couple of days left, the US appears uninterested, as well.

None of this, of course, is particularly surprising. In his first press conference after re-election, Obama said he would only promote further climate-protection measures if they didn't hurt his country's already struggling economy. His envoy Stern said in the summer that, while the United States still hopes to limit global warming to 2 degrees Celsius (3.6 degrees Fahrenheit), he was in favor of a "more flexible approach" than supposedly overambitious international agreements. Researchers, of course, find such comments to be not a little ironic, and many believe that the 2 degree Celsius goal has already become impossible to achieve.

Nevertheless, US public opinion regarding climate change has also proven to be flexible, changing almost as often as the weather itself. After significant snowfall in the winter of 2010, only about half of all Americans believed that global warming even existed, according to surveys. After the hot month of June 2012, which brought with it the worst drought since 1956, a survey conducted by the University of Texas suddenly found that 70 percent of Americans believed in global warming. Whether it was caused by humans was not even a question that was posed. 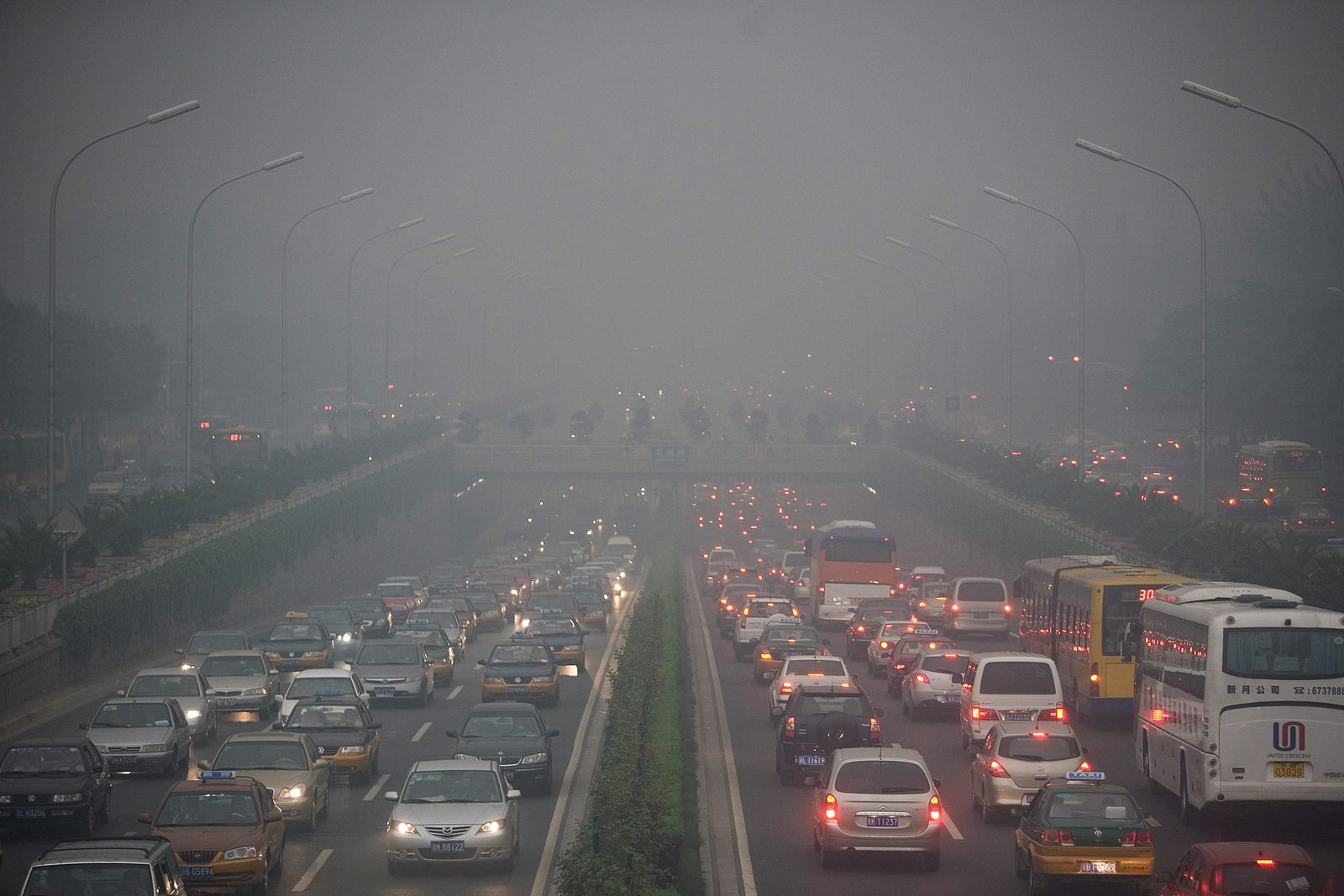 Smog in Beijing: After 18 rounds, little has come of the Doha climate talks.