The Oval Office in the White House is more than an office. It is also the nation's living room. When the most important man in the world makes a televised address to his fellow citizens from the Oval Office, he does so because he wants to do more than just talk to them. He wants to comfort them.

On Tuesday, Barack Obama spoke from his desk in the Oval Office -- this time as the country's cheerleader in chief. America isn't doing well, and the president isn't either. For more than eight weeks, BP oil has been bubbling in the Gulf of Mexico, and the situation is devastating. The latest estimates suggest that up to 8,200 tons of oil are flowing into the open sea each day, the US government stated on Tuesday. The estimate marks a drastic upward revision of last week's estimate of 5,400 tons per day, itself an upward revision of another recent estimate. 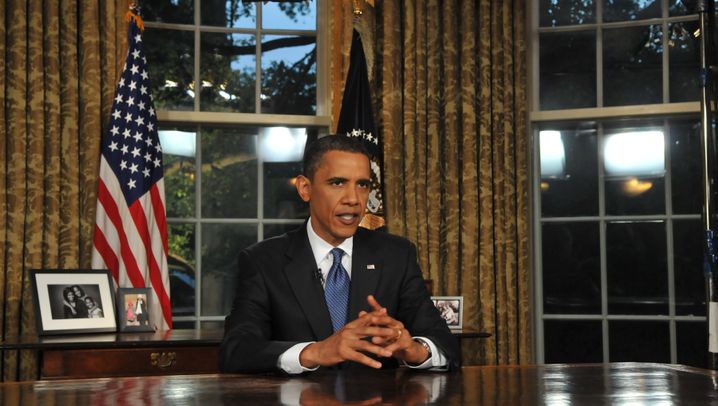 It has become a national disaster, hence Obama's decision to speak in the setting of the Oval Office. It's the place from which Ronald Reagan addressed the country when the astronauts aboard the Space Shuttle Challenger burned up in space. Bill Clinton addressed his citizens there after lying to the county and his wife about his affair with an intern. And where George W. Bush turned to his citizens, in a state of shock, after attacks of September 11. On Tuesday, Obama joined the ranks as the nation's consoler in chief, speaking for 18 minutes, during the best possible broadcast time on all the major networks.

"We will fight this spill with everything we've got for as long as it takes," Obama swore before the cameras. He wants new rules and new regulations so that this can never happen again. He also said he plans to deploy some 17,000 additional Coast Guard members to the Gulf. A clean-up czar will coordinate the "oil spill that is assaulting our shores and our citizens."

Obama even expressed a bit of outrage. He described BP's safety practices as "reckless," and promised that "we will make BP pay for the damage their company has caused," regardless how many billions it may cost. The company will be forced to pay into a fund not controlled by BP.

The president's blows are directed at the right people -- and polls show that the nation is behind him. But are his efforts misguided? It is certainly important to the victims of the Gulf disaster that a price be paid. But regardless whether BP has to pay $20 billion in fines or even $60 billion -- or whether 90 percent of the oil is skimmed from the water or even just 70 percent -- this will only play a major role in the US in the short term.

Obama should be aiming at a higher goal. If he wants to fulfill his desire to be a president of change, than he shouldn't just be taking action against BP. He needs to pick a fight with America's citizens and demand that they take a different approach to energy.

The Term 'Climate Change'? Not from this President

Obama, it is true, often speaks of a new beginning in energy policies -- in close to one-third of his speeches he has used the phrase. "We can't afford not to change how we produce and use energy," Obama says. But he chooses well-known, vague and poll-tested rhetoric. He doesn't promote a carbon dioxide tax. He doesn't promote concrete goals for the percentage of renewable energies used in his country. And he hasn't provided details about any possible climate legislation. He doesn't even use the word climate change because he knows that many Americans have a problem with it.

And there is also a simple reason that BP and other oil companies are drilling at depths of up to 1,500 meters (4,900 feet), far from the coast. They are servicing a greed for cheap energy and resources that fuels 250 million automobiles on America's roads, keeps the country's countless air-conditioners running and provides water for fantasy cities in the middle of deserts. There are 300 million Americans -- around 5 percent of the global population -- but they consume around 25 percent of the world's oil.

As long as this thirst for energy persists, there will be no end to the costly gamble that oil production has become. Shortly before the Gulf catastrophe, Obama himself loosened regulations for coastal drilling.

With his address on Tuesday, the president had an opportunity to initiate a rethink of America's approach to oil. But he preferred to stay vague -- probably in no small part because he doesn't want to come across as haplessly as Jimmy Carter. In 1979, the former president gave a similar address from the Oval Office. At the time, the US was suffering from an acute shortage of oil, the economy was in crisis and Carter's presidency was also wavering. "Why have we not been able to get together as a nation to resolve our serious energy problem?" Carter asked, pensively.

That's not the kind of thing Americans want to hear. In 1980, voters drove Carter out of office. In his speech, Carter called for 20 percent of the United States' energy to come from solar power by 2000 and for an end to dependence on foreign oil. Today, only 1 percent of the energy America consumes comes from solar power, and two-thirds of its oil is imported from abroad.

Obama is well aware of Carter's fate. And he is familiar with his own situation. America still hasn't accepted his health care reform, the US economy is still prone to setbacks and little progress is being made in Afghanistan. There is no majority in Congress for a transformation of America's energy policies, and the Republicans are already frothing that Obama wants to use the oil tragedy to push through an energy tax that, they say, will destroy jobs.

But if the oil crises hasn't made clear just how important a shift in energy policy is, then what will? Obama has compared the accident in the Gulf of Mexico with the terror attacks of 9/11 -- another national trauma. But solidarity with the victims back then didn't lead Americans to emancipate themselves from oil from the Middle East. President Bush didn't even attempt any kind of change. Instead, he called on his citizens to go shopping.

Obama chooses other words: "Now is the moment for this generation to embark on a national mission to unleash American innovation and seize control of our own destiny." But if he doesn't come up with more concrete proposals, then he, too, will be missing an opportunity for change. 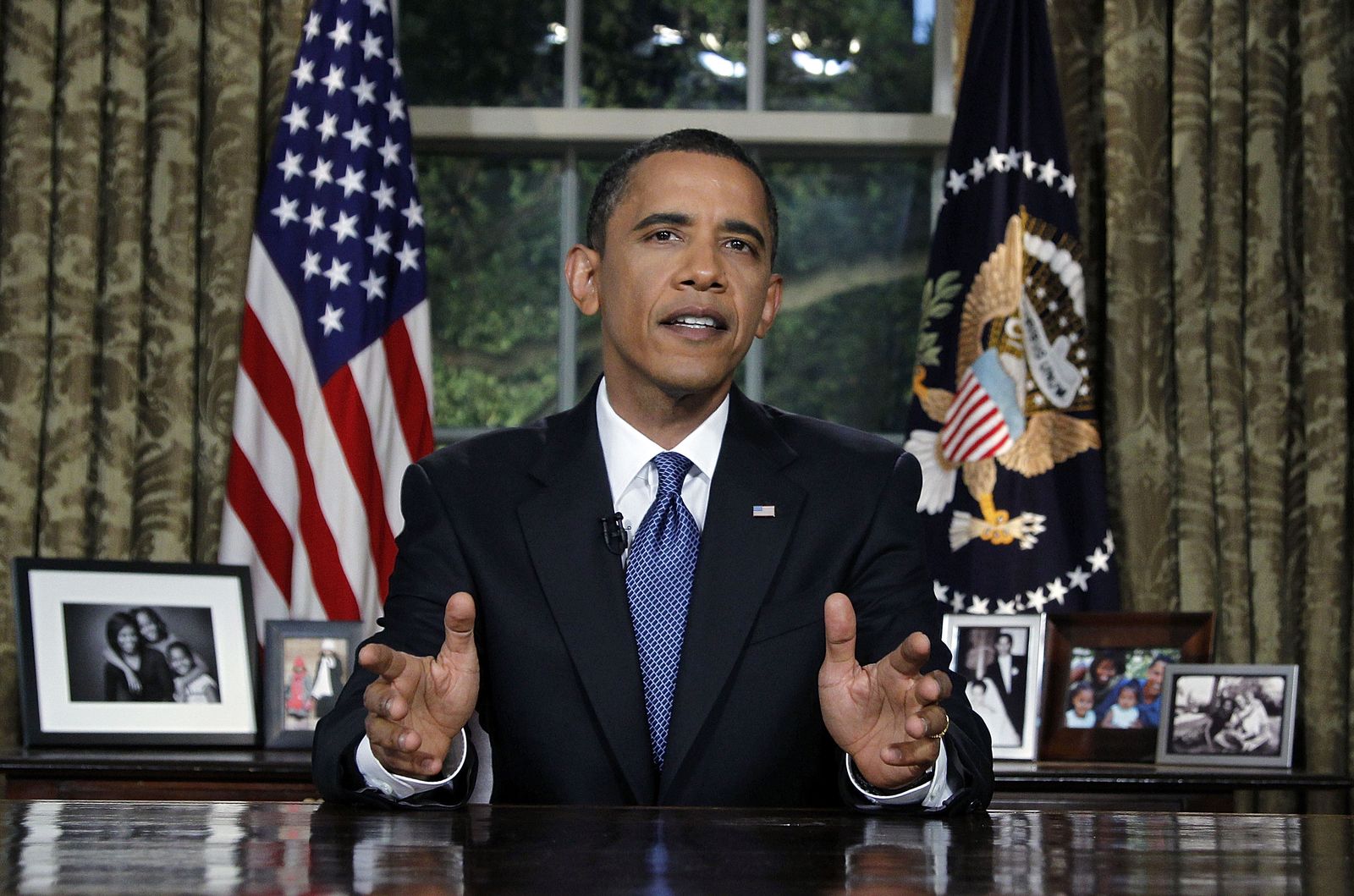 US President Barack Obama addressed the American public from the Oval Office on Tuesday evening.