DER SPIEGEL: Ms Ciesek, for the last several days, the world has been concerned about the new coronavirus variant that has been dubbed Omicron. Just a few days after the discovery of the variant, your lab looked into the first suspected case in Germany. Describe what happened.

Ciesek: On Friday morning, I read on Twitter that there was a new variant. Messages like that have circulated on many occasions in the last 12 months. But on Friday afternoon, the first suspected case was reported to us: A person who had returned from a vacation in South Africa a week earlier had received a positive PCR test.

Sandra Ciesek, 43, is a professor of virology and leads the Institute of Medical Virology at the University of Frankfurt. Her research primarily focuses on hepatitis viruses, but she has also been looking into SARS-CoV-2 since the beginning of the pandemic.

DER SPIEGEL: How did you learn of the suspected case?

Ciesek: The doctor caring for the patient had heard on the news of the variant in South Africa and was immediately on the alert. She remembered that the patient had just returned from vacation in South Africa. She then called us here at the Frankfurt laboratory because we had performed the first PCR test. Our first thought, of course, was: "Oh God, is it the new variant?" Because of Alpha, Beta, Gamma and Delta, we have a whole potpourri of PCR tests that enable us to identify the mutations. We did five different tests. By Friday evening, it was clear that it wasn’t Delta.

DER SPIEGEL: What did the other tests show?

Ciesek: Two of the tests didn’t work at all because the genetic makeup of Omicron contains so many mutations. That was concerning. We then consulted with the National Consultant Laboratory for Coronaviruses at Charité University Hospital in Berlin, which is run by (prominent German virologist) Christian Drosten. At the same time, we also started sequencing the entire genome of the virus.

"In a couple of days, special PCR tests will be available that are designed to identify the Omicron variant."

DER SPIEGEL: Is it a different feeling when you know that you might have an entirely different form of the coronavirus in front of you?

Ciesek: Our security protocols are always extremely tight, but the tension was naturally different. In recent weeks, we have verified the Delta variant hundreds of times, but now we suddenly had to interpret entirely new curves. Because of the many mutations, the results looked different from the Alpha and Beta variants, for example. It was quite a puzzle.

DER SPIEGEL: How difficult is it to identify the Omicron variant?

Ciesek: The first case was quite tricky. Now, though, we have had several cases – enough to establish a bit of confidence. Plus, in a couple of days, special PCR tests will be available that are designed to identify the Omicron variant. The companies are already working on it. Once they arrive, identification will be easier.

DER SPIEGEL: Once it became clear that the sample was Omicron, how did you proceed?

Ciesek: We checked to see if different PCR tests and rapid antigen tests still worked. There was quite a bit of uncertainty about the tests because the virus has mutated in so many spots.

The article you are reading originally appeared in German in issue 49/2021 (December 4th, 2021) of DER SPIEGEL.

DER SPIEGEL: You posted images to Twitter with notes, some of them written by hand – and said there was little cause for concern regarding the tests.

Ciesek: I took three PCR tests that we had available on site, and they are also the market leaders. We had no problems with them. Surprisingly, the three antigen tests we tried also worked. That wasn’t to be expected, because there are also changes to the protein shell of the virus, elements that the tests react to.

DER SPIEGEL: How did you obtain the samples for these experiments?

Ciesek: We used the sample we had in the laboratory for the three PCR tests. For the antigen tests, I drove to the homes of the infected persons. There were two of them by then.

DER SPIEGEL: How were they doing?

Ciesek: Both had symptoms. But they weren’t doing badly enough that they had to go to the hospital. They were completely vaccinated and happy that they could make a contribution.

DER SPIEGEL: Do you believe that the variant is far more widespread in Germany than previously thought?

Ciesek: We’ll find out in the coming weeks, once the PCR tests designed specifically for Omicron are available. With Delta, there were test weeks in which all positive tests were examined to see if they were the Delta variant. That kind of approach would also make sense with Omicron to learn more about how widespread the variant is.

DER SPIEGEL: Are you now trying to find out more about the variant?

Ciesek: At the moment, we are trying to grow virus cultures from the samples for experiments.

"I expect that in the coming weeks we’ll know more about how well antibodies, and thus, the vaccines, are able to protect against Omicron."

DER SPIEGEL: That means you have the virus in an incubator at your lab?

Ciesek: Exactly, it’s in our high security laboratory. The samples were placed in the cultures on Sunday. It will take another couple of days before we know if they are growing. If it works, we will be able to test how well they can be neutralized with antibodies.

DER SPIEGEL: When do you expect to have initial results?

Ciesek: I expect that in the coming weeks we’ll know more about how well antibodies, and thus the vaccines, are able to protect against Omicron. To start experiments, all we and other researchers need is the isolated virus from the culture.

DER SPIEGEL: Is it also possible that Omicron is an entirely new pathogen, since the differences to the original virus from Wuhan are so great?

Ciesek: I don’t think so. What we have seen is that SARS-CoV-2 has continued to adapt to people. It originally came from the animal world. With Alpha and Delta, the virus changed such that it was more transmissible. Now, it has possibly adjusted further such that it no longer reacts as strongly to antibodies and the immune system cannot defend against it as well. But it is still the brother, or the grandchild, of the original virus.

"I have read both: that symptoms are allegedly milder, but also that they are more severe. It shows how uncertain the data is at the moment."

DER SPIEGEL: How do you think the variant came into being?

Ciesek: It is striking that the gene sequences of Omicron taken from infected patients are quite different from each other. That indicates that the variant has been around for a time. I also don’t think that it necessarily originated in South Africa. It is more likely that it is from a region where virus genomes aren’t sequenced as often and that it simply wasn’t identified. The fact that it exhibits so many mutations also supports that idea. Something like this doesn't form within just a couple of days, it takes time. We also don’t know what preliminary stages of new variants might still be circulating in Africa. And we’ll probably never know.

DER SPIEGEL: There were initial reports that those who became infected with the new variant only have relatively mild symptoms. What is your view on that?

Ciesek: I have read both: that symptoms are allegedly milder, but also that they are more severe. It shows how uncertain the data is at the moment. There have been too few confirmed cases, and the age structure in Africa is much different from here in Europe. It is currently impossible to say what would happen here if the variant were to become dominant and infect people over the age of 60.

DER SPIEGEL: Does the virus first have to spread in Germany before we know for sure?

Ciesek: Not necessarily. You can also learn a lot from local outbreaks occurring in countries with a similar age structure and a similar rate of vaccination.

"We are hoping that the vaccinated are still protected from severe symptoms despite Omicron."

DER SPIEGEL: In South Africa, Omicron was apparently able to quickly overtake the Delta variant. Does that mean it is far more infectious?

Ciesek: One might think so if you don’t look at the data in detail. From my perspective, there is still a lack of clear evidence that Omicron is, in fact, more infectious than the Delta variant, which is already extremely infectious.

DER SPIEGEL: How does that view fit with the observations made in South Africa?

Ciesek: Omicron did manage to become dominant there within just a few weeks. But you shouldn’t forget that the infection numbers in recent weeks in South Africa were so low that there were hardly any Delta infections present at all. Omicron essentially had no competition. One or two superspreader events would be enough to make it seem like Omicron had pushed Delta aside.

DER SPIEGEL: What does that mean for Germany?

Ciesek: Conditions in Europe are entirely different. We are home to a strong Delta wave with many infections. Whether the new variant really has an infectious advantage will first be seen here. What I do think, though, is that compared to Delta, Omicron might react less to antibodies. That could mean that people who have been vaccinated or those who have recovered from an infection may be infected more easily.

DER SPIEGEL: What would the consequences be?

Ciesek: That would mean that Omicron could infect far more people than the Delta variant, against which the vaccines still offer decent protection. In that situation, Omicron could push Delta aside even if the variant isn’t more infectious.

DER SPIEGEL: Why, then, is it important for people to continue getting vaccinated?

Ciesek: For one, because the danger represented by Delta is currently much higher than the risk of being infected by the new variant. But also because the immune system has much more to offer than just antibodies. Vaccines also lead to a T-cell response, for example. To put it simply, they are a further defense system in the body. That is why we are hoping that the vaccinated are still protected from severe symptoms despite Omicron.

DER SPIEGEL: Is there still a chance that this could be a false alarm?

Ciesek: On that, I’m rather pessimistic.

DER SPIEGEL: What needs to be done in the upcoming weeks and months.

Ciesek: Thus far in this pandemic, we have continually been trying to play catch-up. Now, we have the opportunity to get a head start on this new form of the virus and take precautionary measures. More than anything, that means finding out how dangerous Omicron is and determining whether our vaccines must be adjusted.

DER SPIEGEL: If fears prove valid, how much time do we have?

Ciesek: That is difficult to say, since we don’t yet know how widespread Omicron already is. It also depends on the measures that are taken now. Reducing social contacts, for example, makes it much more difficult for the virus to spread, particularly if isn’t actually more infectious than Delta. The most important thing continues to be closing vaccination gaps. And not just in Germany, but around the world. 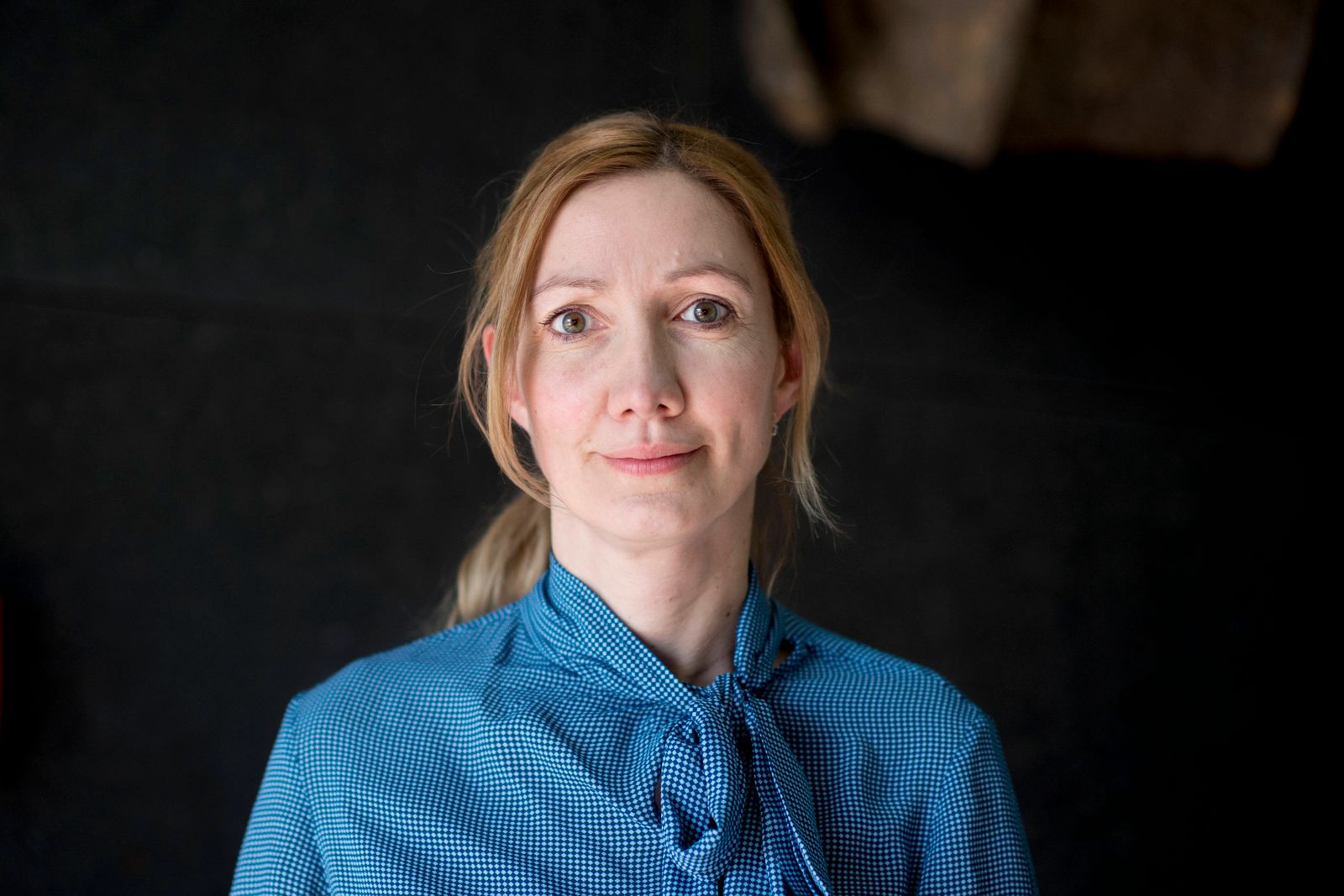 Virologist Sandra Ciesek: "On Friday morning, I read on Twitter that there was a new variant." 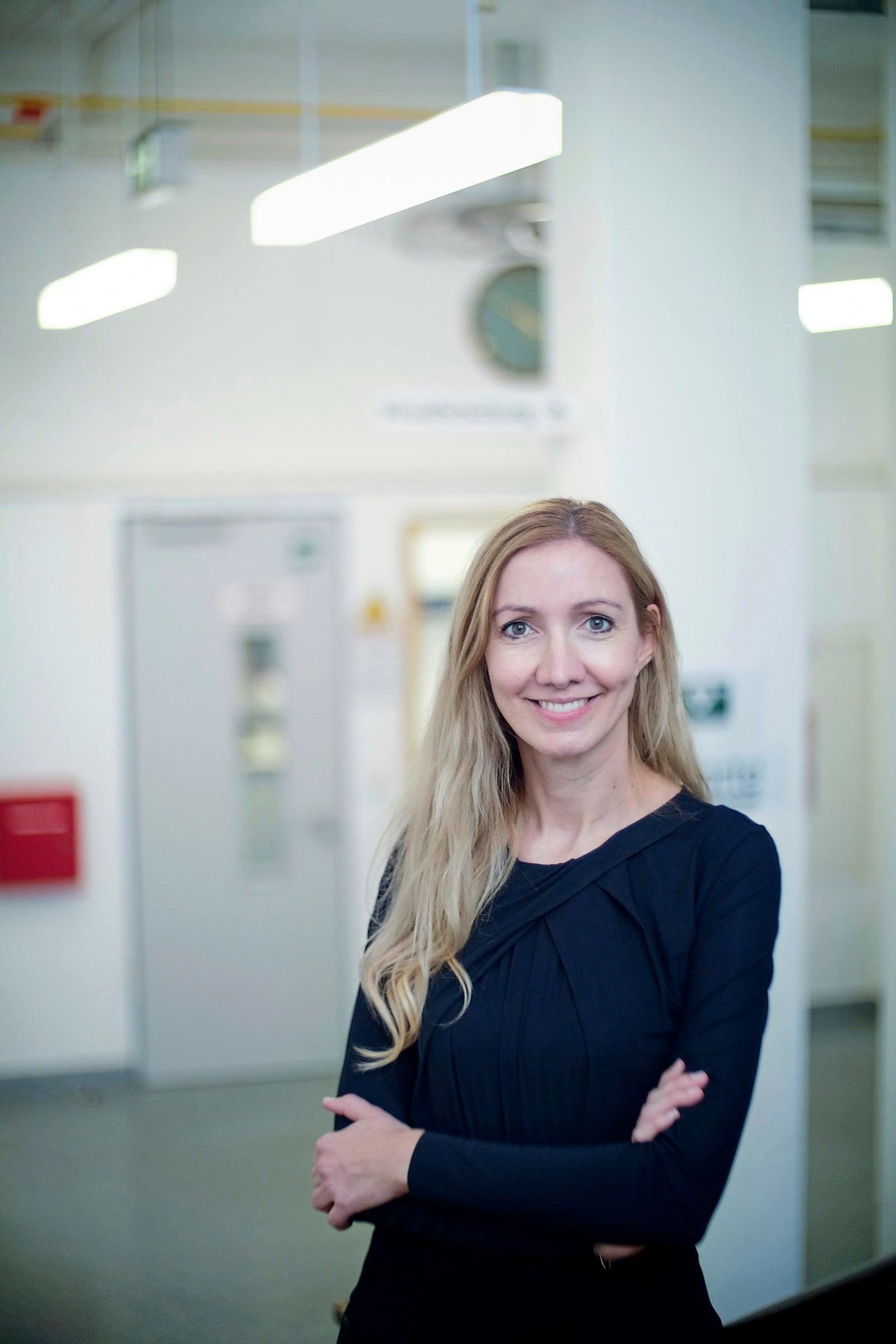