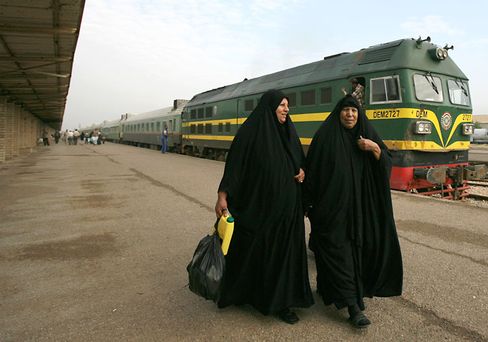 Deutsche Bahn, which runs Germany's railway network, has set its sights on rebuilding the Iraqi railways. Deutsche Bahn's Chief Executive Rüdiger Grube is meeting with Iraqi Transport Minister Amir Abdul-Jabar later this week to seal an initial agreement. The company is particulary interested in working to rebuild the country's freight train network and is hoping to operate it later with Iraqi partners.

There are still no details of the value of the investment planned nor the scale of the project.

Until now, talks between Deutsche Bahn and Iraq have remained highly secretive. The company's former boss Hartmut Mehdorn first sent reprepresentative to Iraq a year ago to evaluate the business opportunites in the country.

Germany has a long history of railway building in the region. More than a century ago, Kaiser Wilhelm II struck a deal with the Ottoman Empire to build the Baghdad railway with finance from Deutsche Bank.

Last year, Germany and Iraq signed a bilateral investment agreement designed to boost business links between the two countries. The deal was said to be the first of its kind following the 2003 US-led invasion of the country.

At the time, German Economy Minster Michael Glos said: "With backing by investment guarantees from the federal government ... German firms can in future make an important contribution to the reconstruction of Iraq."