Former German Chancellor Helmut Schmidt has noted with concern that many of today's politicians have too little knowledge of history. He could well have added that those same politicians are also frighteningly deficient when it comes to understanding strategic and security issues. In Germany, there is no significant discussion about the future of NATO, its self-image, its strategy for the future and the question of how Russia can be included. Berlin is not showing any opinion leadership, nor is it spurring international debate. This has been a disappointment for other members of the alliance, who are asking themselves whether the Germans are afraid of the debate or are simply no longer capable of contributing to it in a forward-looking way.

Europe's security, though, remains a constant task, and new challenges require different responses than in the past. The Euro-Atlantic region needs peace and stability at home, but it also needs protection against external threats. Ultimately, the emergence of a multi-polar world requires finding a way to offset the political, economic and strategic dynamics of the large Asian powers.

NATO, in its current form, is not up to these tasks. In the future, the alliance should see itself as a strategic framework for the three centers of power: North America, Europe and Russia. This trio has common interests that are threatened by the same challenges, and which require the same responses. If the alliance intends to be the primary forum for addressing all crises -- because it is the only forum where North America, Europe and Russia sit at the same table -- then it must now establish the requisite institutional framework for that to happen. The door to NATO membership should be opened for Russia. Russia, in turn, must be prepared to accept the rights and obligations of a NATO member, of an equal among equals.

'The Hand of Friendship'

The country would undoubtedly have a long way to go before all the conditions of membership are met. But the North Atlantic Treaty, signed in Washington in 1949, contains no obstacles to Russian membership. By unanimous resolution, the parties to that treaty can invite any other European country to apply for membership, provided it is capable of promoting the basic principles of the treaty and contributing to the security of the North Atlantic region.

In the 21st century, the concept of security encompasses not only the protection of human rights, but also respect for the principles of the constitutional state, which include political pluralism, a free market economy, freedom of the press and other basic rights. Respect for these norms and principles is the real foundation of European stability and security within both NATO and the EU. For this reason, NATO will be quick to point out that the alliance is also an alliance of values, and it will take time before Russia fully satisfies these criteria. In the past, however, the prospect of membership has always triggered a process in candidate countries that has eventually led to a consensus of values.

In recent years, NATO has willingly opened its doors for the membership of Central European countries. Commenting on this development, the Russian president recently said that almost all countries have found their place in Europe -- except Russia. The alliance has long neglected Russia and has not given it the same amount of attention. The bilateral relationship was not developed in the spirit of a genuine strategic partnership, and Russia has forfeited opportunities by upholding the image of NATO as its enemy. At the same time, the NATO countries have been less and less willing, over the course of two decades, to develop cooperative approaches to security policy with Russia -- particularly when compared with the mood of positive change that prevailed in 1990, when NATO leaders offered the Soviet Union "the hand of friendship" at their summit meeting in London.

With, and not Against, Russia

There is no consensus over how to appraise and handle Russia, a fundamental question over which the members of the alliance and the EU are deeply divided. One of the key bones of contention is that, for historical reasons, the new members of NATO define their security as being directed against Russia, while the imperative for Western Europe is that security in and for Europe can only be achieved with and not against Russia.

Russia has repeatedly made it clear that it feels sidelined by the expansion of NATO and the shift in the alliance's borders by 1,000 kilometers (620 miles) to the east. It has also objected to countries that were once part of the Soviet Union becoming NATO members. But NATO insists that every country in Europe has the right to join the alliance of its choosing. Should the two sides come to a deadlock over this controversy, it holds the potential to trigger serious conflict. A Russian membership of NATO would make it easier to integrate Georgia and Ukraine into European structures -- the mere willingness to become a member presupposes recognition of the territorial integrity of European countries.

The Euro-Atlantic community needs Russia for many reasons: for energy security, disarmament and arms control, to prevent proliferation, to solve the problems in Iran, Afghanistan and the Middle East conflict, to contain the potential for crisis and conflict in Central Asia, and to facilitate opinion-making and decision-making in the United Nations Security Council and within the framework of the G-8 and the G-20. It is a necessity for NATO to figure out now how Russia can find its way into the Euro-Atlantic community.

Russia's participation in collective security would have an internal and an external dimension. Complete transparency in the alliance on the basis of strict reciprocity, as well as political and military integration into the alliance system and participation in the shared decision-making process, would put an end to any perception of a supposed threat to Russia by the West. At the same time, the entire alliance would benefit from the political and military means Russia has at its disposal to fend off external threats and solve problems that affect the Euro-Atlantic community.

The trio comprising North America, Europe and Russia has an objective interest in surviving the consequences of the global economic crisis, thwarting the development of new power centers at the expense of old structures, facing challenges in the southern crisis region and cooperating in the Arctic. Nevertheless, there will be resistance to Russian NATO membership.

For this reason, in its internal debate with Eastern European skeptics, NATO must make it clear what the alliance stands to gain if Russia is gradually brought on board as a full member. It will be in the interest of both sides to define concrete interim steps. This could include the NATO countries and Russia issuing a joint declaration, at the beginning of the accession process, to use none of their weapons against each other, and that their nuclear weapons serve only one purpose: to prevent the use of nuclear weapons. On this basis, all Russian tactical nuclear weapons could be withdrawn to central storage facilities, where they would be subject to international monitoring at all times, in return for the withdrawal of American nuclear weapons from Europe. And a joint missile defense system could be installed to protect the territory of NATO countries and Russia.

The trans-Atlantic bond between Europe and North America would remain irreplaceable in a triple constellation -- it is the only way we can survive together in a troubled world. But now that the East-West confrontation has ended, Europe, including Germany, is no longer as strategically important to the United States as in past decades. The US's focus on the Asia-Pacific region is unmistakable.

NATO has provided the stability framework for the integration of Central European countries into European structures, enabling the EU and the alliance to address the historic task of reorganizing Europe after the end of the Cold War and giving it peace and stability. Now, with the inclusion of Russia, a comparatively major task is on the agenda. Russia's membership in the Atlantic alliance would be the logical consummation of the Euro-Atlantic order, in which NATO would remain the primary security institution. 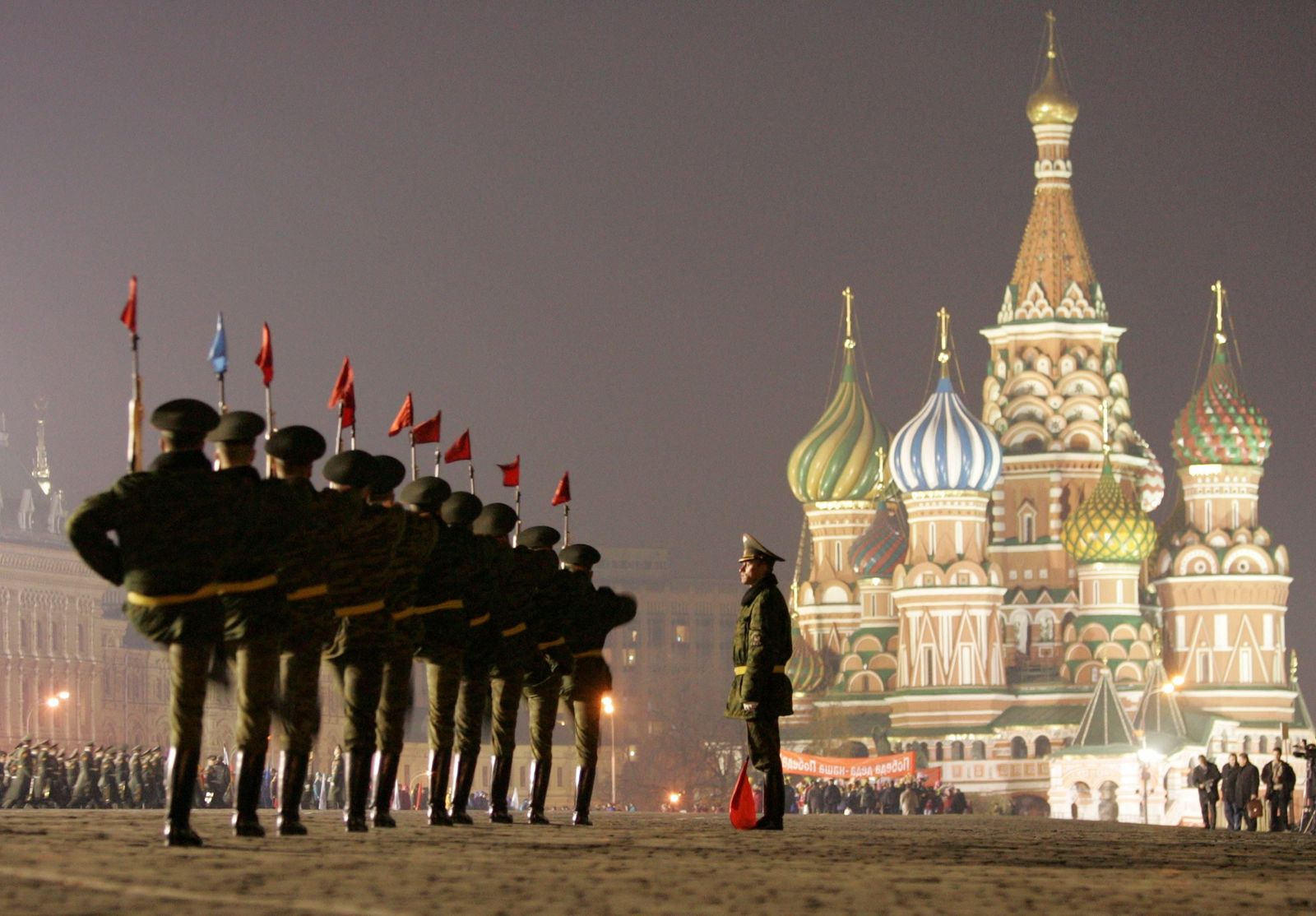 Russian soldiers marching on Red Square in Moscow. Is it time for Russia to become a member of NATO?