There’s no longer any doubt: The new president of the United States will be Joe Biden. The election took place under unprecedented conditions - and it heralds the end of one of the most inglorious eras in American history.

This week, it has become alarmingly clear that it is well past time.

As president, Donald Trump damaged democracy in America to an extent that none of his predecessors did. He prematurely proclaimed himself the winner, and he has spoken of "fraud” citing zero evidence. Despite all worries to the contrary, the count has been orderly and peaceful, just as one should expect from a firmly established democracy like the United States. Now, Trump is using propaganda in an attempt to destroy the legitimacy of a Biden presidency and he is stirring up his voters. Sadly, this is likely just a preview of what is to come. Trump will do anything to make Biden’s move into the White House as difficult as possible.

When Biden takes office in January, he will be taking the helm of a United States that has been severely traumatized by four years under Trump and by this election campaign. Biden would like to return the U.S. to its pre-Trumpian normality, but he faces an uphill battle in doing so.

The old certainty that the U.S. is an ally Germany can count on in times of need, regardless of any differences, no longer exists.

Indeed, Trumpism is likely to remain a destructive force in the U.S. Trump received more votes in this election than he did in 2016. Around half of the American electorate supported him; and this despite the fact that more than 234,000 people have died in the coronavirus pandemic, a death toll for which the president bares partial responsibility with his catastrophic crisis management.

This president always follows his gut feeling and ignores the facts, which is precisely what his voters like about him. When a society is as divided as America, the feeling of political allegiance can have an intoxicating effect, turning voters into fans who will let their team get away with anything. Against that backdrop, the two camps will continue to battle each other bitterly, seeing only friends or enemies.

But this election has consequences in Europe as well. The Germans, in particular, have been obsessed with the Trump presidency, as have we at DER SPIEGEL. It’s the expression of the deeply emotional bond that many Germans have with the U.S. In their approach to America, Germans tend to oscillate between idealization and demonization, a product of German history and also of the fact that the U.S. has often been the anchor and guiding light of the Western world.

However, the United States has renounced that claim to leadership. The old certainty that the U.S. is an ally Germany can count on in times of need, regardless of any differences, no longer exists. As such, Germany and the rest of Europe need to use this next American presidency as a time to prepare for a world in which they themselves exhibit strength. They need to learn to speak with one voice on important foreign policy and to consolidate their power in a common defense policy.

Trumpist forces could return to power as soon as four years from now.

Joe Biden is likely the most pro-European president the U.S. has to offer at the moment. Still, Trumpist forces could return to power as soon as four years from now. And this polarized, unpredictable America is likely to be focused on itself and China for some time to come.

Regardless, one hopes that Biden finds success in his bid to bring the era of American populism to an end. And that he not only manages to lead a competent government, but is also able to patch up society and deliver peace to the country. It would, though, almost take a miracle for that to happen. Trump, after all, wasn’t the cause of the deep divide running through the country, but a symptom of it.

Still, it would be wrong to underestimate Joe Biden. There were a lot of jokes about Biden during the election campaign - that he was too old and too boring, that he had trouble speaking at times, that he’s a figment of the past. But he persevered and won because many voters saw him as the perfect antidote after four years of Trump.

Once again, it is proving true that in America in recent decades, almost every president is succeeded by his polar opposite. And that there is always the chance for a new beginning. 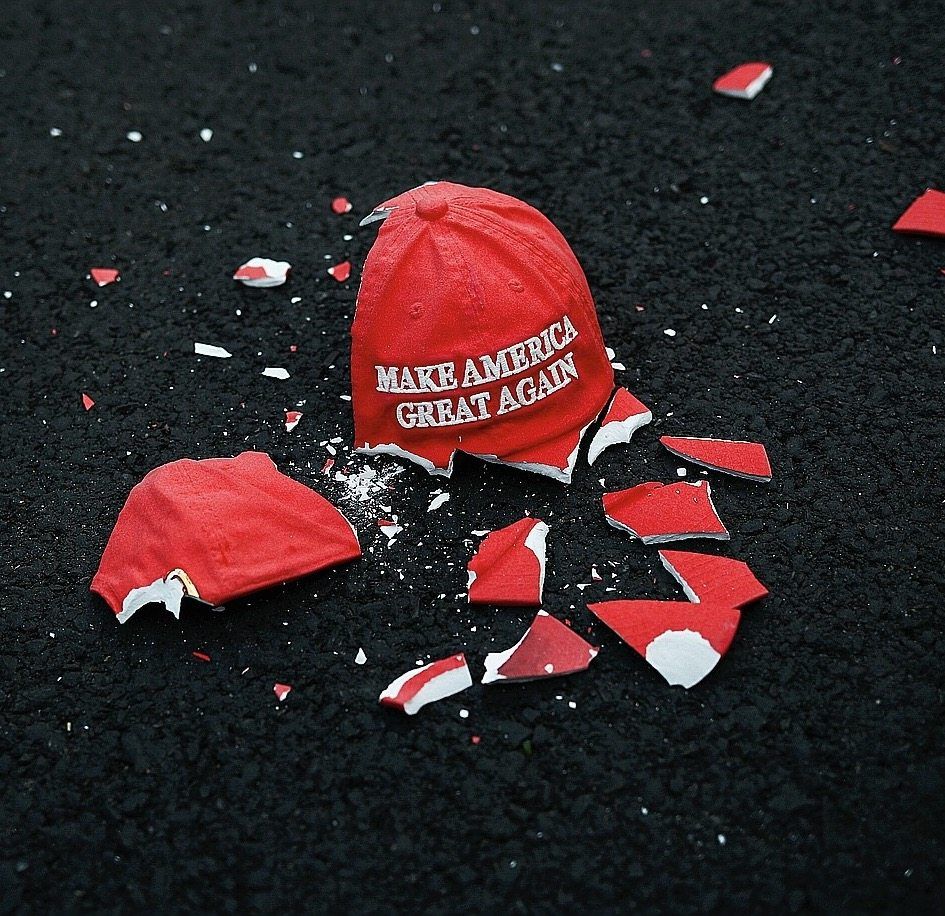