Everyone seems relieved to see Hassan Rohani as the new Iranian president -- and there are plenty of reasons to be. His election has unleashed an unprecedented boost of energy and optimism among Iranians that has the potential to bring about change in the country -- though probably only in the long run. And there is new hope for a solution to the seemingly never-ending struggle over Iran's nuclear program. A soft-spoken diplomat compared to his predecessor, Rohani is under immense pressure to get economic sanctions lifted in order to set the fledgling Iranian economy back on track. And there are some signs that even the powerful Ayatollah Khamenei might have his back on this topic.

But just days after Rohani's inauguration celebration in Tehran on August 4, the challenges he'll have to confront have risen to the foreground. If the choice over which foreign head of state to meet first is any indicator of his administration's take on foreign policy, then the scheduled visit of Russian President Vladimir Putin on August 12 should sound some alarm bells in the capitals of the Western world.

Besides the fact that Iran's Islamic dress code might spare us the sight of a half-naked Putin cruising through the beautiful Iranian desert, there is not much else to rejoice about. The visit confirms the growing alliance between Teheran and Moscow that is playing out in Syria. This is very bad news for the prospect of a peaceful resolution of the Syrian civil war. If it becomes a war for regional dominance, then the stakeholders in this struggle have every interest in keeping it going even if the Syrians themselves might be willing to find a compromise.

The fact that even Khamenei, the country's "spiritual leader," seems ready to find a solution to the nuclear issue looks like proof that he now holds a potential Iranian nuclear weapon to be less important than a favorable outcome of the Syrian civil war, which has become a proxy war for domination in the Middle East. Russia has little to lose and a lot to win in Syria. The defeat of Syrian autocrat Bashar Assad would be a major blow to Iran's ambitions in the region. A strengthened partnership with Russia founded on the common struggle in Syria, on the other hand, would give it a potent ally both in regional and world politics. And Rohani does not seem to differ substantially from his predecessor's line on Syria: Unlike many Western governments, Teheran has grasped the importance of the Syrian conflict.

This frightful outlook relegates the nuclear dossier to secondary importance. But this is also reason for renewed optimism. Tehran has realized the political and economic cost a nuclear bomb would carry. It has also recognized its relative uselessness should the United States in turn allow Iran's staunchest enemy Saudi Arabia to get one, too -- a fairly probable scenario. We should take advantage of this moment and start serious negotiations.

A positive outcome would do away with the looming danger of a catastrophic war with Iran. And it could be a signal to the Iranian public that we, "the West," are not against the Iranian people. We do not impose sanctions just to keep a country and its people down. We want to solve a problem by diplomatic means. This meant sticks (i.e. sanctions), but it must now also mean carrots. After 15 years of playing cat-and-mouse we must show the Iranian people that if their government chooses to seriously cooperate, they will be rewarded with a lifting of sanctions and the cautious resumption of political, cultural and economic cooperation.

At first glance, resolving the nuclear issue might not hold the same importance today as it did before the Syrian conflict. But keeping in mind the dire outlook in Syria, the stakes in the nuclear talks might have gotten even higher. Solving the issue could be a way of establishing diplomatic ties between Iran and the West that might eventually be able break up the seemingly hardening blocks of the Syrian civil war. It might be a first step in a necessary long-term strategy of offering both the Iranian government and the Iranian people a perspective for a political role in the region outside of a potential Shia-Russian alliance that would bring about the risk of further conflict. It is therefore in our most vital geopolitical interest. This is a fact we have to point out in our effort to win over the political and public opinion not only in Iran and Syria but especially in our own countries. 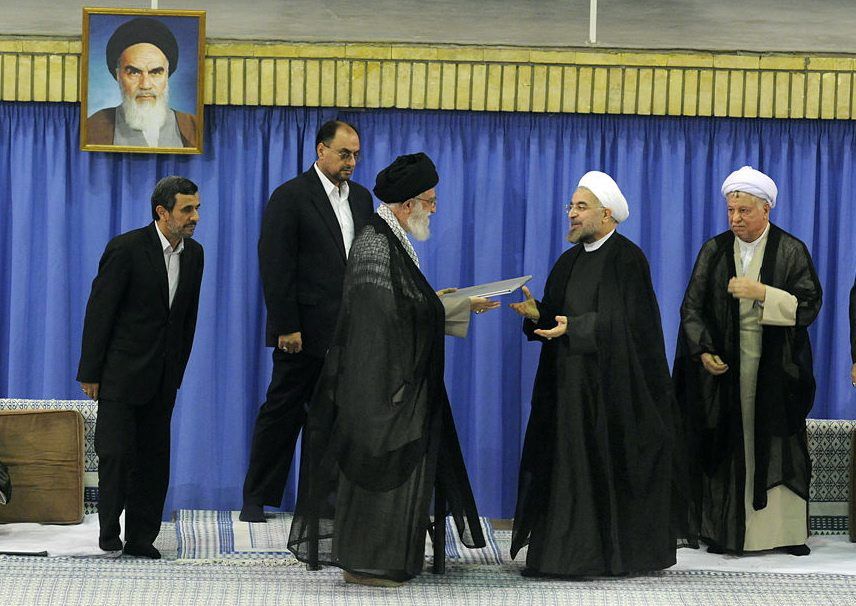