We have seen a crisis of confidence gathering momentum around climate science in recent weeks. Following the unauthorized release of e-mails from the University of East Anglia, showing climate scientists not at their best, now comes a flurry of attention to errors in official reports and accusations of conflicts of interest.

The crisis centers on the Intergovernmental Panel on Climate Change (IPCC), set up by the United Nations Environment Programme and World Meteorological Organization, and its chair, Dr. Rajendra Pachauri. Without significant institutional reform, the IPCC, and climate science as a whole, risks more than just bad press. It risks losing its credibility and trust. 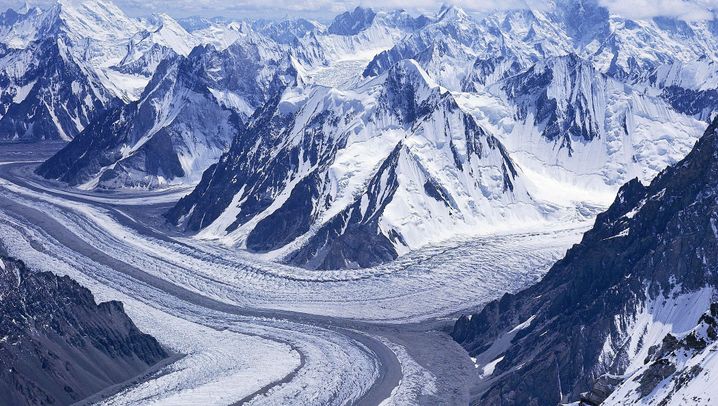 The IPCC was set up to advise policymakers on issues of climate science and policy, with a stated goal to be "policy-relevant and yet policy-neutral, never policy-prescriptive". The executive secretary of the United Nations Framework Convention on Climate Change explains that "the credibility of climate change policy can only be based on credible science." The IPCC seeks to meet its rigorous standards of academic integrity through a thorough review process "to ensure an objective and complete assessment of current information."

The IPCC Has Failed

The ideals of the IPCC are both worthwhile and hard to live up to. Academics have all of the foibles that are seen in every other profession. Politicians and advocates seek to politicize scientific advice, often preferring to hide behind "the science" rather than explain the normative choices behind tough decisions. Such factors make it important for scientific advisory institutions to have rigorous and transparent policies to ensure trust and the credibility of their work. The IPCC has failed in this respect.

The IPCC's shortfalls are illustrated with the behavior of Pachauri, its chair since 2002. In recent months, Pachauri has participated in overt political advocacy, such as by calling on people to eat less meat and on the United States government to pass a certain climate policy. He has endorsed 350 parts per million as the right target for the atmospheric concentration of greenhouse gases, despite the IPCC offering no recommendation on such a target. Being a scientific advisor sometimes means recusing yourself from engaging in the political processes that you are advising. We expect no less from intelligence agencies advising the military and medical professionals advising governments on health and safety.

When the e-mails were stolen or leaked from the University of East Anglia, they revealed, among other things, the intent of IPCC authors to violate IPCC procedures. Pachauri first said that all was fine, then announced an investigation, and then cancelled it.

The Glacier Error is not Unique

When the latest IPCC report said glaciers could disappear from the Himalayas by 2035, with major ramifications for the water supply in South Asia, it generated headlines around the world. That prediction proved to be grossly in error. It revealed a serious breach of the organization's own standards of review. When the error was initially publicized, Pachauri declared that the IPCC does not make mistakes and viciously attacked people who disagreed, before the sheer weight of evidence made him admit the error.

Another IPCC scientist claims to have been aware of the error in 2006, but was unable to have it corrected. The glacier error is not unique. That such a large body of work contains some errors is unavoidable. An appropriate mechanism to deal with false or contested knowledge claims is needed, but has not been implemented.

The whole situation became more bizarre when it emerged from the investigations of Richard North that Pachauri's Energy and Resources Institute (TERI) has built a large research effort on Himalayan glaciers on the back of the error in the IPCC report. TERI is also the beneficiary of considerable sums from companies with a financial interest in climate policy, resulting from payments for Pachauri's advice or authority. Astoundingly, it appears that Pachauri has not broken any rules for the simple reason that there is no code of conduct governing conflicts of interest for IPCC participants and leaders.

The Credibility of Climate Science is at Stake

The IPCC has started the preparations for the next major report, to be released in 2014. It may be advisable to pause for wholesale institutional reform. The IPCC needs guidelines for the behavior of its officials, and those guidelines must be enforced. With a policy on conflict of interest similar to those in place in leading scientific advisory institutions, it seems obvious that the IPCC would need a new chairperson. The IPCC needs to adhere to its own standards for appointing experts and reviewing material that it reports. It needs to make its procedures for appointments more transparent. The IPCC peer-review should be made more robust, with quality assurance overriding deadlines. A formal mechanism should be put in place to correct errors after publication. Such reform will be a large and difficult task. But the credibility of climate science depends upon it.

It will take many electoral cycles and all major countries to address the problems associated with climate change. Partisan advice will be unpicked, sloppy research will be exposed. New observations and theory will change aspects of the current understanding. Sustaining a climate policy that is effective, acceptable and durable can only be based on sound and impartial advice from institutions that do their science sustainably over many decades. The IPCC was supposed to provide that advice, but its standards have slipped, its procedures have turned out to be insufficient and its credibility has been questioned.

Climate policy matters, and so too does the IPCC. Its importance means that reform is needed before the reputation of all of climate science is irreparably damaged.