One can hardly blame the West Point leadership. The academy commanders did their best to ensure that Commander-in-Chief Barack Obama's speech would be well-received.

Just minutes before the president took the stage inside Eisenhower Hall, the gathered cadets were asked to respond "enthusiastically" to the speech. But it didn't help: The soldiers' reception was cool.

One didn't have to be a cadet on Tuesday to feel a bit of nausea upon hearing Obama's speech. It was the least truthful address that he has ever held. He spoke of responsibility, but almost every sentence smelled of party tactics. He demanded sacrifice, but he was unable to say what it was for exactly.

An additional 30,000 US soldiers are to march into Afghanistan -- and then they will march right back out again. America is going to war -- and from there it will continue ahead to peace. It was the speech of a Nobel War Prize laureate.

Just in Time for the Campaign

For each troop movement, Obama had a number to match. US strength in Afghanistan will be tripled relative to the Bush years, a fact that is sure to impress hawks in America. But just 18 months later, just in time for Obama's re-election campaign, the horror of war is to end and the draw down will begin. The doves of peace will be let free.

The speech continued in that vein. It was as though Obama had taken one of his old campaign speeches and merged it with a text from the library of ex-President George W. Bush. Extremists kill in the name of Islam, he said, before adding that it is one of the "world's great religions." He promised that responsibility for the country's security would soon be transferred to the government of President Hamid Karzai -- a government which he said was "corrupt." The Taliban is dangerous and growing stronger. But "America will have to show our strength in the way that we end wars," he added.

It was a dizzying combination of surge and withdrawal, of marching to and fro. The fast pace was reminiscent of plays about the French revolution: Troops enter from the right to loud cannon fire and then they exit to the left. And at the end, the dead are left on stage.

But in this case, the public was more disturbed than entertained. Indeed, one could see the phenomenon in a number of places in recent weeks: Obama's magic no longer works. The allure of his words has grown weaker.

It is not he himself who has changed, but rather the benchmark used to evaluate him. For a president, the unit of measurement is real life. A leader is seen by citizens through the prism of their lives -- their job, their household budget, where they live and suffer. And, in the case of the war on terror, where they sometimes die.

Political dreams and yearnings for the future belong elsewhere. That was where the political charmer Obama was able to successfully capture the imaginations of millions of voters. It is a place where campaigners -- particularly those with a talent for oration -- are fond of taking refuge. It is also where Obama set up his campaign headquarters, in an enormous tent called "Hope."

In his speech on America's new Afghanistan strategy, Obama tried to speak to both places. It was two speeches in one. That is why it felt so false. Both dreamers and realists were left feeling distraught.

The American president doesn't need any opponents at the moment. He's already got himself. 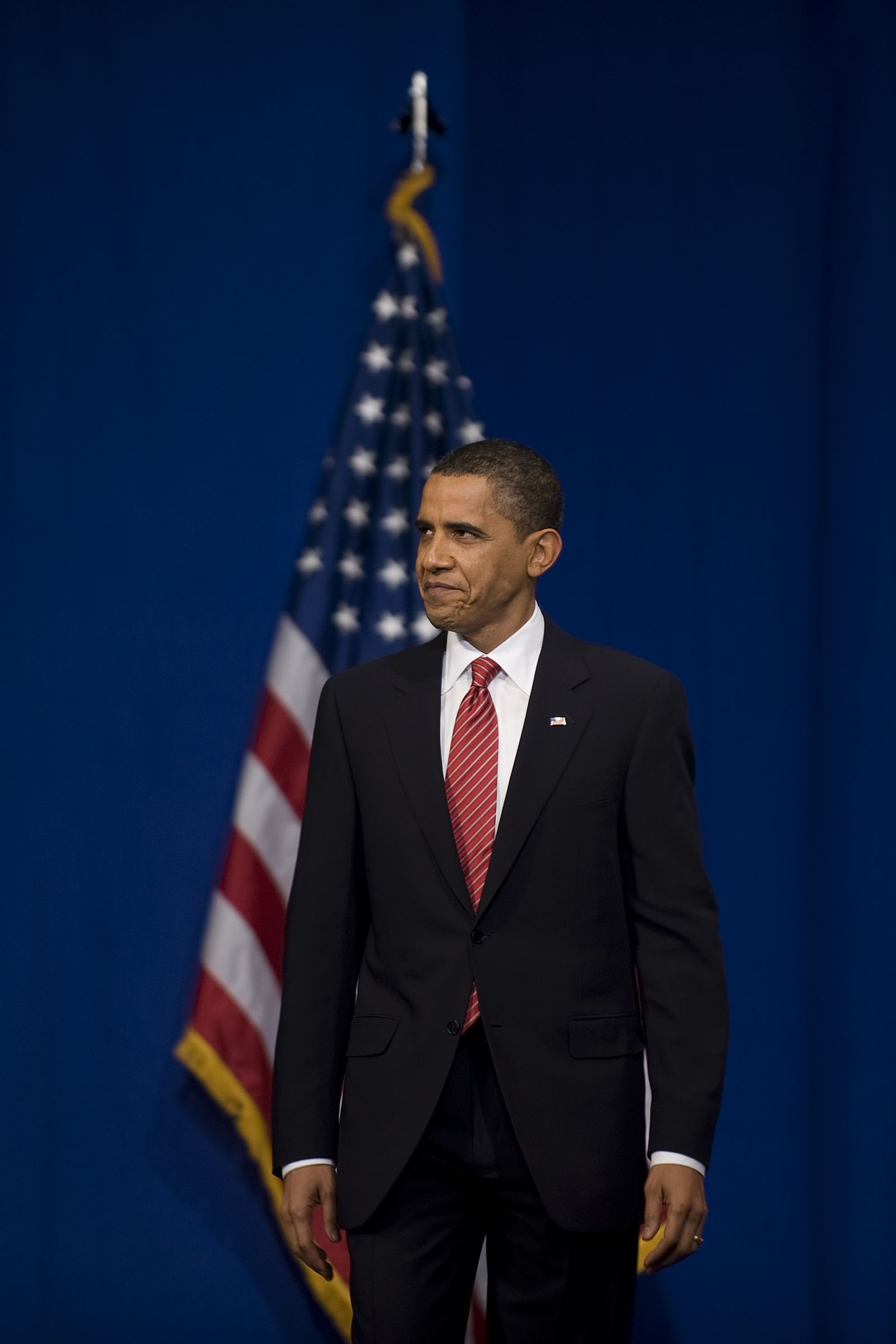