Once the attacker was dead and the injured cared for, once quiet had returned to Congress and the investigation had begun, a hint of harmony briefly descended over Washington. Democrats said prayers for Republicans, adversaries found warm words for each other and even Donald Trump acted like a statesman. America is strongest, he said, "when we are unified and when we work together for the common good."

This, from Trump -- arguably America's most divisive figure.

It sounded as if he had forgotten recent months -- the tirades and hate-filled speeches. As if there were no gaping rift between the opposing political camps, right and left, long since unbridgeable. For a moment, it seemed the president had swept aside all the rage -- and the nation was thankful.

What happened on Wednesday in Alexandria, a Washington suburb, was not Donald Trump's fault. The attacker opened fire on Republican members of the House and Senate. It was not an attempted political assassination, but it was an act that was at least partly motivated by politics. The perpetrator, James Thomas Hodgkinson, was a disturbed Bernie Sanders supporter who considered Trump to be a "traitor." It was an attack on democracy, but above all provided evidence of just how toxic the political environment in the United States has become. And of course, this president, both directly and indirectly, bears his share of the blame for this climate.

A political battle is raging in the United States in which the competing camps are no longer engaging in debate. Instead, each side is denying the other's right to participate in the democratic process. Both sides are raising the specter of treason as a way of justifying violence. The rage against elites has become impossible to contain, with ring leaders on the right speaking of "war" and those on the left of "resistance." The two sides are united by the thirst for confrontation and by the occasional repudiation of their opponents' humanity. Eric Trump, one of President Trump's sons, recently said that critics of the American leader are "not even people."

Debates have often been shrill in the United States. And violence has reared its head in political life before -- and not just since the assassinations of JFK, Martin Luther King and Malcolm X.

But today, a man is sitting in the White House who profits from the polarization and is further fanning the flames. It is not the language of moderation that is spoken in Trump's Washington -- it is one of revolt, revenge, rage and cynicism, and that isn't by chance. Journalists have become "enemies of the state," judges are ridiculed, government prosecutors getting too close to the president are threatened with dismissal and the head of the FBI is fired.

But Trump isn't sowing the seeds of rage on his own. His opponents are also doing a fine job of escalating this rhetorical arms race with talk of street battles, as if guerilla warfare were the solution. Comedienne Cathy Griffin had herself photographed recently holding Trump's fake decapitated head by the hair. At the point in a debate when the physical well-being of one's opponent is no longer sacred, there are no boundaries left.

The ideological divide between Democrats and Republicans has never been as wide as it is today. The most dangerous aspect of this development is that the two sides are no longer able to agree on basic facts. One wonders whether Republicans and Democrats could even agree that the sky is blue. If everything is relative and nothing is certain, when a president lies so openly, then who can you trust? When the language of this government is so corrupt and misguided, what is one to do?

There are few institutions left that both sides accept as being nonpartisan. At the moment, Trump's helpers are busy casting aspersions at independent special counsel Robert Mueller, who has been tasked with investigating Russian influence on the presidential campaign and potential ties between Moscow and the Trump team. Until his appointment, he had been accepted by Republicans and Democrats alike as an independent official with integrity. The campaign against Mueller is destroying any possibility, at least on this question, that one side's version of the truth might ultimately be accepted.

The harmony following the attack in Alexandria didn't last long. The next morning, Trump tweeted he was the victim of a "WITCH HUNT." He was referring, of course, to special counsel Mueller.

Debate is one of the foundations of democracy, but in the U.S. it's hardly possible anymore. And when the people of a country are no longer capable of speaking to each other, when they constantly believe their opponents are involved in a conspiracy, then a country's institutions are also imperiled. And with them, democracy itself. 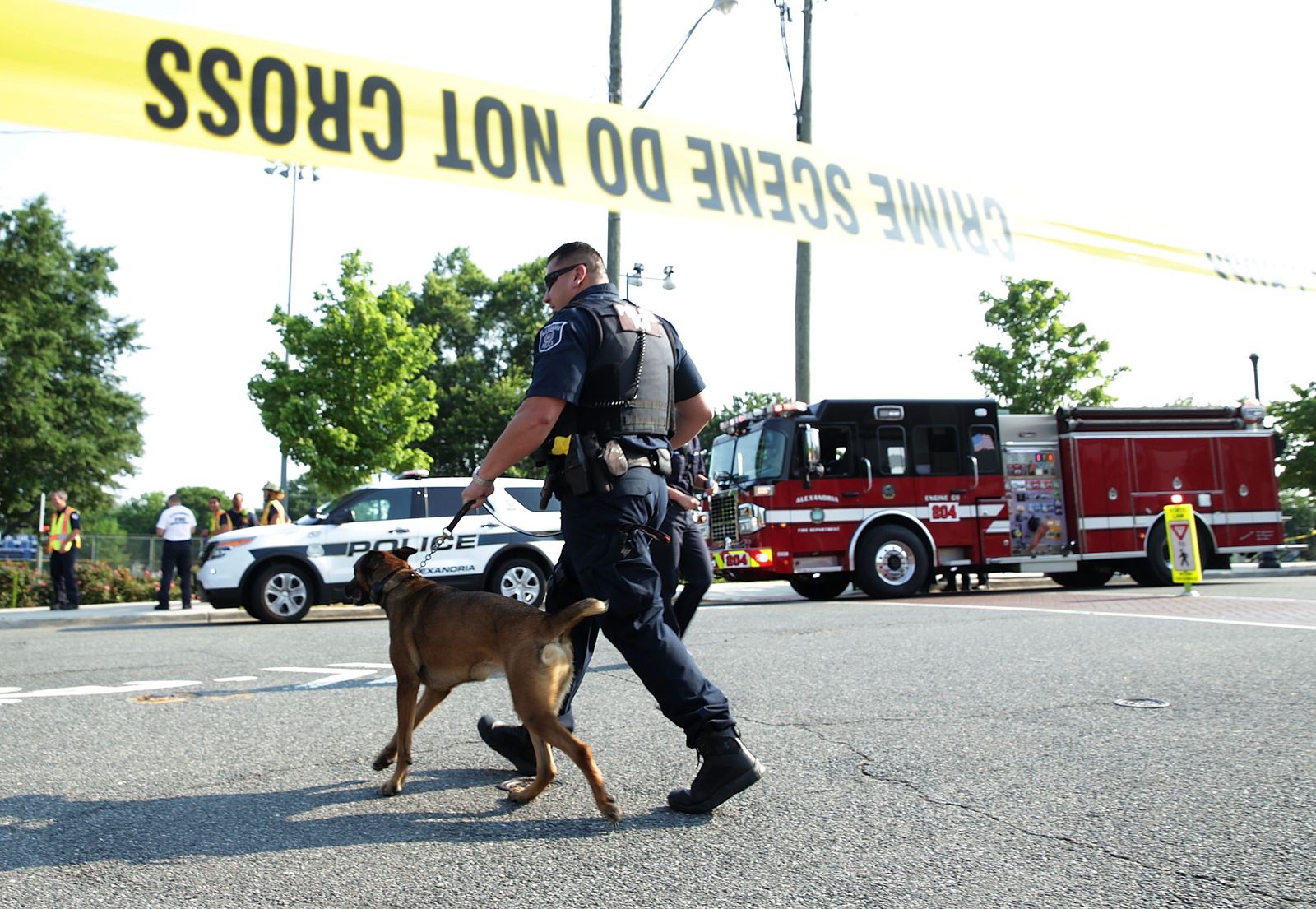 The site of the shooting in Alexandria, Virginia