"The immediate causes of the unrest in Berlin are directly related to the latest developments in the German Democratic Republic (GDR). The enemies of the GDR in West Germany understand that the practical implementation of the new course for our party and government -- the course of raising the living standards for the broadest possible masses and the strengthening of legal certainty -- will represent a serious setback for them and, out of necessity, will lead to disaster for them. They even admitted that themselves."

That was the beginning of an editorial in the June 18, 1953, issue of Neues Deutschland, the official organ of the East German communist party, addressing the popular revolt in the GDR at the time. The paper claimed that the West was fomenting the resistance in the East because the West couldn't stand the East's success. And, yes, journalists are capable of twisting their words to that degree -- if the aim is for facts to be bent to mean the opposite, if words are meant to manipulate, denounce and create instability rather than enlighten people, and if there is no longer freedom of the press.

That freedom is once again imperiled, and all -- journalists, readers and especially citizens -- who consider the West and its liberal democracies to be things worthy of protection should stand up to defend it in the face of a confluence of factors that are now coming into simultaneous play.

It is truly great that digitalization now enables us to spread enlightening information for barely any cost. It allows people to publish without a costly staff, without printing and distribution, studios or satellite trucks. To be a web publisher, the only thing you need is a smartphone. No despot and no tax evader can ever feel entirely safe these days because there is a constant danger that the truth will come out -- and at full force.

But there are also lies, and that's the sad part. It's easier than ever to circulate fabrications and propaganda. Today, people can disseminate stories on the internet without taking the steps that define serious journalism: real reporting, fact-checking, expertise and attentive detail to language. Anyone can make any claim and then post it online -- everything from conspiracy theories and insults to incitement -- and, because it has been packaged to look like journalism, it can also have an impact.

But other forces are also at play. Indeed, entire societies are now threatened because digitalization has transformed life so quickly, because equal opportunity is disappearing, because of the failure of some states and because climate change and globalized mass migration are constantly creating new uncertainties.

And now leaders like Turkish President Recep Tayyip Erdogan, Hungarian Prime Minister Viktor Orbán, Russian President Vladimir Putin and U.S. President Donald Trump are conducting assaults on the media. Erdogan has ordered the arrest of around 150 journalists and the closure of 170 media companies. Can Dündar, the former editor-in-chief of the newspaper Cumhuriyet, had to flee his country to Germany, but his wife has not been allowed to leave Turkey. Deniz Yücel, a correspondent of Turkish-German origin for the daily Die Welt, is currently being held by police in Turkey because he did precisely what his vocation as a journalist calls on him to do, which is to travel, ask questions, get answers, analyze and assess them and then put those thoughts to paper.

In Putin's Russia, critical journalists are being murdered. In Orbán's Hungary, they are losing their jobs and falling into poverty.

In Trump's America, meanwhile, the press has been declared an "enemy of the people." "You are fake news," the president says when he sees a CNN reporter. A colleague at The Washington Post recently described how the White House no longer answers any of his questions but blasts insults every time a story is published. It isn't until that point that the president's spokesman actually bothers to return his call, only to say, "Fuck you, asshole. We're going to make your life hell." The effect of all of this is that truth and lies are being blurred, the public is growing disoriented and, exhausted, it is tuning out.

This, in turn, aids the wrong people. Erdogan and Trump are positioning themselves as the only ones capable of truly understanding the people and speaking for them. It's their view that freedom of the press does not protect democracy and that the press isn't reverent enough to them and is therefore useless. They believe that the words that come from their mouths as powerful leaders are the truth and that the media, when it strays from them, is telling lies. That's autocratic thinking -- and it is how you sustain a dictatorship.

The idea of freedom of speech first came into being hundreds of years ago. The poet John Milton issued a plea for the "liberty of unlicensed printing" in 1644. "The destruction of a good book ends not in the slaying of an elemental life," he wrote, "but strikes at that ethereal and fifth essence, the breath of reason itself." This planted the seed: England moved to eliminate censorship in 1695. In 1776, the state of Virginia in the United States established the freedom of the press in America. The move was bold, enlightened and precious, making it that much more astonishing that some Turks and Americans now allow themselves to be lied to or have simply become too lazy to think critically.

Journalists and publishers cannot allow the same to happen to them. Whether the press can retain its importance on a daily basis will be determined by the seriousness and quality of its work -- its veracity, fearlessness and eloquence and the skill shown in developing a story. As journalists, we should not be offended -- we should maintain our composure -- but we also need to take the situation as seriously as it is. For if we as the media start insulting or disparaging other members of the media rather that reporting on the issues that actually matter or if we instead start criticizing victims like Yücel* rather than perpetrators like Erdogan, we make things easier for the autocrats.

* Editor's note: Following the arrest of German-Turkish journalist Deniz Yücel in Turkey two weeks ago, a writer at one leading German newspaper sparked a heated debate after suggesting in an editorial that Turkish-Germans couldn't write objectively about Turkey and questioning the decision by Yücel's employer, the newspaper Die Welt, to send him there as a correspondent in the first place. 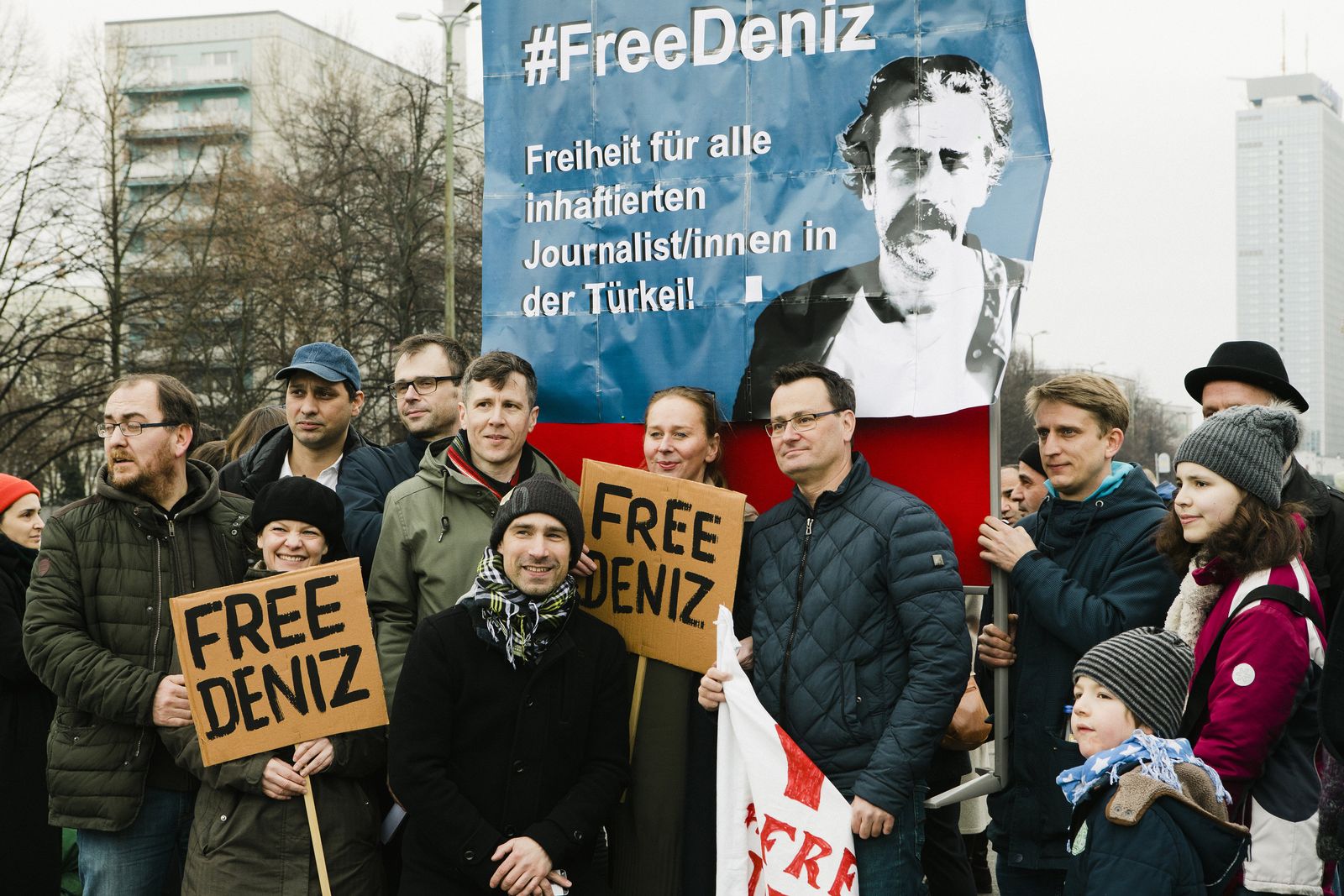 Protesters at a rally in Berlin call for the release of Turkish-German journalist Deniz Yücel.