America's Founding Fathers bestowed considerable power on the country's president. He or she serves as the head of the Executive Branch, is at the helm of the administration and the military and also determines a large share of foreign policy.

Having just waged the bloody Revolutionary War for independence from the British crown, Alexander Hamilton, James Madison and the other Founding Fathers wanted to ensure, no matter what, that the president didn't rule like a monarch. In 1787, the Constitution established "checks and balances" intended to provide Congress with a major role in government affairs and oversight over the Executive Branch as essentially it's co-equal. At the same time, the president would have to respect the laws and always govern conscientiously and for the good of the people. This includes the duty to not abuse the power of the presidency to one's own advantage.

That's how a great democracy arose in the U.S., one that has been replicated around the world many times over. It is an admirable system and the foundation of America's strength -- and, so far at least, it has always functioned reasonably well. Despite all its weaknesses, the U.S. is a country that its citizens can rightly be proud of.

But now, Trump is in power, a president who doesn't seem to care much about norms. He is testing the limits of democracy in the Ukrainian scandal as he relies on tricks, cover-ups and deception. The question now is whether American democracy will survive unscathed and whether it can return to its role as the bright beacon of democracy.

This isn't a game or some kind of cheap show -- these are deadly serious times. Whenever abuse of power becomes the rule rather than the exception, whenever it is left unsanctioned, we see the door opened to despotism. A failure of democracy in the U.S. would be no less than a catastrophe for the rest of world. Just as America served as a positive example for decades, it could just as quickly become a negative role model for the many leaders around the world dreaming of omnipotence. Trump's imitators are already hard at work around the globe, in countries like Brazil, Hungary and Italy. If he gets away unsanctioned, they would be even more emboldened to follow his autocratic impulses.

Trump's greatest strength is his ability to warp his own reality. In doing so, he blinds his followers to the truth, ensuring their continued support. He has a tremendous talent when it comes to manipulating people, and his approach to the current scandal is further proof of that.

Trump wanted to enlist the governments of China and Ukraine to investigate his political rival Joe Biden. With the cover blown on the Ukraine scandal by a whistleblower, Trump is now presenting himself as the victim of a conspiracy hatched by the Democrats. He even described it in a tweet as an attempted "coup." In the echo chambers of the Trump world, at Fox News and on the internet, people are only too happy to lap up these conspiracy theories.

It's ludicrous, really: Trump is many things, but he is certainly not a victim. Now we can see that the world's most powerful man is apparently willing to abuse the power of his office to increase his chances of re-election.

When the House investigates the matter and considers the first steps toward removing Trump from office, it is merely exercising its rights under the U.S. Constitution and doing exactly what the Founding Fathers intended in such cases. This is not treason, as Trump and his followers have claimed -- it's the duty of members of Congress who have given a sworn oath to protect the Constitution -- from external and internal enemies.

The Republican Party's failings are an additional problem in the current crisis. How would the Republicans have reacted if Barack Obama had made calls to Ukraine or China as president in 2010 to order investigations into his then challenger Mitt Romney? The outrage would have been enormous, to be sure.

So, what now? Few Republicans have dared criticize Trump's behavior in the Ukraine affair, so far. Even though it seems pretty clear that the president abused the power of his office in his effort to collect political dirt against a rival, most Republicans are pretending everything is just fine.

Idolatry of Trump is paralyzing the party. Many Republican members of the House and Senate are Trump's disciples and they view the world just as he does. Others don't dare to rebel against him out of fear of losing their seats. It's painful to watch and see how many people are falling for Trump's tricks.

How long can this go on? It's time for America to show that it's capable of defending its democracy against the autocratic abuse of power by its president -- first through an impeachment inquiry and then through impeachment itself, if necessary. In the name of its own future, but most importantly to set an example for the rest of the world. 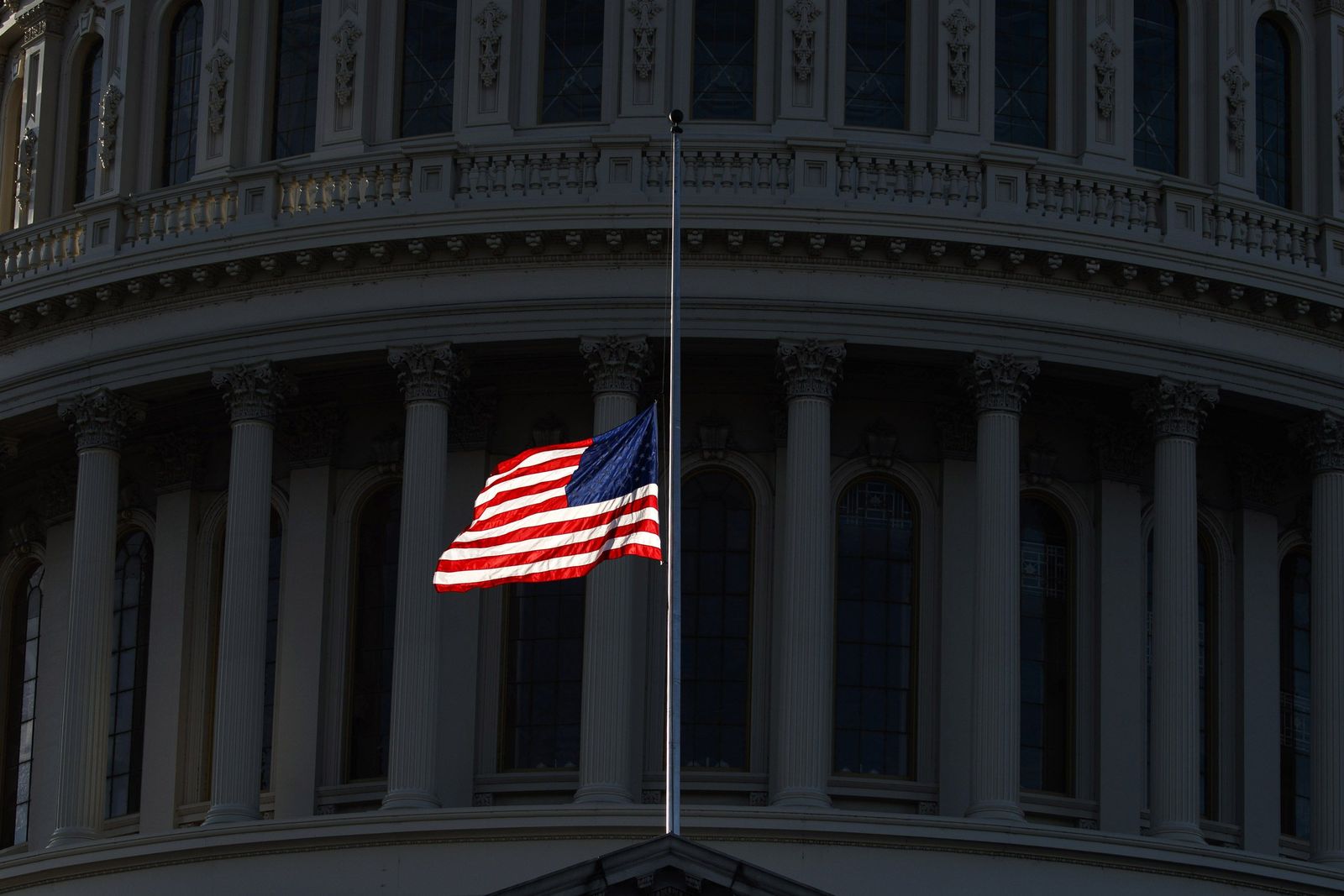 The U.S. flag in front of the Capitol Building: It's time for America to show that it's capable of defending its democracy.