Donald Trump is currently leading the race for the Republican nomination with 446 delegates, and his presidential campaign seems unstoppable. How could this have happened, and what lessons should we take away from it? It's the economy, stupid! Trump's ascent has a lot to do with the developments in America's economy over the past two decades. In today's United States, parallel worlds have emerged -- the fortunes of the super-rich are growing exponentially and the 400 richest Americans have command over as much wealth as the bottom 61%. The annual income of an average family has, by contrast, sunk by almost $5,000 over the past 20 years. One of the United States' greatest myths is at risk: that of the American Dream.

The American Dream promises that anybody can be successful, regardless of background or skin color. It is a promise of advancement and an incentive to realize one's fullest potential. The American Dream is the cement that has until now held together a diverse and fragmented nation. Yet when two jobs are not enough to feed a family, this promise is broken. Indeed, access to this success has slipped out of reach for many Americans. Bernie Sanders' unexpected rise among Democrats shows just how widespread this sentiment has become.

The reason Trump's promise to "make America great again" has been so effective is that it revives this dream and reaches voters who long ago turned their backs on the political system. A considerable share of his voters are based in rural regions and suburbs. They are likely to be poor, working class and lacking a college education. Trump appeals to the kind of voters who have been left behind by the forces of modernization -- people disconnected from societal progress who have neither profited from wealth nor the digital revolution.

There is no lack of proposals for combatting social inequality. What is missing is the will of the elite. But for as long as those who profit from the division of society are not prepared to relinquish at least a modicum of their power, privilege and affluence, Trump's sweet seduction will not diminish.

The very Republicans who complain that Trump is destroying their party also share responsibility for his success. This is the product of a movement that has taken shape in recent years at the conservative periphery of society -- one that originally called itself the Tea Party and mobilized against Barack Obama and his healthcare reforms. But now this hatred-fueled movement against Obama's new, ethnically diverse and politically correct America is melding itself with a deep animosity toward the state in a veritable clash of cultures.

The Republican Party leadership not only permitted this movement, it also embraced it -- at times partly even enthusiastically supporting it, with disastrous consequences. Today, railing against Washington has become de rigueur -- the cruder, the better. When the elite, the government and its institutions have nothing but contempt for each other, it is only a matter of time before the people follow. This provided ideologically fertile soil for Trump's success to grow. Instead of competing over who can most effectively dismantle the state, Republicans should be promoting it -- acting as a true pillar of order in the body politic rather than a minimal, "night-watchman" state that does little more than provide for the security of its people.

Trump's triumphs are also the result of successful publicity efforts. He uses social media to reach voters directly, thereby bypassing the media's societal filter and an audience of critics. With 6.6 million Twitter and over a million Instagram followers, Trump has created his own public. The result is a brutalized discourse. The raw, unfiltered tenor of the Internet and Trump's outbursts have an amplifying effect on each other. Trump also profits because he is allowed to be the loudest and most brutal and unscrupulous politician, without anyone holding him accountable. This, fortunately, is at least beginning to change as the media and politicians are starting to understand the gravity of the situation.

From a European perspective, it may be compelling to behold Trump's meteoric rise with horror and to delight in the spectacle with a pinch of anti-American zeal. Yet the aforementioned factors exist, even if in a milder form, in Europe as well. In Germany, the perfect candidate has been lacking thus far, but figures such as Geert Wilders or Marine Le Pen underscore the fact that this may not remain true for long. We Europeans would be well advised to study Trump's rise as a cautionary tale and to learn from it. 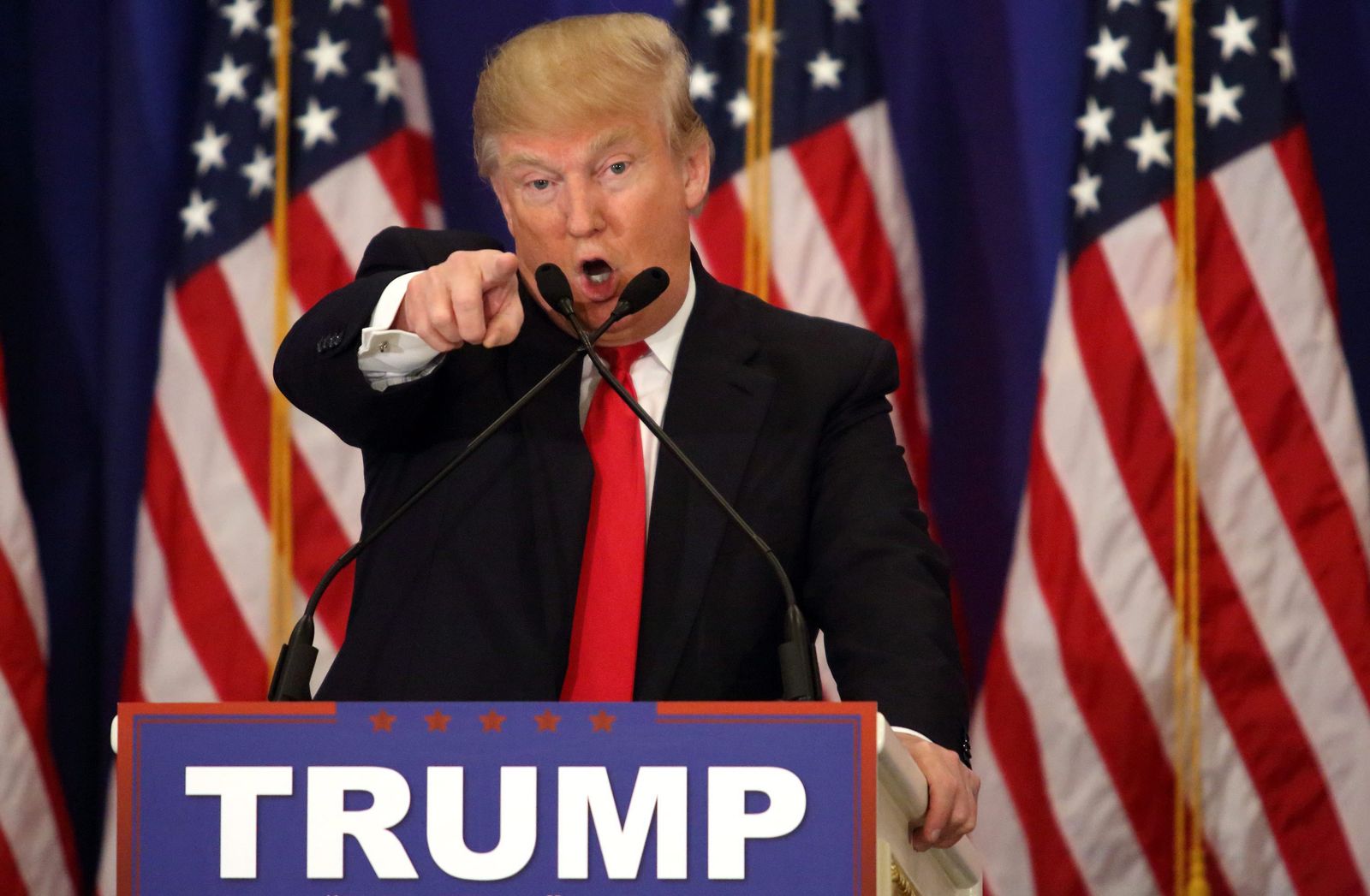 Donald Trump: the loudest, most brutal and most unscrupulous candidate