The young man, who called himself Raïd, wasn't doing well. He climbed into the backseat of the car, in pain, careful not to touch any corners. He was exhausted and dizzy. A large bandage looped around his stomach, caked with blood. Despite that, the 19-year-old Syrian wanted to tell his story.

Seven months ago, he fled the embattled city of Aleppo, in Syria, to Lebanon with his parents and six siblings. The family quickly ran out of money in the capital, Beirut. Raïd heard from a relative that the solution could be to sell one of his kidneys, and then he spoke to a bull-necked man, now sitting in the passenger seat, smoking and drinking a beer.

His acquaintances call the man Abu Hussein. He said he's employed by a gang that works in the human organ trade - specializing in kidneys. The group's business is booming. About one million Syrians have fled into Lebanon because of the civil war in their home country and now many don't know how they can make a living. In their distress, they sell their organs. It's a dangerous and, of course, illegal business. That's why the gang has its operations performed in shady underground clinics.

Abu Hussein's boss is known in the poor areas of Beirut as "Big Man." Fifteen months ago, Big Man gave the 26-year-old a new assignment: find organ donors. The influx of Syrian refugees from the war, Abu Hussein's boss argued, made it more likely people would be willing to sell organs.

Lebanon has a tradition of illegal organ trading. The country has immensely rich people and a huge number of people living in poverty. And organ traffickers don't need to worry about government controls. Those are exactly the ideal conditions for organ trafficking, said Luc Noel, transplant expert at the World Health Organization in Geneva.

Every year, tens of thousands of rich Arabs from around the region come to Beirut for treatment in the country's excellent hospitals. The authorities don't pay attention whether a patient flies home with a new nose -- or with a new kidney.

Previously, it was mostly destitute Palestinians who sold their organs. Then came the war in Syria, and then the refugees. Now the groups are in competition and the prices are falling.

"When it comes to kidneys, we now have far more sellers than buyers," said Abu Hussein. He added that four of the Big Man's other recruiters have brokered the sales of 150 kidneys in the past 12 months. According to Abu Hussein, other gangs are doing similarly well.

Experts estimate that 5,000 to 10,000 kidneys are illegally transplanted per year worldwide. "Many of our products go abroad to, for example, the Persian Gulf," said Abu Hussein. But Big Man also has customers in the US and Europe, he said.

Enough to Survive On Until Spring

Raïd had no trouble selling his left kidney because he was fit and didn't smoke. He played for the Syrian national youth soccer team. During the examinations doctors told him lies evidently meant to calm him down. With a little luck, the kidney would grow back, he was told, and there wouldn't be any after-effects. In truth, live donors need to undergo check-ups for years after the operation, and people like Raïd can't afford that kind of treatment.

He got $7,000 (€5,200) for his kidney. "While I drove Raïd and his mother to the clinic, a colleague of mine was shopping with the father," says Abu Hussein. The family lacked everything: Raïd's father bought mattresses and winter clothing, a fridge and an oven, and took it all to the one room the family of eight lives in today. They have enough left over to get through the winter. And then? "I don't know," says Raïd.

Abu Hussein says everyone benefits from the organ trade. The Syrians get money and the sick -- who pay up to $15,000 for a new kidney -- get a new life. He himself wins too, he added. He gets $600 to $700 commission for every sale he arranges. That's as much as a Lebanese teacher earns in a month.

Abu Hussein said that in the last few months he has driven 15 or 16 kidney donors - all of them Syrians aged between 14 and 30 - to the secret clinic masquerading as a residential building. The clinic has the most modern medical equipment and doesn't want to limit itself to kidneys. "I'm currently looking for someone who has an eye for sale."

Later that evening it became evident not everyone benefits from this trade. Raïd, sitting in the back of the car, was feeling unwell. His kidney had been cut out from the front, seven days ago. "I need the drugs. You said you would get me the drugs," he said to Abu Hussein who just minutes earlier had been bragging how well his organization took care of the Syrians.

But when Raïd asks for painkillers, Abu Hussein shouts at him: "Shut up. I don't care if you die. You're finished anyway." 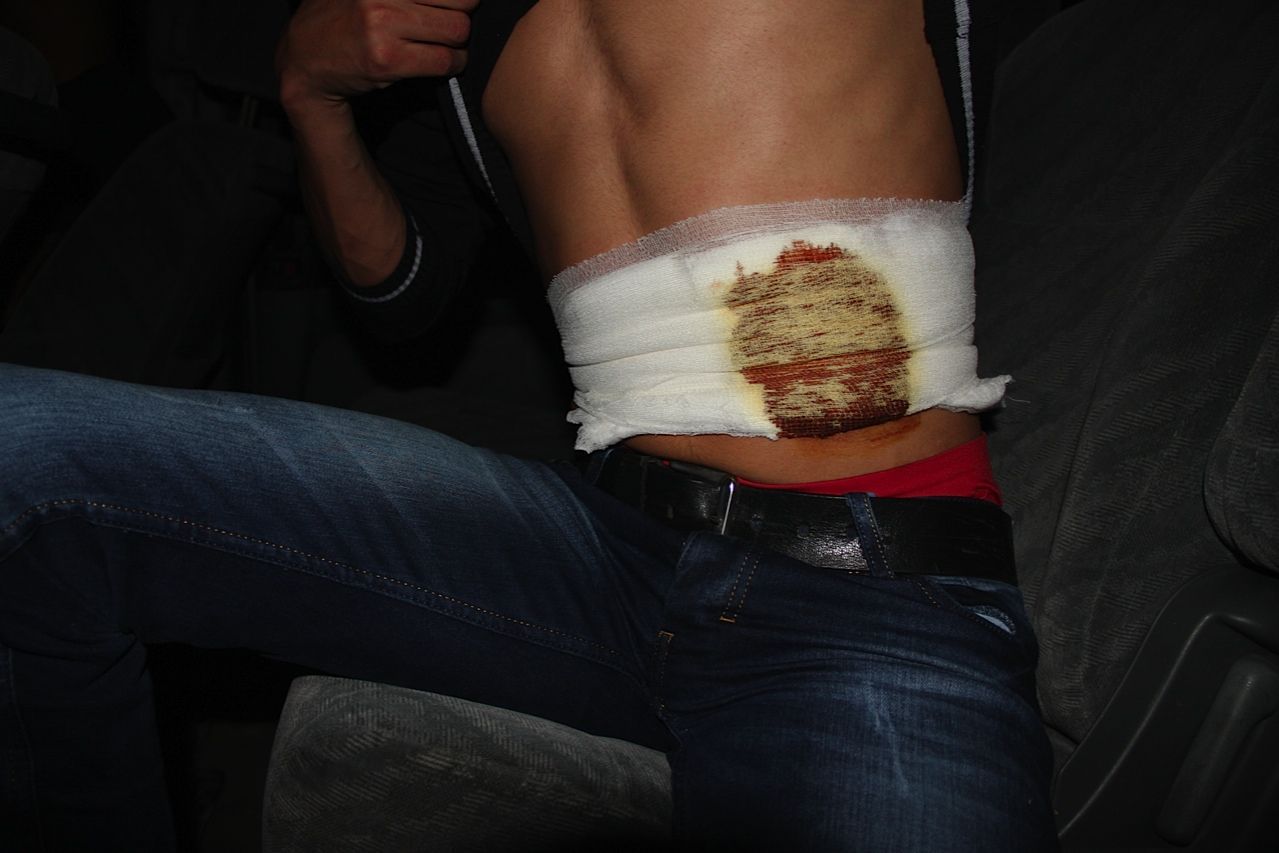