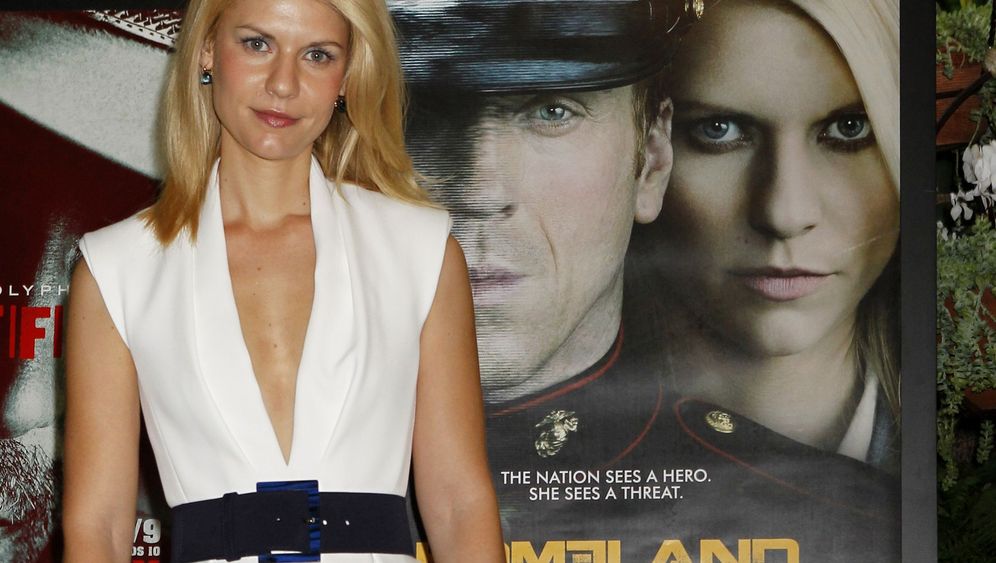 Agent Carrie Mathison is a topical figure. The main character in the American TV series "Homeland," played by the wonderful Claire Danes, shows her true relevance in the first few episodes, in which Mathison is nervously sitting at home, observing and listening in on the life of a terror suspect on a large screen. His apartment is bugged and Mathison is determined to find out as much as she can about him. She is hysterical, bipolar, paranoid and sick -- all advantageous traits for her job.

The real-life intelligence services of the United States take things much further than agent Carrie Mathison. They spy on just about anyone, even German Chancellor Angela Merkel, who, so far, has not been suspected of maintaining ties to Islamist terrorism, and yet whose cellphone was tapped.

It is often assumed that intelligence agencies are worlds of their own, and that they sometimes act on their own authority. However, they are also an expression of the societies in which they exist, especially of their fears. In other words, it is quite possible that there are not just paranoid agents, but also paranoid democracies that act in hysterical ways out of fear. They are characterized by a strong freedom myth, which leads to paranoia. It, in turn, poses a threat to freedom. The United States is currently in a late phase of this cycle.

Freedom means that there is an endless range of possibilities, and that anything can happen, including both good and bad things. That's why freedom engenders fear. The greater the freedom, the greater the fear. Where does America's fear come from?

To answer this question, it's worth taking a look at scenes from a typical Hollywood Western, in which covered wagons pass through a harsh, unwelcoming landscape, and where the silence feels ominous and the settlers are constantly casting anxious looks at the hills to the left and right. Is anyone there? Of course there is. A group of Indians has congregated and will soon attack the wagon train. There will be deaths, and a few crosses will be left behind in the wilderness.

The United States is a relatively young country that began as a society of settlers. They came to America to escape oppression at the hands of European monarchies, and they developed a strong desire for freedom in the process -- a freedom they could find in the continent's vast expanses. As political individuals, they refused to accept that even though they lived on the other side of the Atlantic, they were still controlled by the British colonial power, and they fought for their independence and democracy.

Because the settlers made such great sacrifices to seize their magnificent country -- from British troops, from the Indians and from the wilderness -- their achievements became imbued with a religious exaggeration. The country was essentially declared a paradise, or, in the words of the national anthem, "the land of the free and the home of the brave."

But the nation's genetic code has also retained the fear that many settlers had to endure, both on their treks and in wars. A covered wagon with a man, a woman and a horde of children -- it's the perfect symbol of the land of unlimited opportunity, a land where total freedom and maximum vulnerability go hand-in-hand.

To understand the United States, it's worth taking a look at other paranoid democracies. In southern Africa, Boer settlers battled the local population for land. To this day, the Boers still have a glorified view of their history, as suggested by Boer expressions like "Eie land, vrye volk," or "One land, free people." A strict apartheid system was implemented in South Africa starting in 1948. The system enabled the Boers to isolate themselves from the black majority and create a democracy, but only for whites, making it entirely undemocratic. Fear was the basis of that state. It built nuclear bombs, even though it had no enemies.

Israel is the promised land of the Jews. It was created primarily to give Holocaust survivors a place where they could feel free and safe. That freedom and safety was fought for and preserved in wars against the Palestinians and neighboring powers, wars that claimed many casualties. To this day, Israel retains elements of a settler society, as the country continues to expand into the West Bank.

In Israel, too, politics are shaped by fear -- and a justified one. The country is surrounded by enemies, some of which have made the renewed extermination of the Jews their objective. But does that mean that the Israelis have to have their presumed enemies murdered abroad? One of today's symbols of political paranoia is the giant wall that seals off Palestinian areas from Israeli territory. "Homeland" is actually based on an Israeli TV series.

The United States differs in many respects from South Africa during apartheid and Israel today. But the three countries are similar in terms of the triad of freedom myth, paradise and fear. This has led to the development of a tremendous ability to put up a fight, but also a heightened sensitivity.

Political paranoia requires an enemy, or at least the concept of an enemy. For a long time after the society of white settlers had destroyed or banished the Indian tribes, there was no enemy to threaten the Americans in their paradise. It was only the Soviet Union's bombers armed with nuclear missiles that made the United States vulnerable again and fanned new fears. At the same time, the rival in the East served as the alternative model to the freedom myth, because it was a society of compulsion and limited opportunity. It also offered an austere alternative model to the American paradise, which by then had become primarily a paradise of consumerism.

America felt threatened to its very core. A defeat against the Soviet Union would have turned the United States into either a nuclear desert or a Socialist satellite with cheap goods and no more than two available car models -- two nightmares for Americans that generated considerable fear.

Soon a paranoia developed that was reflected in one of its early excesses, the McCarthyism of the 1950s. Those suspected of harboring sympathy for communism were persecuted. Throughout the Cold War, anti-communism remained a hysterical and fundamental element of American policy.

Need for Enemies, at Home and Abroad

After the Soviet Union collapsed in 1991, the United States experienced a relatively relaxed decade, until hijacked jetliners crashed into the World Trade Center and destroyed parts of the Pentagon on Sept. 11, 2001. The men at the controls were belligerent Islamists, whose ideas also formed an antithesis to American society.

They were foes of a liberal and individualistic way of life, and they yearned for a paradise where credit cards would be worthless. They were also the first to severely wound the United States in its own "homeland." They were the ideal enemy for the next wave of paranoia. The hour of the Carrie Mathisons of the intelligence world had arrived.

While far from all democracies are paranoid, virtually all dictatorships are. For dictators, paranoia helps shape and preserve their autocratic systems. Autocrats need an enemy -- always an internal enemy and sometimes an external one, too -- to legitimize violence and coercion, and to generate allegiance.

The Nazis are unparalleled in this art of hysterical governance. Their declared internal enemies were Jews, Communists, Social Democrats, the Sinti and the Roma, homosexuals and anyone who told jokes about Adolf Hitler. The external enemies were all the countries that Germany attacked, which was a large number, as well as the overseas democracies, especially the United States. For the Chinese party dictatorship, dissidents are the internal enemies, often people who express their criticism with a paintbrush, pen or laptop. Although China lacks an external enemy, it does have an aversion to Japan.

The United States cannot be compared with Nazi Germany or with China. Unfortunately, however, a paranoid democracy tends to use tools that are beneath a democracy, the tools of a dictatorship, and they include as much surveillance as possible.

US No Longer a Model of Democracy

Information is the most valuable thing in a paranoid world. Those who feel threatened want to know as much as possible about potential threats, so as to be able to control their fears and prepare preventive attacks. Even in the days of covered wagons, alertness was an important protection against attack. Before Sept. 11, the intelligence agencies were asleep at the wheel and overlooked many of the clues the attackers left behind during their preparations. One of the reasons agent Carrie Mathison is traumatized is that she let her guard down once, and she is determined not to let it happen again, even if it means breaking the law.

Now the intelligence services have developed a giant information procurement machine, which is also useful in industrial espionage. To ensure that nothing escapes their notice, they violate the privacy of millions and millions of people and alienate allied nations and their politicians.

Another form of paranoid information procurement is torture, used by American intelligence agencies to gain information about terrorists. Torture is the negation of democracy, freedom and human rights. If a democratic country allows itself to sink to the level of torture, it must already be extremely hysterical and anxious.

It isn't as if nuclear bombs were at issue. The aim of some of today's intelligence methods is to prevent attacks that could be very painful for America, but in truth do not threaten the American founding myths and are not capable of extinguishing the American paradise. Only the Americans themselves can do that. The fear aspect of freedom is destructive to freedom, because it allows the need for security to get out of hand.

While paranoia legitimizes a dictatorship, it can achieve the opposite effect in a democracy. The United States is no longer a model of liberal democracy. That much has been made clear in light of mass surveillance, torture, the extralegal detention camp at Guantanamo and an isolationist ideology that leads to author Ilija Trojanow being denied entry to the country, presumably because of his criticism of American policy.

Other nations also have their fears, but they lack the power to turn the world upside down. Power and paranoia are a dangerous mix.