The 12th Petersburg Dialogue begins this evening in Moscow. Over the course of the next four days, representatives of German political organizations will meet with Russian parliamentarians, who can hardly shake their hands without being suspected of committing treason. That's because Russian President Vladimir Putin and his entourage are quick to accuse foreign organizations of fomenting anti-Kremlin protest.

The two sides find themselves in an absurd situation that highlights the unhealthy state of Russo-German affairs. Relations between the two are chillier than they have been at any time since October 1986, when then German Chancellor Helmut Kohl compared President Mikhail Gorbachev to Joseph Goebbels, Hitler's propaganda chief.

Since his return to the Kremlin, President Putin has steamrolled a host of authoritarian laws through parliament. Last Friday, the German Bundestag responded to this by passing a resolution that demands a tougher approach to Russia, a move that the Kremlin elite consider an insult deliberately aimed at undermining relations between the two nations. Such behavior doesn't precede visits by the chancellor to China or dictatorships in developing countries, the Russians complain.

But it is precisely because of this dispute that it will be far better for the two countries to talk rather than turn their backs on one another. Or, to turn a saying known to both sides upside down: Silence is silver, but speech is gold.

Relations between Moscow and Berlin have been icy for months. Because Merkel's commissioner for German-Russian cooperation, Andreas Schockenhoff, criticized the Kremlin, the Russian Ministry of Foreign Affairs now refuses to speak to him. Meanwhile, calls are growing louder in Germany for the civil society section of the Petersburg Dialogue to be held at a different time than the government consultations, when ministers from both countries gather for a joint session. When Merkel flies to Moscow on Friday, she'll be accompanied by eight members of her cabinet, including Finance Minister Wolfgang Schäuble and Foreign Minister Guido Westerwelle. The Russians plan to send 14 ministers.

But separating the Dialogue and the intergovernmental consultations would send the wrong message.

Putin and his power elite would probably favor this idea, because he would no longer be forced to listen to reports of the Dialogue working groups, which frequently critique his policies. But a Petersburg Dialogue without an opportunity to call the president and the chancellor to account would quickly become meaningless. It would disintegrate into a mere niche discussion involving only those who are already talking to one another: Russian opposition groups and Germany's environmentalist Greens on the one hand, and the managers of Russian and German corporations on the other. The prime purpose of the Petersburg Dialogue would be lost.

Admittedly, with more than 200 representatives from the politics, business, research, religious and non-governmental organization sectors, the Dialogue has its weaknesses, including the advanced age of most of its participants and the large number of officials involved. It needs reform and new blood. Nevertheless, part of the format's charm lies in the fact that it brings together diametrically opposed opinions: Ecologists and Gazprom managers, Putin critics and the managers of DAX-listed companies.

That helps each side get a more realistic picture of their partner country. Both are forced to gain insight that draws them out of the comfort zone of their cherished prejudices. The Russians have the opportunity to discover that not every German critic of Putin wants to harm their country -- and that it's worth solving their domestic problems rather than shrouding them with claims of alleged foreign intervention.

But the Germans need to face some uncomfortable truths too. For instance, that truly fair elections in Russia wouldn't necessarily be won by pro-Western politicians, but more likely by nationalistic chauvinists. Or that a majority of Russians think the two-year prison sentence handed down to the members of the feminist punk band Pussy Riot was too lenient. Or that most Russians would rather reintroduce the death penalty sooner than later. In other words, that most Russians probably want a very different Russia than the one we dream of in the West.

Honesty and intellectual integrity would benefit both sides. A realistic picture of one's partner is the best basis for true partnership, whereas illusions can only lead to disappointment and harmful policies.

The Germans therefore shouldn't waste time complaining that too many members of the Russian delegation have close links to the Kremlin. Rather, they should take advantage of the opportunity to speak openly and at length with them. At the same time, Putin's numerous fans within the Russian delegation should sit down with German Kremlin critics.

Interestingly, divisions within the respective national camps will also be on display. Ilya Ponomaryov, a parliamentarian from the opposition party A Just Russia, will meet with members of the Kremlin's party United Russia, which recently handed him a one-month gag order in Russia's parliament, the Duma. Meanwhile, the German delegation will include politicians who are both idealists and pragmatists. Here too, more dialogue is needed rather than less.

One of the round-table talks scheduled for Thursday is entitled "The Art of Listening to One Another." This discussion will be chaired jointly by Vyacheslav Nikonov, a parliamentarian for Putin's party, and Ralf Fücks, the head of Germany's Heinrich Böll Foundation, a think-tank associated with the environmentalist Green Party. Nikonov, the grandson of former Soviet Foreign Minister Vyacheslav Molotov, is capable of using his brilliant sarcasm to accuse Germany of double standards until it's painful. Fücks is the eloquent husband of Marieluise Beck, the Green Party's spokesperson for Eastern European policies and a woman despised by the Kremlin.

If Nikonov and Fücks can talk to each other, then all is not lost for Germany and Russia. I wish them luck! 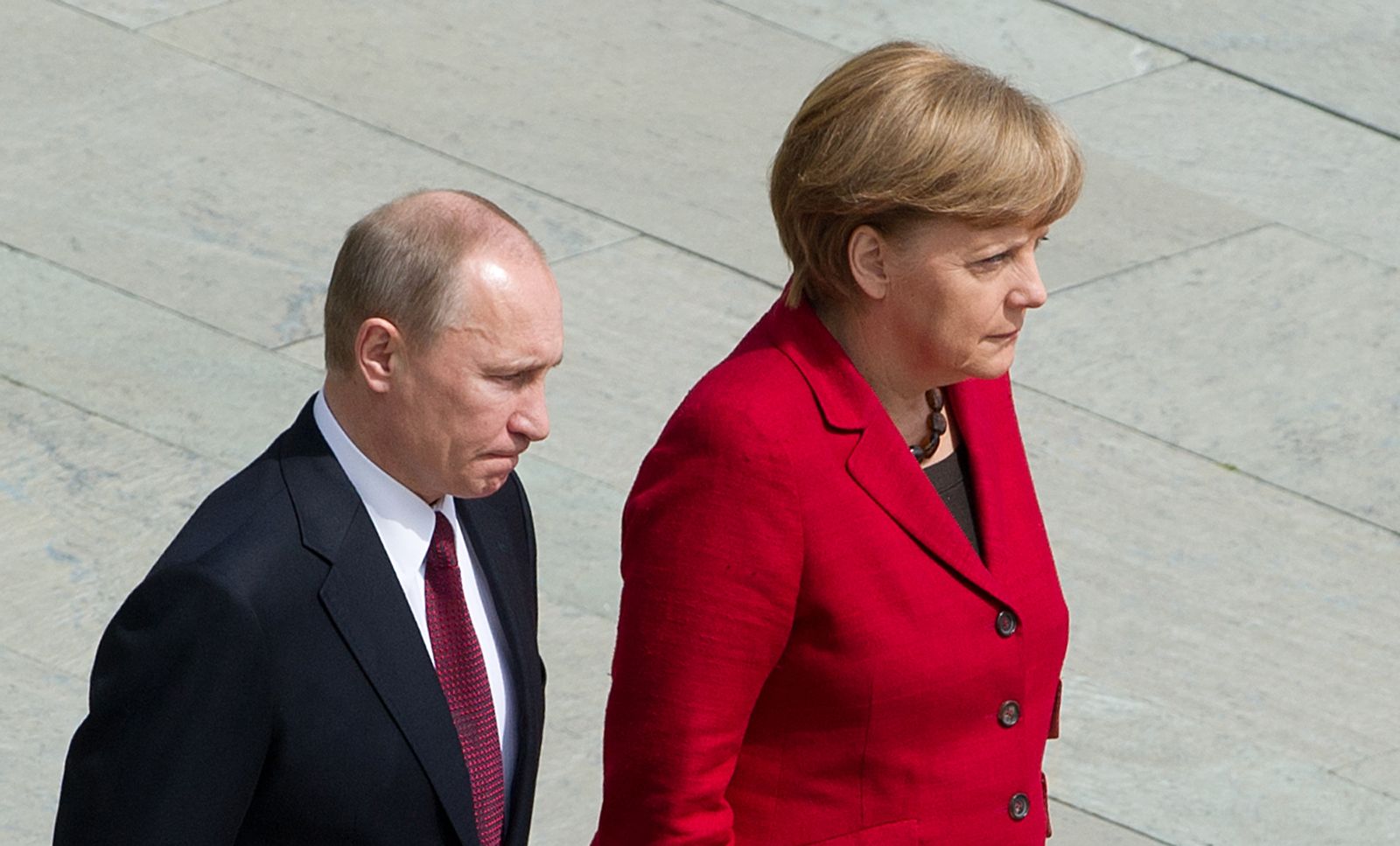 An archive photo of Putin and Merkel: German-Russian relations are more tense than ever.