People around the world are worried about the state of their national economies, reports a new global survey conducted by the respected Pew Research Center in Washington. The survey, which polled 26,000 people in 21 countries, found that only about a quarter of respondents (27 percent) were happy with the economic situation in their countries.

The survey found only four countries in which a majority of people were happy with and optimistic about the economic situation: China (83 percent), Germany (73 percent), Brazil (65 percent) and Turkey (57 percent).

Compared with a similar Pew survey conducted in 2008 -- that is, before the outbreak of the global financial crisis -- the recent poll found a striking decline in confidence. This, in turn, has led to a crisis in capitalism's economic model. In 11 out of the 21 states covered in the study, only up to a half of respondents said that they believe the free market economy leads to increased general well-being.

This loss of confidence was particularly pronounced in countries strongly impacted by the ongoing euro crisis. In Italy, confidence fell by 23 percent and, in Spain, by 20 percent. In both countries, there has been a steep decline in support for the premise that hard work can lead to increased prosperity.

The poll also found a sharp distinction between the rather optimistic mood in emerging economies, such as those of Brazil, China, India and Turkey, and the pessimistic attitude found in Europe, Japan and the United States. Less than a third of Americans stated that the country's economy is doing well at the moment. For countries in Europe, the average proportion of people thinking the same thing about their country's economy was only 16 percent, while the share has sunk to 7 percent in Japan.

What's more, the poll found that only one in 10 Europeans or Japanese believes that it will be easy for their children to achieve improved prosperity or better incomes. In contrast, 57 percent of Chinese are convinced that their children will be able to socially advance without problems.

The survey also found that disappointed citizens around the world have been losing confidence in their governments during the crisis. In 16 out of the 21 countries covered by the survey, the majority of respondents found that politicians were primarily to blame for the current economic malaise.

The complete study can be found at: http://pewglobal.org/ 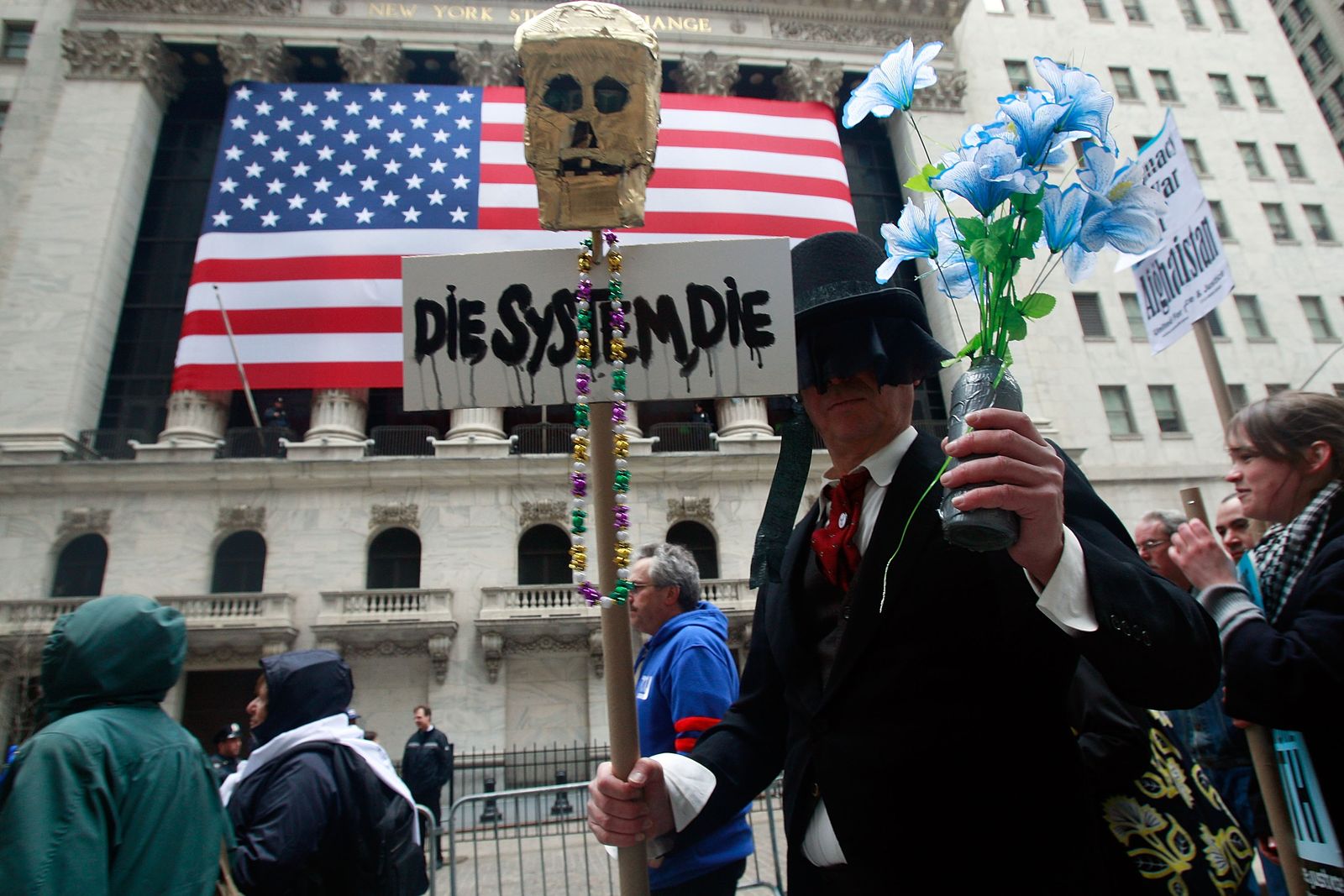 A new Pew survey has identified steep declines in support for capitalism around the world.